Supreme Court And Air Pollution: An Overview Of The Vehicular Pollution case (1985-2019) 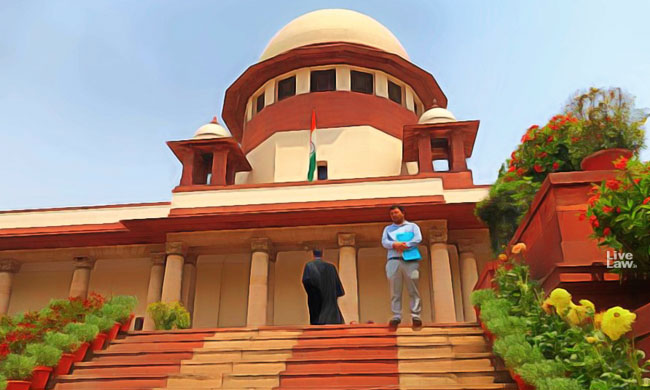 'Beating air pollution' is this year's environmental day theme. Pursuant to this, global community is taking concerted efforts to build consciousness about the environmental and health hazards posed by air pollution. The theme is central to India as a study by IQAir AirVisual and Greenpeace has identified 22 of 30 worst world's polluted cities in India. This highlights the pressing need...

'Beating air pollution' is this year's environmental day theme. Pursuant to this, global community is taking concerted efforts to build consciousness about the environmental and health hazards posed by air pollution. The theme is central to India as a study by IQAir AirVisual and Greenpeace has identified 22 of 30 worst world's polluted cities in India. This highlights the pressing need to have an effective mechanism to check pollution.

Legal efforts to curb pollution were taken as early as 1981, primarily by enacting the Air (Prevention and Control) Pollution Act, 1981. Despite having a specific law, pollution continued unabated. The issue is a multifaceted problem with various sources of emission of toxic air which did not get adequate attention from the government. This may have prompted many to approach an active judiciary for an effective solution. Over the three decades, Supreme Court of India has been hearing many issues relating to air pollution including pollution from vehicles, industries, burning of agricultural residues, burning of crackers, smoking in public spaces etc. Judiciary was instrumental in pushing the government to develop and adopt various policies and programmes for combating air pollution. Supreme Court was also severely criticised for overreaching its jurisdiction by adorning the role of a policy maker and a monitoring agency.

This article discusses one of the important cases, M. C. Mehta v. Union of India, commonly known as the Vehicular Pollution case (W.P. 13029 of 1985). Vehicular pollution is recognised as one of the main causes of air pollution as exhausts released from vehicles contains nitrogen dioxide, sulphur dioxide, carbon monoxide and fine particulate matter which adversely affect the environment, health and ecosystems.

Call for Planning and Action - Judgment of 14th March 1991

The petition in Vehicular Pollution case was filed to control air pollution caused by vehicles plying in Delhi. After referring to various data on vehicular pollution, the Supreme Court observed the inadequacy of the normal steps taken to check and control pollution. These efforts included emission checking, prosecution and cancellation of registration. The Court opined that the challenging task of pollution control "requires a clear perception and imaginative planning. It also requires sustained effort and result oriented strategic action". The Ministry of Environment and Forest as a response suggested constitution of a committee to devise methods for controlling pollution in Delhi. This was one of the important outcomes of this case as it has led to creation of a statutory authority, namely the Environment Pollution (Prevention and Control) Authority for the National Capital Region under the Environment Protection Act, 1986.

Since 1991, the Supreme Court heard various suggestions and pleas for reducing pollution from various stakeholders including various Ministries and Department, amicus curie, associations of automobile industry. The suggestions included use of clean fuel such as Compressed Natural Gas (CNG) instead of polluting fuel like diesel, requiring fitting of catalytic converter in exhaust system to reduce the release of air pollutants, supply of lead free petrol, phasing out of polluting old vehicles and so on. The next important judgment, perhaps the most important, is that of July 28th 1998.

This judgment was passed after directing Environment Pollution (Prevention and Control) Authority (EPCA) headed by Bhurelal to submit a report and action plan to tackle the problem of vehicular pollution in the National Capital Region (NCR). The Court approved the suggestions of the Bhurelal Committee and gave about 17 time-bound directions for arresting air pollution in the region. Important of these directions included restriction of plying of 15 year old commercial vehicles, complete conversion of city buses (both public and private) into CNG mode, replacement of all pre-1990s autos and taxis with new vehicles run on clean fuels, banning of 8 year old buses except on CNG or other clean fuels.

These directions with the stipulated timeframe created much uproar and several petitions were filed by many over the course of two to three years. Many of the diesel automobile manufacturers and vehicle owners approached the Court for some relief. Certain modification with respect to extension of time was allowed. A few relaxations such as permission to ply vehicles to those who have placed orders for CNG or new vehicles were also given. The directions passed by the Supreme Court had far reaching consequences especially on public transportation. The government therefore, approached the Court to balance the interest of public transportation and air pollution which led to another important judgment passed on 5th April 2002.

This judgment is pertinent as the Court was considering Centre's prayer that based on the recommendation of Mashelkar Committee, user may be allowed to choose the fuel of her choice provided the fuel has only 0.05% of sulphur content. The Court rejecting the plea, cautioned the Centre that one cannot abdicate the constitutional and statutory duty to preserve environment and protecting public health. The three judge bench comprising B.N. Kirpal, V. N. Khare and Ashok Bhan reiterated the link between right to health and right clean environment. They clarified that CNG is considered as a clean fuel and supply of CNG to transport sector should be the priority of the government. The Court also passed strict orders by denying application seeking extension of time for phasing out diesel run buses and by imposing penalty of Rs.500 per day for plying diesel buses. This penalty is to be increased to Rs.1000 per day after 30 days of operation. The Court suggested that LPG or other alternate fuel as suggested by Bhurelal Committee can be considered. Several aspects of an automobile fuel policy were also laid down to be considered by the government.

One of the main policy decisions to combat air pollution is through controlling fuel quality standard which was also influenced by orders in the Vehicular Pollution case. Modelled on Euro norms, India developed its own emission standards, namely Bharat Stage. The BS introduced new standards for producing better fuels which emit less air pollutants such as particulate matter, nitrogen dioxide, carbon monoxide from internal combustion engine. The Supreme Court order dated 29th April 1999 had directed that all private non-commercial vehicles in NCR should confirm to Euro II norms. The government of India passed its Auto Fuel Policy in 2003 which mentioned shifting to Bharat Standard (BS) IV by 2010. BS IV standard was initially applicable to a few metropolis and by 2017 to the entire country.

The Vehicular pollution case was also significant since the Supreme Court ordered imposition of 'Environment Compensation Charge' (ECC) on all light and heavy duty commercial vehicles entering Delhi from outside. The amount collected is ordered to be exclusively used for augmenting public transport and improving roads, particularly for most vulnerable users, that is, cyclists and pedestrians in Delhi. Later, several vehicles such as passenger vehicles, ambulance, vehicles transporting essential commodities like food items and oil were exempted from ECC. The direction of restriction on vehicles entering Delhi was very stringent as those registered in the year 2005 or earlier shall not qualify for such entry. The Court also clarified that vehicles running on CNG are not required to pay ECC. In addition, those private vehicles with 2000cc diesel engine are required to pay 1% of ex-show room price as ECC for allowing them to ply in Delhi.

The latest judgment is that of 24th October 2018. In this, bench consisting of Justice Madan Lokur, Justice Deepak Gupta and Justice Abdul Nazeer, was hearing the petition of whether accumulated stock of BS IV compliant vehicles manufactured till March 2020 can be registered till September of 2020. Sub-rule 21 of Rule 115 stated that accumulated stock of BS IV compliant vehicles manufactured before 1st April 2020 but sold in drive away chassis can be registered till September 2020. The Supreme Court relying on purposive interpretation, read down the sub-rule 21 of rule 115 of the Motor Vehicles Rules, 1989. The Court ruled that no BS IV compliant vehicles can be sold or registered from 1st April 2020. This is to ensure that by 1st April 2020, the whole India will shift from BS IV to BS VI standard. It is pertinent to note that the Court affirmed that no one has a right to manufacture polluting vehicles when the technology for producing less polluting vehicles is available.

From the above discussions it is evident that judiciary played a key role in devising stringent emission control norms for vehicles. The issue of vehicular pollution is now being recognised as not just confined to NCR but as a menace affecting the entire country.

Alphonsa Jojan is a Senior Research Assistant of Dakshin Foundation.