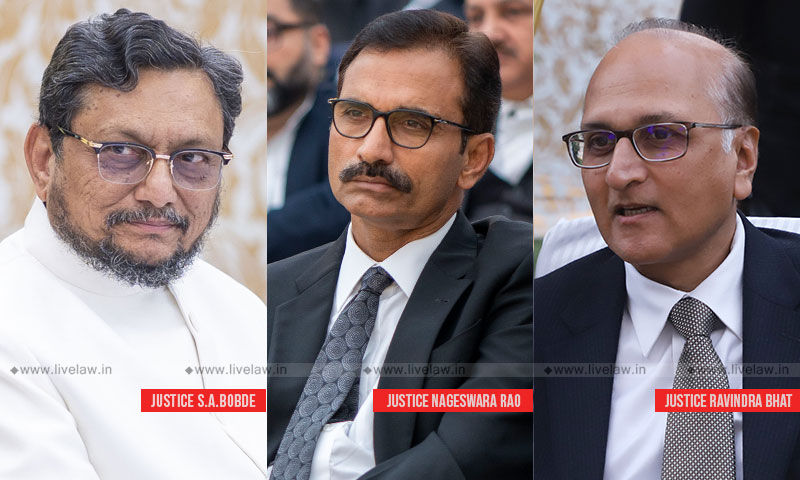 The Supreme Court on Tuesday directed the High Courts to adopt the draft rules of criminal practice, which has been prepared by amici curiae Senior Advocates R Basant, Sidharth Luthra and Advocate K Paremshwar, within a period of 6 months.The High Courts shall take expeditious steps to adopt the said draft rules and ensure that existing rules are suitably modified within a period of 6 months,...

The Supreme Court on Tuesday directed the High Courts to adopt the draft rules of criminal practice, which has been prepared by amici curiae Senior Advocates R Basant, Sidharth Luthra and Advocate K Paremshwar, within a period of 6 months.

The High Courts shall take expeditious steps to adopt the said draft rules and ensure that existing rules are suitably modified within a period of 6 months, the Supreme Court ordered.

If the state government's co-operation is necessary in this regard, the approval of the concerned department or departments, and the formal notification of the said Draft Rules, shall be made within the said period of six months

The Court further directed the Union Government and the State Government to make consequential amendments to police rules within a period of 6 months.

A bench comprising CJI SA Bobde, Justices L Nageswara Rao and S Ravindra Bhat passed the order in the suo moto case In Re: To Issue Certain Guidelines Regarding Inadequacies and Deficiencies in Criminal Trials.

The Court had appointed Senior Advocates R Basant, Sidhath Luthra and Advocate K Paremeshwar as amici curiae in the case. The amici had submitted a Draft Rules of Criminal Practice before the Court. The draft rules of criminal practice may be read here.

The Court had later sought the views of the High Courts to the draft rules of criminal practice framed by the amici curiae.

The major highlights of the draft rules -which were prepared after consultations with the High Courts and State Governments - are as follows :

Every Medico Legal Certificate, Post Morton Report shall contain a printed format of the human body (both frontal and rear view) on its reverse and injuries, if any, shall be indicated on such sketch.

Photographs and video graphs of post mortem in certain cases

Such photographs or videography shall be seized under a panchnama or seizure memo, for proof during Trial accompanied by certificate under Section 65B of the Evidence Act.

A site plan shall be prepared by the IO by hand, indicating specified details, and it shall be appended to the spot panchnama. The same shall be followed by preparation of a 'scaled site plan' by the police draftsman and all the relevant details shall be marked in the panchnama and corrected in the site plan.

Every accused shall be supplied with statements of witness recorded under Sections 161 and 164 of CrPC and a list of documents, material objects and exhibits seized during investigation and relied upon by the IO.

The order framing charge shall be accompanied by a formal charge in Form 32, Schedule II, CrPC to be prepared personally by the Presiding Officer after complete and total application of mind.

The deposition of witnesses shall be recorded in typed format in both the language of the witness as well as in English and will be read over by the Presiding Officer without any exception.

Further, hard copy of the testimony so recorded duly signed will be a true copy by the Presiding Officer/court officer and it shall be made available free of cost against receipt to the accused or an advocate representing the accused, to the witness and the prosecutor on the date of recording.

The Presiding Officers will not record evidence in more than one case at the same time.

The deposition of each witness shall be recorded dividing it into separate paragraphs (or in question answer format where necessary) assigning paragraph numbers, naming Prosecution witnesses as PW1 etc., Defence witnesses as DW1, etc. and Court witnesses as CW1, etc.

The record of depositions shall indicate the date of the chief examination, cross examination and re-examination.

Objections by either the prosecution or the defence counsel shall be taken note of and reflected in the evidence and decided expeditiously in accordance with the law.

Exhibition of material objects and evidence

To easily locate witness through whom a document was introduced in evidence, the exhibit number shall show the witness number of such witness; if an exhibit is marked without proper proof the same shall be indicated by showing in brackets (subject to proof).

After framing of charges, the accused shall be referred to only by their ranks in the array of accused in the charge and not by their names or other references except at the stage of identification lay the witness.

References to statements under Section 161 and 164 CrPC

During cross examination, the relevant portion of the statements recorded under Section 161 CrPC used for contradicting the respective witness shall be extracted, if it is not possible to extract the relevant part as aforesaid, the Presiding Officer, in his discretion, shall indicate specifically the opening and closing words of such relevant portion, while recording the deposition.

In such cases, mere the relevant portion is not extracted, the portion shall be distinctly marked as prosecution or defence exhibit as the case may be.

The aforesaid rule applicable to recording of the statements under Section 161 shall mutatis mutandis apply to statements recorded under Section 164 of the CrPC, whenever such portions of prior statements of living person's are used for contradiction/corroboration.

Omnibus marking of the entire statement under S. 161 and 164 CrPC shall not be done.

The Presiding Officers shall ensure that only admissible portion of Section 8 or Section 27 Indian Evidence Act, 1872 is marked and such portion alone is extracted on a separate sheet and marked and given an exhibit number.

Further, in compliance with Section 354 and 355 CrPC, the judgments shall contain the points for determination, the decision thereon, and the reasons for the decision.

In case of conviction, the judgment shall separately indicate the offence involved and the sentence awarded. In case there are multiple accused, each of them shall be dealt with separately. In case of acquittal and if the accused is in confinement, a direction shall be given to set the accused at liberty, unless such accused is in custody in any other case.

The judgment the accused, witnesses, exhibits and material objects shall be referred to by their nomenclature or number and not by names or otherwise. Whatever, there is a need to refer to the accused or witnesses by their name, the number shall be indicated within brackets.

The judgment shall be written in paragraphs and each paragraph shall be numbered in serial. The Presiding Officers may, in their discretion, organize the judgment into different sections.

The Presiding Officer may in an appropriate case in its discretion insist on a statement to be filed by the prosecutor in charge of the case.

Separation of Prosecutors and Investigators

The State Governments shall appoint advocates, other than Public Prosecutors, to advise the Investigating Officer during investigation.

In every enquiry or trial, the proceedings shall be held as expeditiously as possible, and in particular when the examination of witnesses has once begun, the same shall be continued from day to day until all the witnesses in attendance have been examined unless court finds adjournment of the same beyond the following day to be necessary for reasons to be recorded. (Section 309(1) CrPC)

After the commencement of the trial, if the court finds it necessary or advisable to postpone the commencement of, or adjourn, any inquiry or trial, it may, from time to time, for reasons to be recorded postpone or adjourn the same on such terms as it thinks fit, for such time as it, considers reasonable. If witnesses are in attendance no adjournment or postponement shall be granted, without examining them, except for reasons to be recorded, in writing. (Section 309(2) CrPC)

Sessions cases should be given precedence over all other work and no other work should be taken up on sessions days until the sessions work for the day is completed. A sessions case once posted should not be adjourned unless that is unavoidable, and once the trial has begun, it should proceed continuously from day to day till it is completed. If for any reason, a case has to be adjourned or postponed, intimation should be given forthwith to both sides and immediate steps be taken to stop the witnesses and secure their presence on the adjourned date.

Title : In Re To Issue Certain Guidelines Regarding Inadequacies and Deficiencies in Criminal Trial v State of Andhra Pradesh