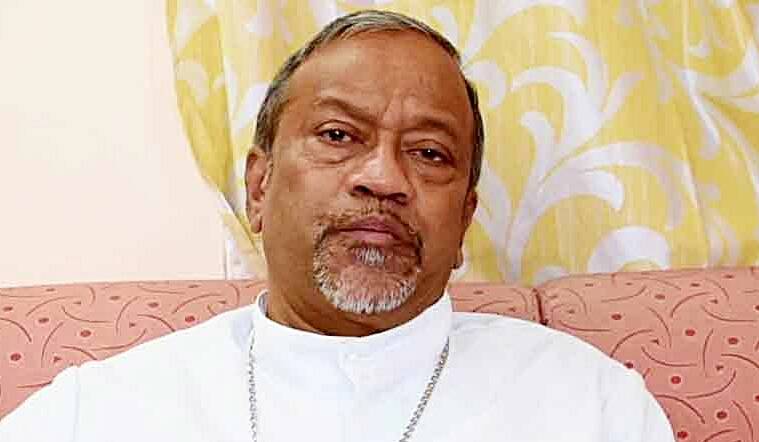 In a plea seeking directions to stop attacks against Christian priests and Christian institutions across the country, the Supreme Court, on Thursday, directed the Union Ministry of Home Affairs to obtain verification reports from 8 states, namely, Bihar, Haryana, Chhattisgarh, Jharkhand, Odisha, Karnataka, Madhya Pradesh and Uttar Pradesh on the steps taken by their respective...

In a plea seeking directions to stop attacks against Christian priests and Christian institutions across the country, the Supreme Court, on Thursday, directed the Union Ministry of Home Affairs to obtain verification reports from 8 states, namely, Bihar, Haryana, Chhattisgarh, Jharkhand, Odisha, Karnataka, Madhya Pradesh and Uttar Pradesh on the steps taken by their respective law enforcement agencies with respect to the violence alleged in the plea. The Apex Court was of the view that the collated reports would aid it in forming opinion on States' compliance with the directions issued in the judgment of Tehseen Poonawalla v. Union of India.

A Bench comprising Justices D.Y. Chandrachud and Hima Kohli stated that the Chief Secretaries of each of the 8 states named above are to provide information on the following aspects in their verification reports -

The petitioners have been directed to provide a detailed breakup of the incidents of violence indicated in the petition to the office of Solicitor General, Mr. Tushar Mehta within a period of 4 weeks. The Bench further directed that the exercise of verification to be carried out within 2 months thereafter and an affidavit be filed before the Court.

However, it was made abundantly clear that by directing the State Governments and the Centre to undertake the above-mentioned exercise it has not expressed any opinion on the veracity of the allegations raised in the plea.

Archbishop Of Bangalore Diocese Dr. Peter Machado along with the National Solidarity Forum, the Evangelical Fellowship of India are the petitioners herein.

According to the petition, the present PIL has been filed against the "sinister phenomena of violence" and "targeted hate speech" against the Christian community of the country by vigilante groups and members of right-wing organisations. It submits that such violence has been rising owing to the failure of the State machinery to protect its own citizens.

The petition argues that there is failure by the Central and State Governments and other State machineries in taking immediate and necessary actions against groups that have caused widespread violence and hate speech against the Christian community including attacks at their places of worship and other institutions run by them.

On a previous occasion, the Apex Court had clarified that it will not get into the enquiry of individual cases. It noted that the judgment in Tehseen Poonawalla v. Union of India, wherein the Apex Court had issued a slew of directions regarding mob violence and lynching, already being in place, in the present proceedings the Court merely has to see if the framework is being followed by the State Government. As the Bench was inclined to issue notice, Solicitor General, Mr. Tushar Mehta sought permission to file a reply. He beseeched the Bench to consider his response before issuing notice in the matter.

As per the preliminary objection has been filed by the Central Government through the Deputy Secretary, Ministry of Home Affairs, it has opposed the plea saying that the petitioners have resorted to falsehood and have based their petition on some selective self-serving document and mere conjectures.

The Centre's response states that the petitioners had relied on information gathered from press reports, "independent" online databases and from findings of various non-profit organisations. The Centre said that "enquiries reveal that the majority of the incidents alleged as Christian persecution in these reports were either false or wrongfully projected". It further submits that criminal cases arising out of personal issues have been given communal colour. The allegation that police have been negligent and biased has also been countered to be baseless. On the contrary, the Centre's response clarifies that the police has taken prompt action and conducted necessary investigation as per law. The response notes -

"It is a recent trend that certain organisations start planting articles and preparing self- serving reports themselves or through their associates, which eventually become the basis of a writ petition / PIL. This is a hazardous trend and defeats the very object as to why PIL jurisdiction was originated by this Hon'ble Court."

It is submitted that there appears to be an oblique motive behind the petitions; it is alleged that the agenda might be to create unrest throughout the country and perhaps to get assistance from foreign countries to meddle with India's internal affairs. The response reflects that the Centre thinks it fit that the affected parties approach the State law enforcement agencies or the respective High Courts with their grievances.

What Transpired in Court Today

Senior Advocate, Mr. Colin Gonsalves appearing on behalf of the petitioner submitted that though a clean chit has been given by the Centre to the police officials in their affidavit, it is in stark contrast to the data provided in the plea and rejoinder filed by the petitioner. Relying on the same, he argued that police have acted in connivance with the perpetrators in almost all instances of violence put forth by the petitioner. Regarding the authenticity of the data, he emphasised that the same have been compiled about interviewing the family members of the victim.

"Kindly turn to pg. 4. It tells of the connivance of the police in almost all these crimes. We have compiled this after contacting the victims' family."

Considering the submission made in the Centre's affidavit, Justice Chandrachud enquired about the nature of the cases that have been included in the petition as instances of violence against the Christian community. He opined that all attacks on members of a community might not bear a communal colour.

"What is the nature of these cases? Members of any community can be subjected to criminal attack. All attacks are not communal in nature."

Mr. Gonsalves pointed out that the data discloses around 505 instances of violence in 2021 and the total number of incidents over a span of two years (2021-22) would be around 700. He further submitted that the victims of the attacks are mostly pastors. It was alleged that after the attack on Christian priests the police, instead of helping them out, would stop the prayer meetings where the attacks were carried out.

Refuting the allegation of false accusation, raised by the Centre, Mr. Gonsalves averred that the data provided in the plea is not collated by Christian institutions, but by independent human rights organisations.

Justice Chandrachud asked him, "Have FIRs been filed in all these cases?"

Mr. Gonsalves responded, "Non cognizable FIR is filed in these cases and in a couple of hours they(perpetrators) are released."

He added that while the law enforcement agencies could manage to arrest only 23 perpetrators, they had arrested 510 pastors.

Justice Chandrachud proposed that the MHA can be asked to have a nodal officer who can collect data from the State Government regarding the measures taken by them to deal with such cases of violence in line with the judgments in Kodungallur FilmSociety v. UoI, Tehseen Poonawalla v. UoI and Shakti Vahini v. UoI.

Solicitor General, vehemently opposing the allegations raised in the plea, appraised the Bench that the Union Government had already undertaken the task of conducting 'a fact check and inquiry'. He pointed out that the preliminary factual check reveals that police had taken prompt action. It is highlighted that the ones affected have not sought remedy in law, but the petitioners, allegedly with ulterior motives have approached the Court.

The Bench assured him that it is not making any presumptions regarding the veracity of the allegations raised in the petition, but only directing the State Government to carry out a verification exercise. Considering that it might not be feasible to verify all incidents, it noted, some sample States, preferably the ones with more incidents of attacks can be chosen for the purpose of conducting inquiry.

"We are not starting with the presumption that what they are saying is true, but we can carry out a verification exercise. We can take out some sample cases. We can pick 3 or 5 states. We can ask your ministry to get information from these States"

Mr. Mehta asserted, "That is the exercise we have done…This is not the first time I am witnessing this kind of plea. It is a pattern."

Justice Chandrachud reckoned, "When they point out facts that warrant our further scrutiny then we have to conduct an exercise to verify…Let there be an overall verification in some selected states and give us the report. Then we can separate the grain from the chaff and see which cases require our interference.

Mr. Mehta submitted, "I have said in my affidavit that most of the cases (of violence) are false."

Justice Chandrachud pointed out the difficulty in accepting the preliminary fact check and inquiry carried out by the Centre as it does not disclose details pertaining to the process of verification.

"But the problem is, you have not told us how you verified it."

Mr. Mehta responded that information was collected from the concerned authorities -

"We cannot make such affidavits sitting in our office. It is from information by concerned authorities."

Directions Sought in the petition :

The petition has sought setting up of Special Investigation Teams with officers from outside the States where the incidents set out to register FIRs, conduct criminal investigations and prosecute the criminal offenders in accordance with law.

The petitioners have sought directions for an order directing each state to provide police protection for prayer meetings, and directing the SITs to identify and prosecute such members of the political/social organisations who conspired and instigated the assaults as described in this petition.