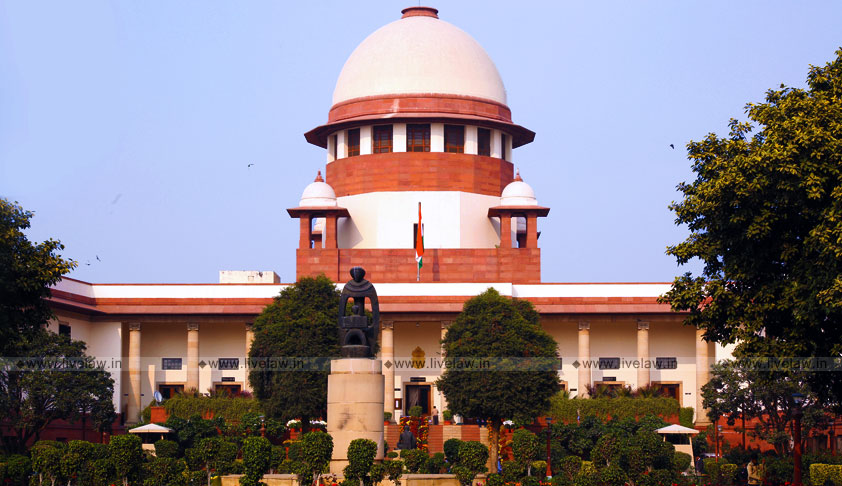 x
The petition alleges that by the impugned provisions, the rights of minorities to establish and administer institutions is curtailed.

A petition has been moved in the Supreme Court challenging the constitutionality of several provisions of Ordinances of the University of Allahabad, and Clause 4.1V(B)(i) of the UGC Regulations on Minimum Qualifications for Appointment of Teachers and other Academic Staff in Universities and Colleges and Measures for the Maintenance of Standards in Higher Education, 2018.

The plea by the Association for Education of Muslim Women at Allahabad submits that the aforesaid provisions are ultra-vires and violative of Articles 19(1)(g), 29(1) and 30(1) of the Constitution, and the law laid down by the Supreme Court in the cases of T. M. A. Pai and D. A. V. College v. State of Punjab.
It is stated that the Petitioner operates an aided Minority Institution going by the name of the Hamidia Girls' Degree College, which was established in the year 1975 as a Constituent College of the Allahabad University. The petition, filed through advocate Zoheb Hossain, that by the impugned provisions, the rights of minorities to establish and administer institutions is curtailed.
The plea urges that the impugned provisions:
(i) require the management and administration of constituent colleges of the Allahabad University including minority institutions to be carried out through a Society whose Governing Body is to include nominees of the Vice-chancellor;
(ii) prohibit the Petitioner-Association from managing institutions other than the Constituent College;
(iii) subject constituent colleges of the Allahabad University, including minority institutions, to Ordinances and Regulations of the University governing admission and empowers the Principal to determine the procedure for admission;
(iv) provide for the appointment of teachers through a Selection Committee comprising of nominees of the Vice-chancellor;
(v) provide for the appointment of Principals through a Selection Committee comprising of nominees of the Vice-chancellor;
(vi) provide for the extension of the tenure of a Principal on recommendation of a Committee constituted by the University
(vii) provide that in case of absence of Principal or vacancy in the post of Principal the senior-most teacher would officiate as Principal and requires the concurrence of the Vice-chancellor with the officiating arrangement;
(viii) provides for resolution of disputes between colleges and employees through an arbitral tribunal consisting of one member nominated by the college, one member nominated by the employee and an umpire nominated by the Vice-chancellor;
(ix) require the prior approval of the Vice-chancellor in order to take disciplinary action; and
(x)delegate to the regulation-making powers of the University, the power to provide for appointment of Non-teaching staff through Selection Committees.
It is pointed out that by way of the impugned letter dated 25.06.2021 issued by the Dean of the Allahabad University, the Hamidia Girls' Degree College has been asked to initiate steps to appoint nominees of the Vice-Chancellor of the University to the Governing Body of the College, in accordance with the provisions of Ordinance XXXV of the Ordinances of the University of Allahabad, and in view of the same, the petitioner has approached the Supreme Court, challenging the above provisions.

Case Title: Association for the Education of Muslim Women at Allahabad v. Union of India & Ors.