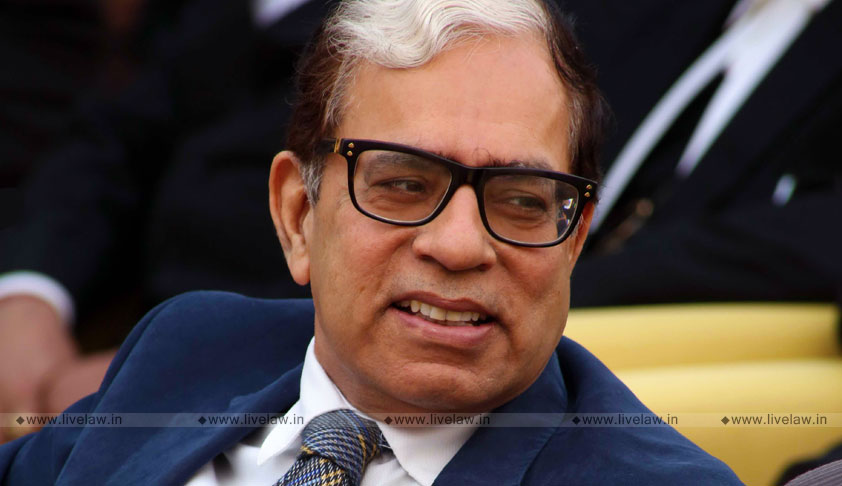 Supreme Court on Tuesday while allowing an application filed by the Ministry of Defence for the double-lane widening of roads that are part of the 899-km Char Dham project in Uttarakhand, has appointed an oversight committee headed by Justice AK Sikri.In this regard, bench comprising Justice DY Chandrachud, Justice Surya Kant and Justice Vikram Nath has observed as follws; "We allow...

Supreme Court on Tuesday while allowing an application filed by the Ministry of Defence for the double-lane widening of roads that are part of the 899-km Char Dham project in Uttarakhand, has appointed an oversight committee headed by Justice AK Sikri.

In this regard, bench comprising Justice DY Chandrachud, Justice Surya Kant and Justice Vikram Nath has observed as follws;

"We allow the ministry of defence's miscellaneous application of 2020 by permitting the double lane paved shoulder configuration for the three strategic highways. At the same time, we have also taken note of the environmental concerns raised by the HPC on its unanimous consideration of the project and the remedial measures recommended. We direct that they have to be implemented by the MORTH and Ministry of defence. In order to ensure implementation of these recommendations, we also set up an oversight committee which will directly report to this court. This committee shall be chaired by Justice AK Sikri. In order to enable the chairperson to receive technical assistance, he shall be aided by a representation of the national environment engineering research Institute, to be nominated by the director and a representative of the Forest research Institute, University of Dehradun. The oversight committee shall receive all logistical and administrative convenience from the union of India, MORTH, MOD, state of Uttarakhand. The MORTH and MOD shall also nominate nodal officers for rendering assistance, providing information and cooperating with the work of the committee. The district magistrates for the districts forming part of the project will also provide assistance to the committee

The objective of the oversight committee is not to undertake an environmental analysis of the project afresh but to assess the implementation of the recommendations of the HPC. A formal notification on this behalf shall be issued by the Union of India within two weeks. Within four weeks, the MoD and MORTH shall place before the committee the steps taken by them in pursuance of the HPC recommendations along with projected timelines for complying with the same. Monthly Reports of this nature shall be placed before the committee. The committee shall report to this court every four months. In case of any issue with regard to implementation, the chairperson shall be open to approach this court at anytime.

In terms of the 8 August 2019 order of this court, the HPC is directed to oversee implementation of its measures and suggest further measures. To avoid overlap , we clarify that the HPC shall continue with its work of overseeing the implementation of its recommendations, except the national highways from Rishikesh to Mana, Rishikesh to Gangotri, Tanakpur to Pithoragarh, which are now within the purview of the oversight committee. We allow the MA of the Ministry of defence, conditioned upon fulfilment of the conditions outlined"

Other Highlights of Judgment

'No malafides in modification application of MOD; Impermissible to interrogate policy choice of establishment entrusted by law with defence of nation'