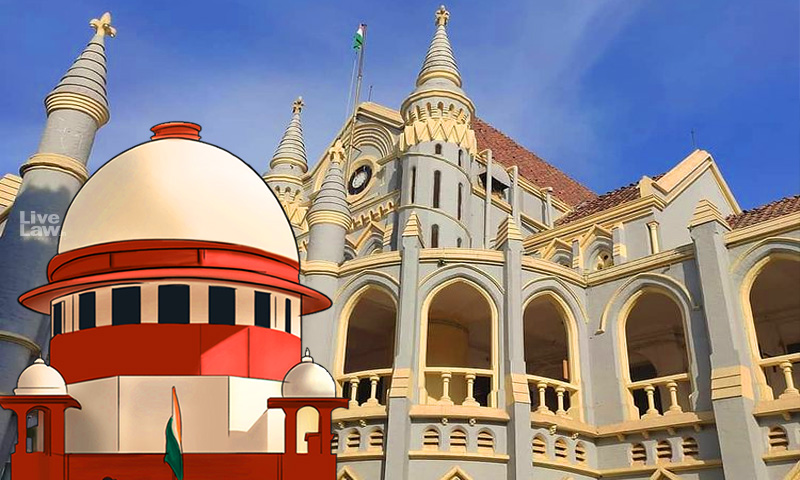 In a significant judgment, the Supreme Court on Thursday directed the Madhya Pradesh High Court to reinstate a resigned woman Additional District Judge, who had raised sexual harassment allegations against a then sitting judge of the Madhya Pradesh High Court.The Supreme Court held that her resignation, in the circumstances of the case, cannot be "construed as voluntary" and therefore quashed...

The Supreme Court held that her resignation, in the circumstances of the case, cannot be "construed as voluntary" and therefore quashed the decision of the High Court to accept her resignation.

While ordering her reinstatement as an Additional District Judge, the Supreme Court held that she will not be entitled to backwages, but will be entitled to continuity in service with all consequential benefits.

The Court was delivering verdict in the the writ petition filed by a woman Additional District Judge (ADJ) seeking to be reinstated on the ground that her resignation was due to coercion.

On 01.02.2022, a Bench comprising Justices L. Nageswara Rao and B.R. Gavai had reserved the judgment.

The Supreme Court had earlier suggested to the Madhya Pradesh High Court to consider reinstating the petitioner. However, the Full Court of the MP HC took a decision that her request cannot be accepted.

Today, Justice Gavai, before pronouncing the judgment, said : "We have not gone into the correctness of the resolution of the Full Court rejecting the representation. We have independently examined the material on record, assessed the transfer orders, the rejection of her representation and whether the resignation can be considered voluntary".

Then Justice Gavai read out the operative portion of the judgment: "Writ petition is partly allowed.  We hold and declare that the petitioner's resignation from the post of ADJ cannot be construed to be voluntary and the order dated 17th July, 2014 passed by Respondent No. 2 accepting the resignation of the petitioner is quashed and set aside. The Respondents are directed to reinstate the Petitioner forthwith as ADJ, though the petitioner would not be entitled to back wages, should be entitled to continuity in services with all consequential benefits w.e.f. 15th July, 2014. No order as to cost".

The petitioner alleged that hostile transfer orders were passed as she did not act as per the demands of the supervising High Court judge. She complained that was faced with transfer from a Category 'A' city to Category 'C' city and also a Naxal affected area, in violation of the extant transfer policy of the High Court. Since the transfer would have prevented her from being with her daughter who was then appearing for the board exams, she was faced with no option but to resign. Later, she approached the Supreme Court asserting her right to be reinstated.

The petitioner had joined the Madhya Pradesh Higher Judicial Services in 2011. After her training, she was posted as an Additional District Judge. The respondent High Court Judge was in-charge of assessing the work of the petitioner.

After resigning, on 01.08.2014, the petitioner sent a letter to the Chief Justice of India ("CJI"), inter alia, seeking consideration of the hostile circumstances under which she was forced to resign. On 09.08.2014, Chief Justice of MP High Court apprised the CJI, that he had constituted a two-member committee to look into the issue.

The petitioner filed a Writ Petition before the Supreme Court challenging the constitution of the said In-House Committee and the Apex Court held that the Chief Justice of the High Court had exceeded the authority by delving into a more holistic determination than what was prescribed under the "In-House Procedure." Thereafter, the CJI constituted an In-House Committee. In its report dated 02.07.2015, it stated that the material was insufficient to establish the charge of sexual harassment, but ordered not to rely on its findings.

On 04.03.2015, 58 members of the Rajya Sabha gave notice to the Chairperson of a motion for removal of the concerned judge under Article 217(1)(c) read with Article 124(4) of the Constitution of India on grounds of sexual harassment of a woman ADJ; victimisation of the ADJ for not submitting to his demands, by transferring her; misusing position as Administrative Judge of High Court.

Accordingly, the Chairperson of Rajya Sabha set up a Judges Inquiry Committee ("JIC") presided by Justice R. Bhanumathi and comprising the then Chief Justice of the Calcutta High Court, Manjula Chellur and Senior Advocate, K.K. Venugopal(as he was then). On 15.12.2017, the JIC had submitted its report, wherein, inter alia, it had found the transfer order to be punitive, irregular, unjustified and not in the interest of the administration.

"62.…The transfer committee committed an irregularity on solely relying on the recommendation of District Judge Kamal Singh Thakur and without making any verification or enquiring on the same, was not justified in transferring the complainant in mid-session. Equally unjustifiable was the rejection of her representations. Transfer of the complainant also does not seem to be in the interest of the administration and, in our view, it was punitive."

According to the report, the interference of the respondent Judge with respect to the transfer was improper conduct, but not misbehaviour.

"65. The interference of the respondent judge in transfer of the complainant may be an improper conduct. But the same will not amount to 'misbehavior' within the meaning Article 124 (4) read with Article 217 of the Constitution of the India."

The petitioner, in 2017, made a representation to the MP High Court seeking reinstatement. It was rejected by a Full Court of the High Court. In 2018, she approached the Supreme Court seeking reinstatement and asserted that her resignation was not voluntary. A three-judge bench of the Apex Court asked the Full Court to reconsider their decision. The Full Court decided against reinstating. Again, on 12.02.2020, a bench headed by the then CJI asked the High Court to deliberate and arrive at a settlement. As the High Court, once again, decided not to reinstate, the CJI suggested that the petitioner could be reinstated; sent to another state; not claim any dues; but maintain seniority, which was not agreed upon by the High Court.

Constitution of India, 1950- Article 32 and 226 - Judicial Review- The principle of fairness has an important place in the law of judicial review and that unfairness in the purported exercise of power can be such that it is abuse or excess of power. The court should interfere where discretionary power is not exercised reasonably and in good faith. (Para 40)

Transfer Guidelines/Policy of the High Court of Madhya Pradesh - Transfer Policy may not be enforceable in law, but when the Transfer Policy has been framed by the MP High Court for administration of the District Judiciary, every Judicial Officer will have a legitimate expectation that such a Policy should be given due weightage, when the cases of Judicial Officers for transfer are being considered. (Para 41)

Constitution of India, 1950 - Article 14 - There is a presumption of validity of the State action and the burden is on the person who alleges violation of Article 14 of the Constitution of India to prove the assertion - Where no plausible reason or principle is indicated nor is it discernible and the impugned State action appears to be arbitrary, the initial burden to prove the arbitrariness is discharged, thereby shifting onus on the State to justify its action as fair and reasonable. If the State is unable to produce material to justify its action as fair and reasonable, the burden on the person alleging arbitrariness must be held to be discharged. (Para 55)

Constitution of India, 1950 - Article 32, 226 and 14 - Judicial Review - Arbitrariness - The limited scope of judicial review is only to satisfy that the State action is not vitiated by the vice of arbitrariness and no more - It is not for the courts to recast the policy or to substitute it with another which is considered to be more appropriate - The attack on the ground of arbitrariness is successfully repelled by showing that the act which was done, was fair and reasonable in the facts and circumstances of the case. (Para 55)

Words and Phrases- "Legal malice" or "malice in law" - State is under the obligation to act fairly without ill will or malice — in fact or in law. "Legal malice" or "malice in law" means something done without lawful excuse. It is an act done wrongfully and wilfully without reasonable or probable cause, and not necessarily an act done from ill feeling and spite. Where malice is attributed to the State, it can never be a case of malice or spite on the part of the State. It would mean exercise of statutory power for "purposes foreign to those for which it is in law intended". It means conscious violation of the law to the prejudice of another, a depraved inclination on the part of the authority to disregard the rights of others. (Para 58)

Service Law - Transfer - Normally an order of transfer, which is an incident of service should not be interfered with, unless it is found that the same is mala fide - Mala fide is of two kinds — one 'malice in fact' and the second 'malice in law'. When an order is not based on any factor germane for passing an order of transfer and based on an irrelevant ground, such an order would not be sustainable in law. (61)

Law of Precedents - A decision is an authority only for what it actually decides. Every judgment must be read as applicable to the particular facts, proved or assumed to be proved. The generality of the expressions found there, is not intended to be exposition of the whole law, but governed and qualified by the particular facts of the case in which such expressions are to be found. (Para 93)

Law of Precedents - The ratio decidendi is a rule deducible from the application of law to the facts and circumstances of a case and not some conclusion based upon facts which may appear to be similar. - One additional or different fact can make a world of difference between conclusions in two cases even when the same principles are applied in each case to similar facts. (Para 94)