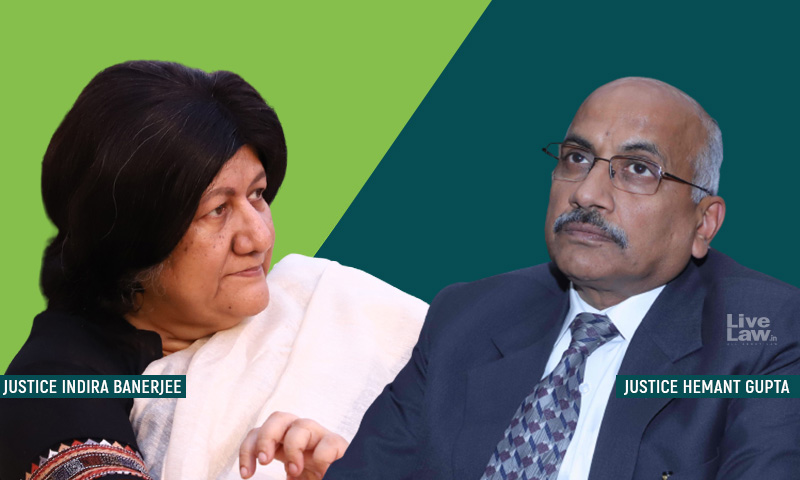 A vacation bench of the Supreme Court on Thursday dismissed a plea which challenged the reservation notification issued by the State Election Commission for local body heads on the ground that it lead to successive/consecutive reservations of the posts of Panchayat Presidents and Municipality Chairpersons."Election process can't be interfered with in the middle", a bench comprising...

A vacation bench of the Supreme Court on Thursday dismissed a plea which challenged the reservation notification issued by the State Election Commission for local body heads on the ground that it lead to successive/consecutive reservations of the posts of Panchayat Presidents and Municipality Chairpersons.

"Election process can't be interfered with in the middle", a bench comprising Justices Indira Banerjee and Hemant Gupta observed while dismissing the petition.

Senior Advocate Jaideep Gupta, appearing for the State of Kerala, told the bench that the High Court has left the question of law regarding the validity of consecutive reservations opened, and that the judgment was based on the narrow premise that election process cannot be interfered with while it is under progress.

Though the counsel for the petitioner argued that the elections of President was distinct from that of election of local body representatives by the general public, the bench was not persuaded.

Senior Advocate Gupta submitted that the same election notification covers both the processes and that one cannot be separated from another.

The bench observed that it was in agreement with the High Court decision. It also cited the constitutional bar under Article 243O of the Constitution of India which bars interference by courts in electoral matters. The bench observed that the petitioner may file an election petition before the appropriate forum in accordance with law with respect to his grievances.

The special leave petition was filed against a division bench judgment of the Kerala High Court which had set aside a direction issued by a single bench to the State Election Commission to recast the reservations for scheduled castes and women to the posts of Presidents and Chairpersons of Panchayats and Municipalities.

On November 16,  a single bench of Justice A Muhamed Mustaque had issued the direction to recast the quota after observing that successive or consecutive reservation to the offices of the Chairpersons and President of the local authorities is illegal.

"I am of the view that successive reservation to the offices of the Chairpersons and President overlooking the constitutional directives is illegal and unsustainable. It is also arbitrary as it would deny aspirations of the candidates of non-reserved categories to occupy the offices of the Presidents or Chairpersons. By insisting on following the rotation, the Constitution intends to avoid reverse discrimination. Thus, the failure to follow rotation would deny equality of opportunity. Though one has no fundamental right to the offices of the Presidents or Chairpersons that will not render a discriminatory decision as to legal and valid. Thus, the petitioners have made out a case for interference", Justice Mustaque had observed.

On December 14, a division bench of the High Court quashed the above direction after noting that that without disturbing the election, recasting will be impossible.

"Therefore, to recast, as directed by the Single Judge, the election process already started by the State Election Commission will have to be put on hold, which is an interference in the election process. It's not right to interfere with the electoral process, especially when implementing the directive of the Single Judge is a complex and complicated procedure", a division bench of Chief Justice S Manikumar and Justice Shaji P Chaly observed.