Dowry Death Shall Be Presumed If It Is Shown That Wife Was Harassed For Dowry Soon Before Death : Supreme Court 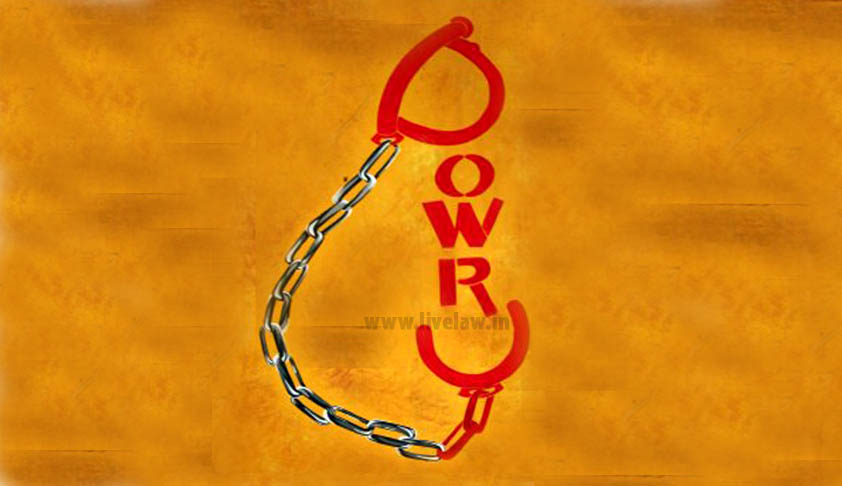 The Supreme Court has observed that once the prosecution is able to establish that a woman was subjected to cruelty or harassment for or in connection with any demand for dowry soon before her death, the Court shall proceed on a presumption that the persons who have subjected her to cruelty with demand for dowry have caused dowry death u/s 304B of the Indian Penal Code.The bench of Chief...

The Supreme Court has observed that once the prosecution is able to establish that a woman was subjected to cruelty or harassment for or in connection with any demand for dowry soon before her death, the Court shall proceed on a presumption that the persons who have subjected her to cruelty with demand for dowry have caused dowry death u/s 304B of the Indian Penal Code.

In the impugned judgement, the High Court had upheld the judgment of conviction dated 20th September 1999 u/s 304B and 201 r/w Section 34 IPC passed by the Additional Sessions Judge, Giridih, sentencing them and Nema Mahto (deceased's father in law) to undergo rigorous imprisonment for a period of ten years and three years respectively on each count with both the sentences running concurrently.

"Section 304B IPC read in conjunction with Section 113B of the Evidence Act leaves no manner of doubt that once the prosecution has been able to demonstrate that a woman has been subjected to cruelty or harassment for or in connection with any demand for dowry, soon before her death, the Court shall proceed on a presumption that the persons who have subjected her to cruelty or harassment in connection with the demand for dowry, have caused a dowry death within the meaning of Section 304B IPC. The said presumption is, however, rebuttable and can be dispelled on the accused being able to demonstrate through cogent evidence that all the ingredients of Section 304B IPC have not been satisfied."

As per the prosecution's case, the informant (Bodhi Mahto) got his daughter (Fulwa Devi) married to Ram Sahay Mahto (appellant 1) in 1997 and within few months of marriage, Ram Sahay's mother (Parvati Devi/Appellant 3) and his father Nema Mahto started to harass her daughter by raising a demand for the sum of Rs 20,000 in case and a motorcycle. When her daughter expressed her parent's inability to satisfy their demands, she was brutally assaulted and threatened that her husband would be married off to another girl. Since Bodhi Mahto's daughter went missing from her matrimonial home, she lodged a complaint on August 13, 1997 u/s 304/201/34 IPC. On completion of the investigation, a charge-sheet was filed against all the three accused for the aforesaid offences along with Sections 3 and 4 of the Dowry Prohibition Act.

Five days after lodging the FIR, a skeleton was recovered from the banks of river Barakar, at a distance of about one kilometer short of Village Sirmadih which was assumed to be that of Fulwa Devi. Charges were thereafter framed against the three accused(s) under Sections 304B/34, 201/34 IPC.

The trial court on September 20, 1999 convicted the accused(s) u/s 304B and 201 read with Section 34 IPC and sentenced them and Nema Mahto (deceased's father in law) to undergo rigorous imprisonment for a period of ten years and three years respectively on each count with both the sentences running concurrently.

Aggrieved, the accused(s) approached the High Court. The Jharkhand High Court on May 1, 2007 upheld the Trial Court's judgement of conviction.

The High Court agreed with the Trial Court's view that accused had miserably failed to explain the circumstances under which the deceased had vanished from her matrimonial home and had outrightly rejected the accused's defence that she was not residing with her husband and in-laws; rather, she was living with her brother-in- law. The Court had also agreed with the Trial Court turning down the plea taken by the accused that the dead body that was recovered from the banks of river Bara.

Another plea taken by the accused that the dead body recovered from the banks of river Barakar was unidentifiable, was also turned down, having regard to the fact that the accused failed to explain the circumstance in which the deceased went missing from her matrimonial home and became traceless. The conduct of the accused of failing to inform the family members or the police about the deceased going missing from her matrimonial home and failure on their part to make any effort to search her out, were also held against them. In fact, PW-4, brother of the deceased had categorically deposed that when he had gone to her matrimonial home, he found it to be locked and all the accused were absconding just after the occurrence which was a critical circumstance that was held against them.

To examine the prosecution's case, the bench in the judgement authored by Justice Hima Kohli first referred to Section 304B IPC.

In this regards, the bench laid down the following prerequisites to be followed for convicting the accused for offence punishable u/s 304B IPC:

(i) that the death of a woman must have been caused by burns or bodily injury or occurred otherwise than under normal circumstance;

(ii) that such a death must have occurred within a period of seven years of her marriage;

(iii) that the woman must have been subjected to cruelty or harassment at the hands of her husband, soon before her death; and

(iv) that such cruelty or harassment must have been for or related to any demand for dowry.

Referring to section 113B of the Indian Evidence Act, 1872 and explanation appended to Section 304B IPC, the bench said,

"In the instant case, despite the shoddy investigation conducted by the prosecution, we are of the view that the circumstances set out in Section 304B of the IPC have been established in the light of the fact that the deceased, Fulwa Devi had gone missing from her matrimonial home within a few months of her marriage and immediately after demands of dowry were made on her and that her death had occurred under abnormal circumstances, such a death would have to be characterized as a "dowry death".

With regards to the deceased's husband, the bench said that there was sufficient evidence brought on record to inculpate him and that putting the circumstances together unerringly pointed out to his guilt in extinguishing the life of his wife within a few months of the marriage on her failing to satisfy the demands of dowry.

Refusing to interfere with the High Court's judgement, the bench said,

"In our view, the impugned judgment and order of sentence imposed on A-1 does not deserve interference and is maintained. Criminal Appeal No. 575 of 2012 filed by A-1 is accordingly dismissed. The said appellant who is presently on bail, is directed to surrender before the Trial Court/Superintendent of Jail within four weeks to undergo the remaining period of his sentence."

For the criminal appeal preferred by the deceased's mother in law, the bench opined that only certain omnibus allegations were made against her with respect to dowry demands. Allowing her appeal, the bench remarked,

"In fact, in the only direct evidence before the Court, PW-3 (informant and father of the victim) mentions that A-2 threatened to harm the deceased. In view of the above, we are of the opinion that it is necessary to interfere with the findings of the Courts below convicting A-3 (appellant in Criminal Appeal No. 574 of 2012) for the offence under Sections 304B and 201 read with Section 34, IPC. The said appeal filed by A-3 is accordingly allowed. She is directed to be released forthwith, if not required to be detained in any other case."