Citizenship Amendment Act(CAA) Is Unconstitutional Since It Distinguishes Between Persons On The Basis Of Religion:Justice Gopala Gowda 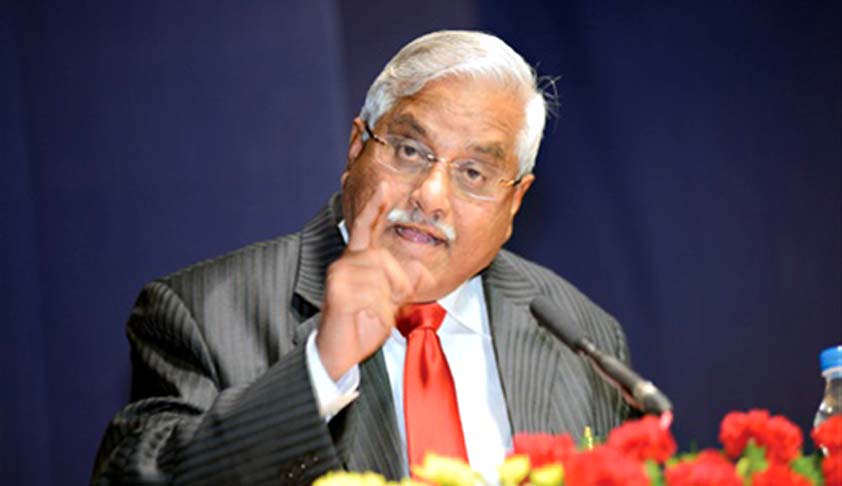 "The law laid down by the Supreme Court Constitution Bench judgement in 1994 in S. R. Bommai's case says that no law can be enacted by the Parliament or by a state legislature on the basis of religion. According to me, the CAA, distinguishing between persons on the basis of religion, as per Bommai, is unconstitutional", expressed former apex court judge, Justice V. Gopala Gowda on Friday.He...

"The law laid down by the Supreme Court Constitution Bench judgement in 1994 in S. R. Bommai's case says that no law can be enacted by the Parliament or by a state legislature on the basis of religion. According to me, the CAA, distinguishing between persons on the basis of religion, as per Bommai, is unconstitutional", expressed former apex court judge, Justice V. Gopala Gowda on Friday.

He was speaking at the launch of the book 'Citizenship, Rights and Constitutional Limitations', authored by senior advocate Dr. K. S. Chauhan and published by Mohan Law House.
The event was also attended by former Vice President of India Hamid Ansari.
He indicated the factual situation prevalent in Assam, where the NRC exercise was undertaken in 2019, and where he had gone as a fact-finding committee chairman- "There are lakhs of people who were migrants decades and decades back but can't prove their citizenship today. The NRC and NPR grant power to a person to confer status and determine fundamental rights of a person who has already been residing in India! So a person who is a nobody, who is the person who registers names, birth and death under the Act, is designated to conduct an enquiry! This is the plight of the persons in respect of whom citizenship is being determined!"
"It is the person who must establish (his claim), it is the person who must produce his birth certificate, it is him who must prove that one of his parents was born in this country! And all this after decades and decades! In a country where more than 50% of the population is illiterate and does not maintain the records!", he urged.
"After 70 years of Republic India, you amend the law and say that the persons of other countries, who have been harassed and are coming and residing here, will be recognised as citizens, while to the persons of Indian origin who are in Sri Lanka etc, who are here, no citizenship right will be given", he continued.
"And it is not one religion which is affected, the National Register of Citizens applies to each person regardless of the religion, we must remember!", he stated.
He urged that whether it is the farmers or women or any other section, whether in Assam, the Northeastern India or other parts of the country, irrespective of the religion, if the people who are being required to prove their citizenship are rendered stateless, it will result in a blatant violation of their human rights.
Observing that in the Constitution Bench judgement of 1980 in Minerva Mills, the Supreme Court had observed that the judges are the custodian angels of the ongoing realities of the society, Justice Gowda urged the "human rights protectors, the law students, the legal fraternity and the courts to come forward to rescue them". "Hundreds of cases are pending before the Supreme Court, which is the most independent and vibrant judiciary in the entire world. I request that this matter be taken up and disposed off expeditiously! It concerns every person of the country whose rights are required to be decided!", he pressed.
Justice Gowda elaborated that how the Architect of the Indian Constitution, Dr. BR Ambedkar, heatedly debated in the Constituent Assembly to reject the idea of granting citizenship based on religion, is testimony to the herculean task of incorporating such citizenship provisions in the Constitution so as to ensure fairness, inclusivity, equality and sophistication and an inherent sensitivity at the dawn of independence- "Dr. B. R. Ambedkar acknowledged that there is no other Article which has given the Drafting Committee so much trouble as this, considering how many drafts were prepared and how many were destroyed in the endeavour to cover all cases"
Justice Gowda cited how a member of the Constituent Assembly, PS Deshmukh, had warned against going too far with the concept of secularity so as to wipe out Hindus and Sikhs in the name of secularity. Another member, Shibban Lal Saxena had also backed him and said that Hindus and Sikhs have no other home but India and that we must not let the phrase "secular" frighten us to say what is the fact and that the reality must be faced.
Justice Gowda canvassed how the first Prime Minister of India, Jawaharlal Nehru, had said that adopting a secular approach towards citizenship was not a generosity but just what every country does, except for a few misguided and backward countries. Another member, Alladi Krishnaswami Ayyar, had resonated with these sentiments and said that in the grant of citizenship, we may distinguish between those who choose another country as their home and those who retain their connection with this country, but cannot do so on the basis of religion.
"Citizenship is the fundamental building block of a nationstate. It is the quintessential DNA that powers life and vitality of a democracy. Any impairment of citizenship renders a democracy dysfunctional. It is the interplay of status, rights and identity which determine the efficacy of citizenship in a democracy. Citizenship is understood as equal membership of a political community christened as a State. It confers a certain typology of rights, benefits, entitlements, obligations and sense of identity and belongingness in a given social political canvas", he explained.
"Dr BR Ambedkar considered the complexity of the issue and predicted that the debate on this issue shall continue to perpetuate, and hence, emphasised the role of the nascent Indian parliament in enacting a comprehensive statute or code for citizenship as envisaged under Article 11 of the Constitution. He said that it is not possible to contemplate every kind of case for the purpose of conferring citizenship on the date of commencement of the Constitution and that if any category is left out, power is granted to the Parliament to make provisions for the same. The genesis of the Citizenship Act of 1955 has to be appreciated in this background. The statute has been resilient and dynamic, in having undergone massive changes, but also ageing gracefully, over time. The citizenship right and its constitutional limitations are to be examined on the touchstone of the UDHR 1948", explained Justice Gowda.
Justice Gowda defined the present times as one when "the countrymen are facing a great crisis and the rule of law is at stake and the problems of citizenship rights are enormous".