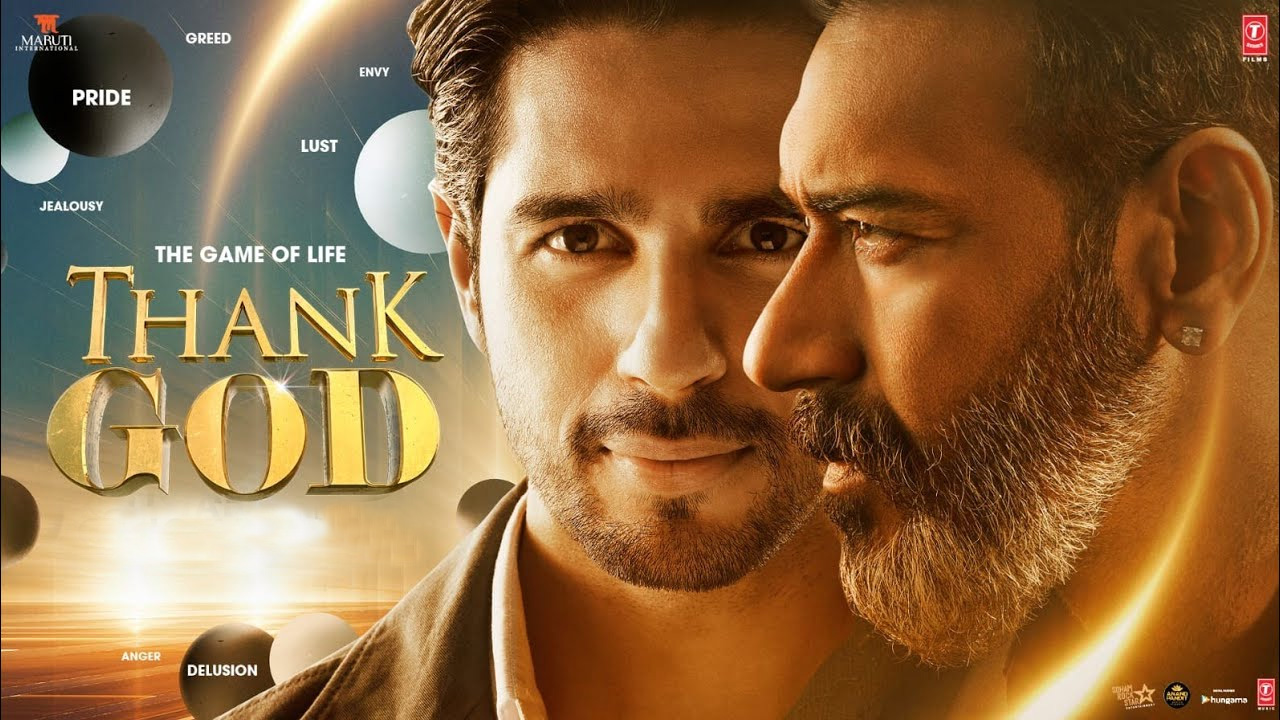 A petition has been filed in the Supreme Court against the upcoming Bollywood movie "Thank God".

The petition filed by Shri Chitragupta Welfare Trust seeks directions that the trailers and posters of the said movie should be removed from Youtube and other electronic platforms. The petitioner further seeks a direction to stop the release of the said movie in theatres or on the OTT platforms.
The petition filed through Advocate Lokesh Kumar Choudhary alleges that the release of the movie will be in utter violation of Articles 14 and 25 of the Constitution along with Section 5B of the Cinematograph Act.
It has been stated that, "The present Petition arises out of and against derogatory expressions, acts, statements, dialogues and insulting images, videos in and around the character of God Chitragupta played by Bollywood Actor, Ajay Devgan/Respondent No. 4 which is evident from the release of the trailer of the Bollywood movie 'Thank God'."
It was further added that the trailer of the movie and the various posters of the move are spreading wrong, insulting and derogatory messages against God Chitragupta among the people across the country and in the world as well.
"The religious sentiments of the Petitioner, including other Kayastha people in the country is being harmed/injured and fundamental right is infringed and violated by the Respondents by making and releasing the said movie", the petition adds.
It has been stated in the petition that the Respondents cannot have any right or authority to insult God Chitragupta, who is followed and worshipped by crores of people in India and the World who belong to the Kayastha Community.
"The release of the said movie would result in causing chaos and disturbance of peace and harmony in the country upon agitation/procession by the Kayasth Community across the country" the petition states.
It has thus been prayed before the Court to issue a writ in the nature of mandamus and prohibitory against the Centre and the CBFC, directing them to remove trailer and posters of the movie from Youtube and other electronic platform forthwith and further not to release the movie in theatres/cinema halls across the country or on the OTT platform.
The movie is slated to be released on 25th October.
Case Title: Shri Chitragupta Welfare Trust vs Central Board of Film Certification (CBFC) and Ors. – WP(C) No. 877/2022