Compromise Between Accused & Victim Cannot Be The Solitary Basis For Reduction Of Sentence Awarded In Non-Compoundable Cases: Supreme Court 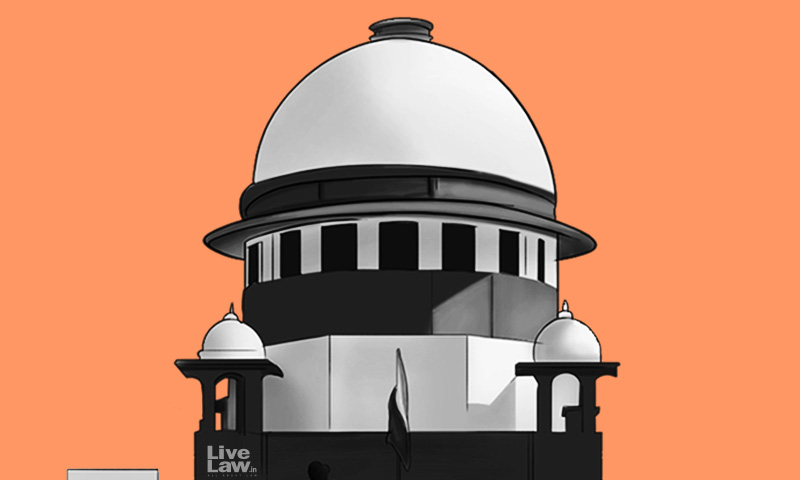 The Supreme Court observed that compromise between accused and victim cannot be the solitary basis to reduce sentence awarded for non-­compoundable offences.Other aggravating and mitigating factors has to be examined for the said purpose, the bench of Justices Ajay Rastogi and Abhay S. Oka observed.The case against the appellant was that on 13th December 1993, he attacked the victim with...

The Supreme Court observed that compromise between accused and victim cannot be the solitary basis to reduce sentence awarded for non-­compoundable offences.

Other aggravating and mitigating factors has to be examined for the said purpose, the bench of Justices Ajay Rastogi and Abhay S. Oka observed.

The case against the appellant was that on 13th December 1993,  he attacked the victim with a sword on his right leg below the knee and due to the brutal blow, it was almost mutilated. That while trying to avoid the blow of sickle, the injured tried to avoid by raising his right hand and the blow hit his right arm below the elbow due to which it was detached and there was profuse bleeding. That, without immediate medical intervention, the cumulative effect of all the injuries suffered by the victim would have resulted into death. The Trial Court convicted him under Section 326 of the Indian Penal Code and sentenced him to suffer 7 years Rigorous Imprisonment. The High Court upheld the conviction but modified the sentence to 5 years RI and directed him to pay Rs. 2 lakhs as a monetary compensation to the victim.

In appeal before the Apex Court, a compromise affidavit was filed in which the accused and the victim stated that they have settled their disputes amicably and the relations of the families are very cordial and they are now closely related having matrimonial relations with each other's family and the incident has occurred due to misunderstanding and on the spur of the moment .

Perusing the compromise affidavit, the bench observed that 'the statement of fact is completely superfluous in the mechanical form and nothing elicit about the earlier relations, if any, or when such cordial relations or what kind of family relations later on have been developed, all such facts are completely missing and the contents are stereotyped.'. The court made the following observations:

28. Giving punishment to the wrongdoer is the heart of the criminal delivery system, but we do not find any legislative or judicially laid down guidelines to assess the trial Court in meeting out the just punishment to the accused facing trial before it after he is held guilty of the charges. Nonetheless, if one goes through the decisions of this Court, it would appear that this Court takes into account a combination of different factors while exercising discretion in sentencing, that is proportionality, deterrence, rehabilitation, etc.

Aggravating and mitigating factors has to be examined

29. The compromise if entered at the later stage of the incident or even after conviction can indeed be one of the factor in interfering the sentence awarded to commensurate with the nature of offence being committed to avoid bitterness in the families of the accused and the victim and it will always be better to restore their relation, if possible, but the compromise cannot be taken to be a solitary basis until the other aggravating and mitigating factors also support and are favourable to the accused for molding the sentence which always has to be examined in the facts and circumstances of the case on hand.

The court noted that, in the instant case, the injured victim has been crippled for life and pursuing his daily chores with the prosthetic arm and leg and has lost vital organs of the body and became permanently disabled. In our considered view, such a brutality cannot be ignored which is not against the individual but the crime is against the society which has to be dealt with sternly, the court added.

"We have not be able to record our satisfaction in reference to the kind of compromise which has now been obtained and placed on record after 28 years of the incident and this Court cannot be oblivious of the sufferings which the victim has suffered for such a long time and being crippled for life and the leg and arm of the victim are amputated in the alleged incident dated 13th December, 1993 and since then he has been fighting for life and is pursuing his daily chores with a prosthetic arm and leg and has lost his vital organs of his body and became permanently disabled and such act of the appellant is unpardonable.", the court said while dismissing the appeal.