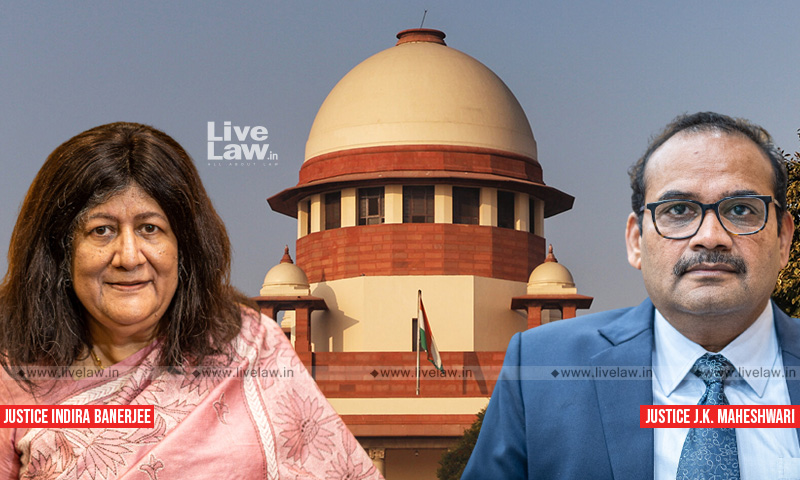 The Supreme Court observed that purchaser of the suit property from the decree holder is not entitled to file an application under Order XXI Rule 97 of Code of Civil Procedure Code, 1908 objecting execution of the decree by the decree holder.

In this case, a Suit filed by late Shri N.D. Mishra was decreed by the Trial Court restraining the defendant from obstructing the plaintiff from enjoying the right of passage from the main entrance on ground floor to the terrace and from raising further construction. As N.D. Mishra died during the pendency of the Suit, his legal heirs alongwith a trust became the decree holders as the Trial Court allowed the application for impleadment. The Plaintiffs/Decree holders filed Execution petition seeking enforcement of the decree against tenants. It was then they learnt that a Company Shriram Housing Finance and Investment India Ltd, claiming to be a bona­fide purchaser of the suit property from Mr. Yogesh Mishra (son of Shri N.D. Mishra) , had taken the possession of the suit property directly from tenant. The company filed its objections under Order XXI Rules 97 to 101 CPC in Execution Petition alleging resistance by the Plaintiffs to possession by it of the Suit Property. The decree holders challenged the maintainability of the application. The Executing Court while dealing with the objections framed the issues and directed the parties to lead their evidence. Later, setting aside the Executing Court order, the High Court observed that, if the objections were to be held maintainable, it would amount to a fresh trial and hence, the decree holder may not be able to get the fruits of the decree for the next couple of decades while the illegal possession obtained by appellant company with respect to suit property shall remain with it.

Before the Apex Court, the appellant Company contended that since it is a bona­fide purchaser of the suit property, the application under Rule 97 is maintainable. The respondents- Decree holders would contend that only the 'decree ­holder' or an 'auction purchaser' is entitled to make an application and the appellant company does not fall under both the categories.

The bench, at the outset , noticed the provisions of Order XXI Rule 97-102.

Having noted as above, the bench comprising Justices Indira Banerjee and JK Maheshwari observed:

On conjoint reading of the aforesaid provisions, it can be observed that under Rule 97, it is only the 'decree holder' who is entitled to make an application in case where he is offered resistance or obstruction by 'any person'. In the present case, as admitted by the appellant itself, it is a bona­fide purchaser of the property and not the 'decree holder'. As available from the material placed on record, it is the respondent trust alongwith legal heirs of late N.D. Mishra who are the decree holders and not the appellant. Therefore, it is obvious that appellant cannot take shelter of Rule 97 as stated above to raise objections against execution of decree passed in favour of respondent. Further, Rule 99 pertains to making a complaint to the Court against 'dispossession' of the immovable property by the person in 'possession' of the property by the holder of a decree or purchaser thereof. It is factually not in dispute that appellant purchased the said property from Mr. Yogesh Mishra vide sale deed dated 12.04.2004 and has been in vacant and physical possession of the property since then. Had it been the case that the appellant was dispossessed by the respondent trust in execution of decree dated 02.09.2003, the appellant would have been well within the ambit of Rule 99 to make an application seeking appropriate relief to be put back in possession. On the contrary, the appellant in the instant case was never dispossessed from the property in question and till date, as contended and unrefuted, the possession of same rests with the appellant. Considering the aforesaid, the appellant cannot be said to be entitled to make an application under Rule 99 raising objections in execution proceedings since he has never been dispossessed as required under Rule 99.

"Applications under Rule 97 and Rule 99 are subject to Rule 101 which provides for determination of questions relating to disputes as to right, title or interest in the property arising between the parties to the proceedings or their representatives on an application made under Rule 97 or Rule 99. Effectively, the said Rule does away with the requirement of filing of fresh suit for adjudication of disputes as mentioned above. Now, in the present case, Order XXI Rule 101 has no applicability as the appellant is neither entitled to make an application under Rule 97 nor Rule 99 for the reasons stated above. Accordingly, we find no substance in the argument raised by learned counsel for the appellant. In such circumstances, Executing Court had no occasion to frame issues and give direction to parties to lead evidence on objections raised by appellant. By doing so, the Executing Court transgressed the scope of Order XXI Rule 97 and Rule 99. Therefore, in our considered view, the High Court has rightly set aside the order of Trial Court entertaining the objections filed by appellant under Order XXI Rule 97 to Rule 102."

Code of Civil Procedure, 1908 ; Order XXI Rule 97 - The bona­fide purchaser of the suit property is not entitled objecting execution of the decree by the decree holder. (Para 15)

Code of Civil Procedure, 1908 ; Order XXI Rule 97-102 - Applications under Rule 97 and Rule 99 are subject to Rule 101 which provides for determination of questions relating to disputes as to right, title or interest in the property arising between the parties to the proceedings or their representatives on an application made under Rule 97 or Rule 99. Effectively, the said Rule does away with the requirement of filing of fresh suit for adjudication of disputes. (Para 14,16)