Service Tax On Composite Works Contracts Not Leviable Prior To 2007 Amendment To Finance Act 1994 : Supreme Court 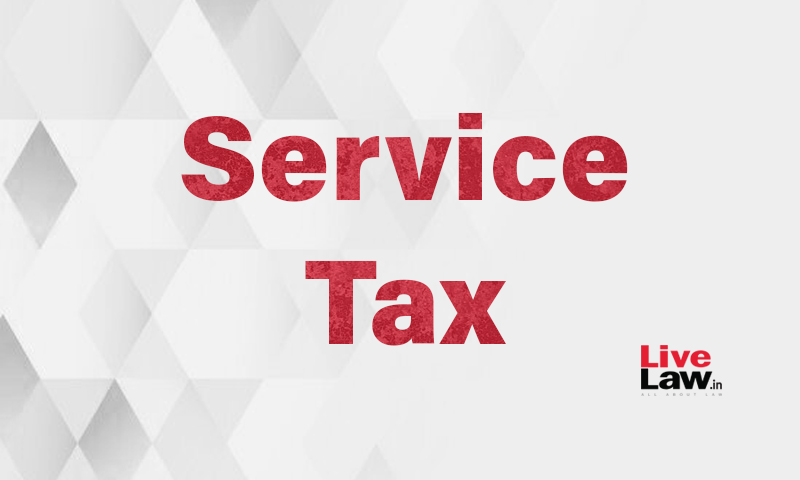 The Apex Court had reached the same conclusion in its judgment in Commissioner, Central Excise and Customs, Kerala v. Larsen and Toubro Ltd. (2016) 1 SCC 170. However, in the present proceedings the Revenue had sought reconsideration of the said judgment.

Service tax was introduced by way of the Finance Act, 1994. The Parliament exercised power under Entry 97 of List I of the Seventh Schedule of Constitution of India read with Article 248 to legislate the same.

A Bench comprising Justices M.R. Shah and B.V Nagarathna was deciding a batch of petitions wherein the common issue was whether service tax could be levied on composite works contracts prior to the 2007 Amendment.

Additional Solicitor General Madhavi Divan, appearing on behalf of the Revenue had argued that the Apex Court's decision in Commissioner, Central Excise and Customs, Kerala v. Larsen and Toubro Ltd. requires reconsideration. In the said judgment it was held that service tax on composite works contracts was not leviable prior to the 2007 amendment to the Finance Act, 1994. She averred that service tax on composite works contracts was payable even before the 2007 amendment. Moreover, she asserted that insertion of Section 65(105)(zzzza) by way of the 2007 amendment was only clarificatory in nature. On the other hand, Counsels appearing on behalf of the assesses submitted that the said judgment does not call for consideration.

The issue before the Court in Larsen and Toubro (supra) was whether service tax on composite works contracts was leviable prior to the 2007 amendment to the Finance Act. The Apex Court had noted that in order to levy service tax a charging section and a mechanism for levy and assessment of service tax on service element of works contract ought to be present. However, the same was not available in the Finance Act, 1994 prior to the 2007 amendment. It was held that works contracts are a separate species of contract distinct from contracts of service simpliciter and would have to be taxed separately. In Larsen and Toubro, the Apex Court had held that G.D. Builders vs. Union of India was not correctly decided. The Delhi High Court, in G.D. Builders had held that indivisible composite works contracts could be taxed prior to the 2007 amendment invoking provisions pertaining to contract of service simpliciter.

While considering Larsen and Toubro, the Court observed -

"It was categorically observed that since the Finance Act, 1994 lays down no charge or machinery to levy and assess service tax on indivisible composite works contract, therefore, service tax was not existent at all under the Act and hence any exemption qua service tax "levied" did not arise at all."

It further noted that definition of work contract was for the first time brought under the ambit of service tax by way of the 2007 amendment and the same was to come into effect from 01.06.2007. The Court clarified that prior to 2007, service tax was being levied on service contracts and not on service element of works contract, since there was no definition of works contract till then. It also dismissed the argument that the amendment was merely clarificatory.

The Court noted that the said judgment has stood the test of time. It has been consistently followed since 2015 by the Apex Court as well as by various High Courts. The Court was apprehensive that reconsidering the same would affect the assesses in whose favour the decision had already been taken. Bound by the principle of stare decisis laid down by the Apex Court in Indra Sawhney v. Union of India and Keshav Mills Co. Ltd. v. Commissioner of Income Tax, Bombay North, Ahmedabad, it decided not to unsettle the law, especially when revenue had made no efforts to seek review of the said judgment.

Service Tax on Work Contracts - The judgment in Larsen and Toubro Ltd. (supra) has been correctly decided and does not call for a reconsideration insofar as the period prior to 1st June, 2007 is concerned(Para 13, judgment of Justice Nagarathna)..