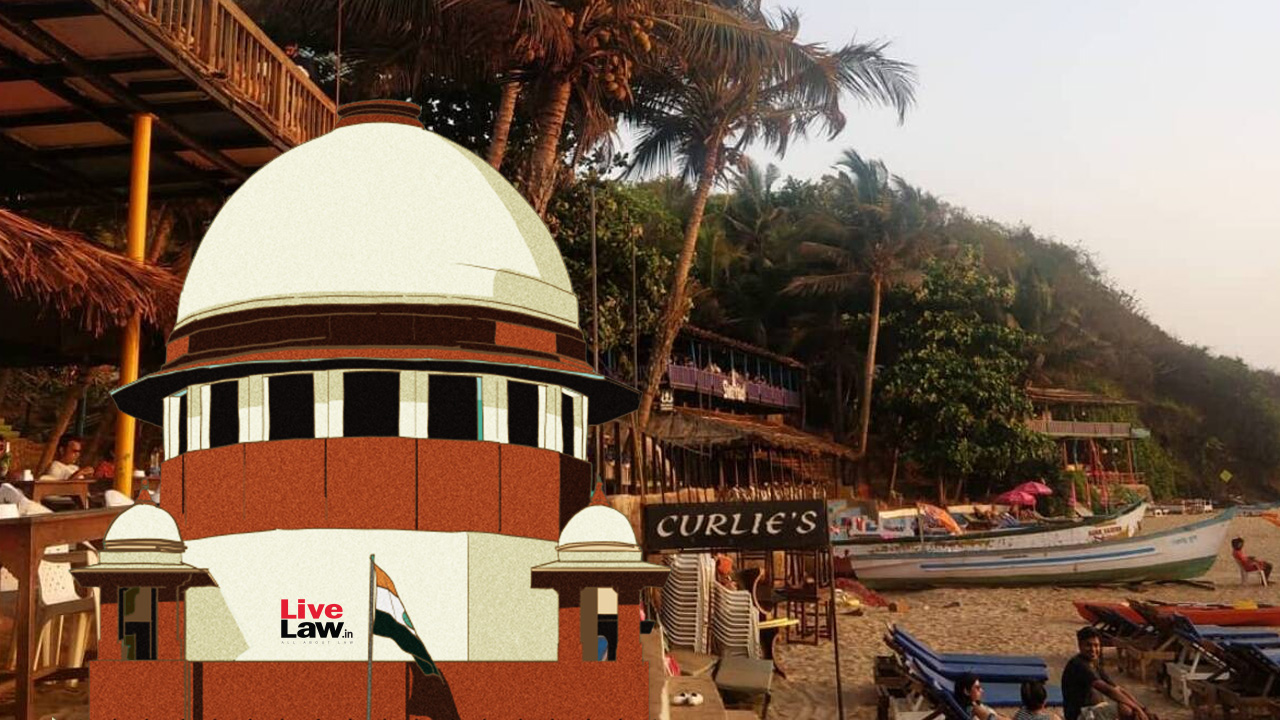 The Supreme Court bench comprising Justices AS Bopanna and Hima Kohli has set aside an order passed by the National Green Tribunal (NGT) for the demolition of Goa's iconic Curlies Beach Restaurant's buildings. The owner of the restaurant Linet Nunes approached the Court challenging the demolition action started by the Goa Coastal Zone Management Authority over violations of the CRZ regulations.

The restaurant had came in news after BJP leader Sonali Phogat was found dead there in August 2022, after being allegedly drugged.

The bench noted that the Goa Coastal Zone Management Authority (GCZMA), which had initially called for the demolition of Curlies, was not present on the day the order was passed by the NGT. Additional Solicitor General of India KM Nataraj argued that the absence of GCZMA was immaterial as the order of the NGT was favouring it. However, Senior Advocate Huzefa Ahmadi, appearing for the restaurant owner, argued that the absence of GCZMA affected the appellant prejudicially, as the appellant was deprived of an opportunity to clarify certain factual aspects so as to enable the NGT to taken an informed decision.

Taking note of the arguments, the bench ordered :

"We feel that the principles of natural justice would require that an appropriate opportunity be granted to both the parties and then, an appropriate decision be taken by the NGT. Hence, without adverting to the merits of the rival contentions, only on the procedural aspect, we deem it appropriate to set aside order dated 06.09.2022 passed by the NGT, Special Bench and restore Appeal No. 48/2016(WZ) and MA No. 212/2016(WZ) to the file of the NGT to provide opportunity to both the parties and pass fresh orders in accordance with law."

Last year, the Apex Court had stayed the demolition of Curlies Beach Restaurant's buildings in one particular survey number, subject to the condition that they will not undertake commercial operations till the next hearing date.