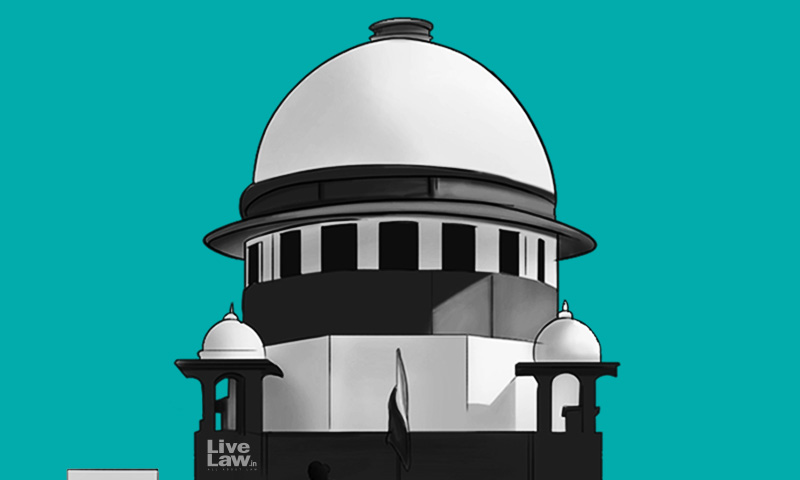 The Supreme Court on Monday directed a stay on the order of Calcutta High Court directing the West Bengal Education Department to make payment of salaries to part-time teachers equal to basic pay in the scale of pay of a regular teacher working in Higher Secondary Section in a Non-Government Aided Higher Secondary School. A Division Bench comprising Justice Abdul Nazeer and...

The Supreme Court on Monday directed a stay on the order of Calcutta High Court directing the West Bengal Education Department to make payment of salaries to part-time teachers equal to basic pay in the scale of pay of a regular teacher working in Higher Secondary Section in a Non-Government Aided Higher Secondary School.

The Government order dated 28th July 2010 issued by the State Education Department had extended the benefit of 10 days' casual leave and 10 days' medical leave available to regular teachers to the part-time contractual teachers attached to different government-aided/sponsored higher secondary schools with a rider that they were required to take equal number of classes per week as attended by the regular and full-time teachers.

The High Court in its impugned order had noted that the insertion of this condition implied approval by the School Education Department, to permit the contractual teachers to take equal number of classes per week as taken by the approved teaching staff in a government-aided secondary school till the date of withdrawal of the G.O. on 24th December, 2013.

"It is also discernible from the G.O. dated 28th July, 2010 and the subsequent memo dated 24th December, 2013 whereby the previous G.O. dated 28th July, 2010 stood withdrawn that the contractual teachers were eligible and permitted to perform similar job as that of approved teaching staff and could take equal number of classes like the permanent approved teachers",  the High Court observed in its impugned order.

The guidelines for recruitment of part-time assistant teachers of recognised Non-Government Higher Secondary Schools stated that all the candidates would be selected by the Selection Committee to be constituted in terms of the guidelines formed by the Department. Further, the appointments made would be purely on a temporary and contractual basis and for a period of one year.

According to the terms and conditions, the teaching load of the part-time teacher would normally be ten periods per week and the teacher will not claim for an appointment on regular basis on the expiry of the term. Further, the appointment would be terminable with 1 month's notice on either side and before completion of the contractual period of 1 year.

Writ Petition Seeking Equal Pay For Equal Work: Aggrieved by the act of the Department in not treating some part-time teachers as equal with the regular teachers, writ petitions were filed before the High Court. One writ petition was filed for extending the benefit of equal pay for equal work in connection with the service of part-time teachers of Khandra High School District - Burdwan.

The writ petition was disposed of by a Single Bench by directing the Secretary to the Government of West Bengal, School Education Department to take a decision in the matter by passing a reasoned order in accordance with law by 31st December, 2013.

It was observed that the petitioners were appointed on purely contractual basis in a part-time post only for Higher Secondary section of the schools and the State Government till date had not issued any order to regularise the appointment of part-time teachers against any permanent vacancy.

Order Of Single Bench: The order was challenged before a Single Judge Bench which allowed the writ petition on the principle of equal pay for equal work.

The Single Judge held that the writ petitioners cannot be treated as separate and distinct class or said to be claiming benefits for a scale of duties that is outside the post and profile of the petitioners.

The Bench had noted that the petitioners claim equal rewards compared to those who are rendering work equal in all respects to that of the petitioners and if they have been performing duties and responsibilities of the same weight, quality and sensitivity to that of full-time permanent teachers, denying equal pay to them would amount to treating equals as un-equals and such artificial parameters cannot be created between those who are equal in all respects.

Further, the Single Judge had held that the action to withdraw the notification specifically providing that temporary teachers would perform the same duties as regular and full-time teachers is arbitrary and is not supported by reasons.

The Bench had directed the authorities to take steps for payment of salaries and other benefits to the writ petitioners equal to that of the regular scale of pay and at par with the full-time permanent teachers of the concerned school. This was directed to be made effective from 27th April, 2007, which was the date of the order restraining any further appointment of any new part-time teachers on contract basis in Non-Government Higher Secondary Schools with effect from 1st April, 2007.