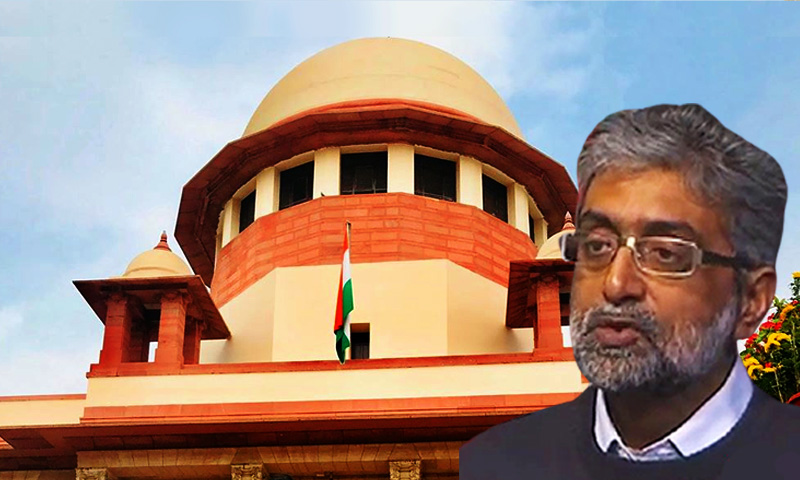 On Thursday, the Bench led by CJI, Justice D.Y. Chandrachud directed two applications, one filed by activist Gautam Navalakha and another to be filed during the course of the day by the National Investigation Agency, to be listed tomorrow before the Bench led by Justice K.M. Joseph

Last week, the Court had allowed Navlakha's request to be placed under house arrest in consideration of his medical condition. However, the Special NIA Court at Mumbai yesterday refused to pass orders to execute the house arrest of Navlakha , after the NIA objected to the location of the house chosen by Navlakha.

On Thursday, Senior Advocate, Ms. Nitya Ramakrishnan appearing on behalf of the Navalakha mentioned the early listing of the application before a Bench comprising CJI, Justice D.Y. Chandrachud, Justice Hima Kohli and Justice J.B. Pardiwala. The matter was mentioned before the Bench led by the CJI, as the concerned Judge who was hearing the matter(Justice KM Joseph) was sitting in a Constitutional Bench for the day.

The application is with respect to the objections raised by the NIA in the order of house arrest of the activist. Ms. Ramakrishnan said that though the order was passed on 10th November, and the NIA was supposed to inspect the premise within 48 hours, they have failed to do so.

"I am mentioning an IA to be listed before the Bench led by Justice K.M. Joseph. This pertains to an order directing house arrest. The NIA has raised objections there is some urgency…The order of house arrest came on 10th Nov and within 48 hours they were to inspect the premises which they did not. Because of their objections, order cannot be implemented."

The Solicitor General of India, Mr. Tushar Mehta appearing on behalf of NIA submitted that the investigating agency intends to move an application.

To provide a brief conspectus of the case and why objection was raised by NIA, the Solicitor General informed the Bench -

"He is a person accused of being involved in Maoist activities. For several reasons we had objections. Instead of a house he has given an address of the library-cum-office of Communist Party of India."

Denying the allegations, Ms. Ramakrishnan remarked, '"But, that is not a bad party either."