"Allow Virtual Courts To Continue As An Option": All India Association of Jurists Moves Supreme Court 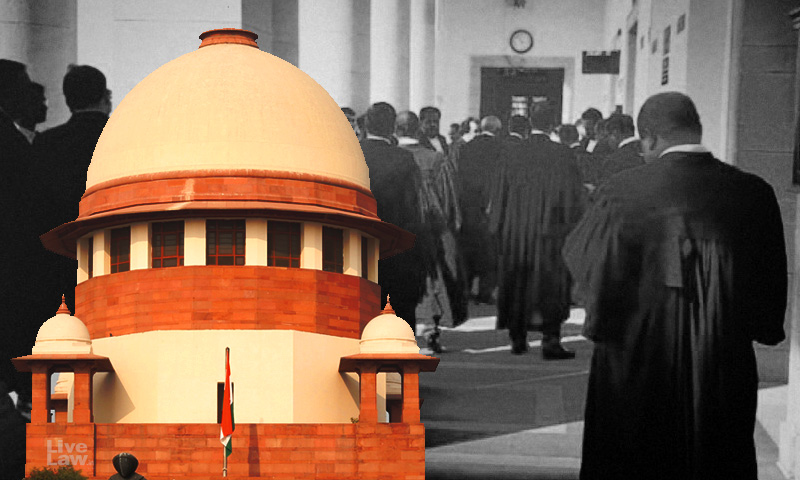 All India Association of Jurists move the Supreme Court to allow virtual courts to continue as an option and increase diversity in the Bar. The plea has urged the Court to protect right to legal practise especially in Supreme Court, of members of the Bar who due to different ailments, old age, and other physical dispositions are alienated from physically appearing before Supreme Court in post Covid pre-vaccine scenario.

According to the petitioner, the option of appearing before the Supreme Court through virtual means should be allowed to continue as a matter of right.

The petitioner association is an association of legal practitioners, comprising of Advocates, law teachers, retired Judges and other members of Citizenry interested in inter-relationship between judicial process and social justice. The plea filed by Advocate Shriram P. seeks to fulfil multifold but inter related goals of increasing justice to far off citizens of India, and protecting their legal rights, including right to virtual appearance as an option.

The petitioner Association, on behalf of members of the Bar all around the Country, seek continuance of virtual courts as an option to enable their fundamental rights under Article 19(1)(g) of the Constitution made possible by twin forces of technology and opportunity given by calamity of Covid19.

The plea has stated that its not confined to rights of lawyers and wishes to urge and assert that access to justice is not curbed but increased with multiplied diversity and reduced costs when option of virtual courts exists.

According to the petitioner, the Supreme Court by functioning virtually has not only kept its door open every single day even during the pandemic, but also opened doors of justice much wider to large sections of population which are alienated by cost and geographical factors.

The plea has further stated that due to non availability of vaccines at large scale, the fact that not everyone has been vaccinated, and the fact that effectiveness of vaccines have still not been proven, the risk of the most vulnerable members of the Bar while attending Court physically is very high.

While referring to communications between members of the Bar and High Court Chief Justices, where examples of malls and cinema halls having been opened has been given the petitioner Association has stated that, the comparison is wrong on the footing that Court of Law mandates attendance and there is no choice unlike the examples quoted