Tej Bahadur Yadav Neither An Elector Nor A Candidate In Varanasi; No Locus To Challenge PM's Election: Supreme Court 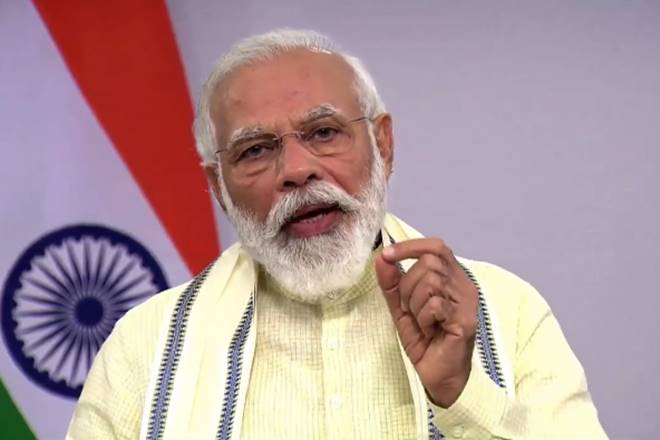 The Supreme Court on Tuesday dismissed the petition filed by Ex- BSF Jawan, Tej Bahadur Yadav, challenging the election of Prime Minister Narendra Modi from Varanasi constituency in the 2019 Lok Sabha elections.The judgement was rendered in a Special Leave Petition challenging the Allahabad High Court's dismissal of Bahadur's election petition in December 2019 on the ground of lack of...

The judgement was rendered in a Special Leave Petition challenging the Allahabad High Court's dismissal of Bahadur's election petition in December 2019 on the ground of lack of locus standi. The SLP contended that the High Court had failed to appreciate the misuse of provisions under Sections 9 and 33(3) of RPA by the District Election Officer.

The issue arose with Bahadur seeking for the declaration of Prime Minister Narendra Modi's election as void on the ground that his own nomination had been improperly rejected and that the PM's nomination was wrongly accepted for want of disclosure of certain facts. It was further prayed that the election was also vitiated on the account of misuse of official power by the Returning Officer and the Election Observer.

"NEITHER AN ELECTOR NOR A CANDIDATE"

In the judgement delivered today, referring to the Explanation to Section 81 of the Representation of People Act, 1951, which states that an "elector" means a person who is entitled to vote at the election petition relates, the Apex Court noted that an Election Petition could only be preferred by "(a) any elector or (b) any candidate at such election".

"In this case, the election is to the Varanasi Parliamentary seat. Obviously, the appellant is not an elector of Bhiwani, Mahendragarh Parliamentary Constituency, Haryana. His locus thus depends entirely on the question whether he is a candidate or can claim to be a duly nominated candidate".

Assessing whether the Appellant can claim to have been a duly nominated candidate at the said election, the Court answered in negative.

"It is a condition for a valid nomination of a person who has been dismissed from service, that the nomination paper must be accompanied by a certificate to the effect that the person seeking nomination has not been dismissed for corruption or disloyalty to the State. Section 33(3) of the Act itself provides the consequence of the absence of such certificate and that is that such a person 'shall not be deemed to be duly nominated as a candidate'".

The Court noted that it would be "startling" for any other construction of the law that would enable a person who was neither an elector nor a candidate to question the election of a returned candidate.

Holding that Bahadur had no cause of action which would invest in him the right to sue, the Supreme Court reiterated the words of Justice VR Krishna Iyer in T. Arivandandam v. TV Satyapal that "if on a meaningful not formal reading of the plaint it is manifestly vexatious, and meritless, in the sense of not disclosing a clear right to sue, it should be nipped in the bud in the first hearing".

Observing that Section 83 of the RPA bars anyone other than an elector or a candidate to file an Election Petition, the Supreme Court upheld the Allahabad High Court's decision and stated that the instant Election Petition "has been rightly nipped in the bud. The Civil Appeal is, therefore, dismissed".
Click Here To Download Judgment
[Read Judgment]
TagsTej Bahadur Yadav PM Narendra Modi Election Democracy Supreme Court election Petition
Next Story
Similar Posts
+ View more
Law Firms
+ More