Trivial Procedural Lapses Not A Ground To Nullify SARFAESI Proceedings Initiated By Secured Creditor If No Substantial Prejudice Was Caused To Borrower: SC [Read Judgment] 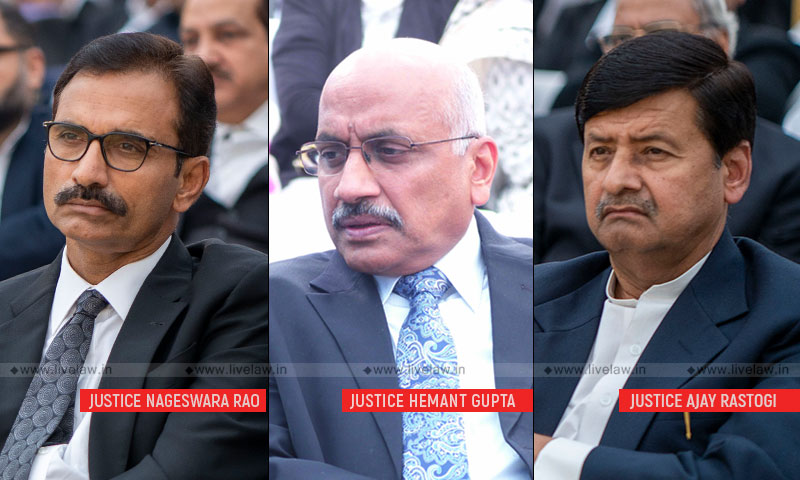 The Supreme Court has observed that proceedings initiated under the SARFAESI Act by the Secured Creditors cannot be nullified merely on the ground of technical defects and procedural lapses unless substantial prejudice was caused to the defaulter. In this case, the Debt Recovery Tribunal quashed the demand notice served on the borrower under Section 13(2) of the ...

The Supreme Court has observed that proceedings initiated under the SARFAESI Act by the Secured Creditors cannot be nullified merely on the ground of technical defects and procedural lapses unless substantial prejudice was caused to the defaulter.

In this case, the Debt Recovery Tribunal quashed the demand notice served on the borrower under Section 13(2) of the Securitisation and Reconstruction of Financial Assets and Enforcement of Security Interest Act, on the ground that it has not been validly issued in the name of the secured creditor ("L&T Housing Finance Ltd.") instead the name of the company was mentioned as "L&T Finance Ltd." This defect, according to the Tribunal was not being curable after issuance of demand notice by another group company instead of secured creditor. The Karnataka High Court upheld this order of the Debt Recovery Tribunal.

In appeal filed by Secured Creditor, the Apex Court noted that the borrower (in its correspondence with the secured creditor) did not deny advancement of loan, execution of Facility Agreement, their liability and compliance of the procedure being followed by the secured creditor prescribed under the SARFAESI Act. The court also observed that the objection raised by the borrower was trivial and technical in nature and the secured creditor has complied with the procedure prescribed under the SARFAESI Act. The bench comprising Justices L. Nageswara Rao, Hemant Gupta and Ajay Rastogi observed:

"In the facts and circumstances, when the action has been taken by the competent authority as per the procedure prescribed by law and the person affected has a knowledge leaving no ambiguity or confusion in initiating proceedings under the provisions of the SARFAESI Act by the secured creditor, in our considered view, such action taken thereof cannot be held to be bad in law merely on raising a trivial objection which has no legs to stand unless the person is able to show any substantial prejudice being caused on account of the procedural lapse as prescribed under the Act or the rules framed thereunder still with a caveat that it always depends upon the facts of each case to decipher the nature of the procedural lapse being complained of and the resultant prejudiced if any, being caused and there cannot be a straitjacket formula which can be uniformly followed in all the transactions."

The submission made by the respondent's counsel that the notice under Section 13(2) of the Act was served by the authorised signatory of "L&T Finance Ltd." and that was not the secured creditor in the facts of the case, in our considered view, is wholly without substance for the reason that "L&T Finance Ltd." and "L&T Housing Finance Ltd." are the companies who in their correspondence with all its customers use a common letterhead having their self­same authorised signatory, as being manifest from the record and it is the seal being put at one stage by the authorised signatory due to some human error of "L&T Finance Ltd." in place of "L&T Housing Finance Ltd.". More so, when it is not the case of the respondents that there was any iota of confusion in their knowledge regarding the action being initiated in the instant case other than the secured creditor under the SARFAESI Act for non­fulfillment of the terms and conditions of the Facility Agreement dated 11th August, 2015 or any substantial prejudice being caused apart from the technical objection being raised while the demand notice under Section 16 13(2) was served under the SARFAESI Act or in the proceedings in furtherance thereof no interference by the High Court in its limited scope of judicial review was called for.