The Definition of "Terrorist Act" in UAPA Is So Vague That It Is Susceptible To Misuse: Justice Anjana Prakash 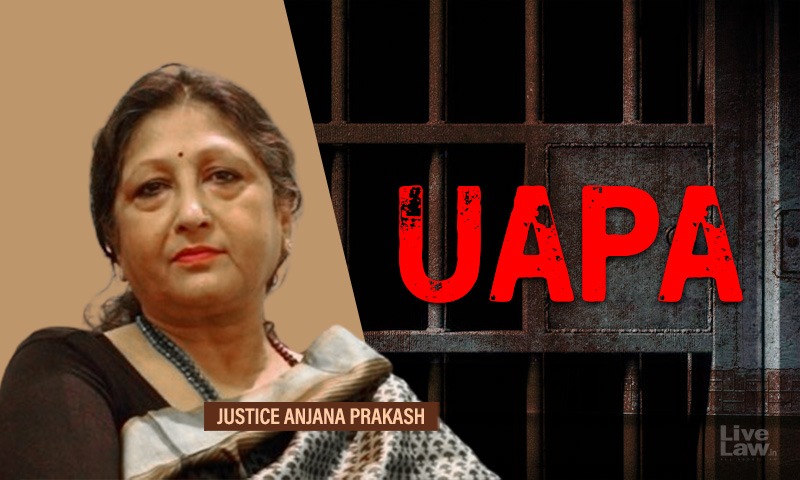 Former Patna High Court judge Anjana Prakash on Saturday asserted that while the anti-terror and national security laws are to be used towards the sovereignty and protection of the State, in India, they are being employed for the sovereignty and protection of a political party.The Supreme Court Senior Advocate was speaking at a webinar by CJAR- "Discussion On DEMOCRACY, DISSENT AND DRACONIAN...