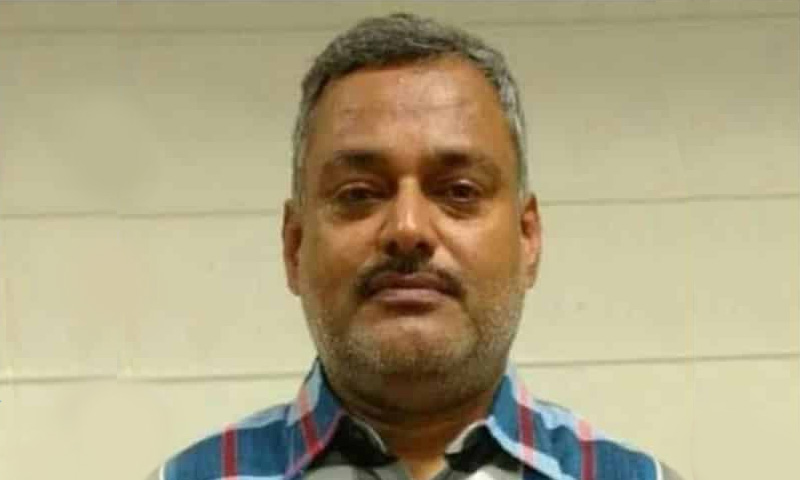 Calling the "theory of the so-called encounter" by the police "entirely fake, concocted and bogus", an Interim Application has been filed in the plea seeking for investigation into the alleged encounter of Vikas Dubey's five co-accused, in a bid to place on record vital and relevant information/facts that have been made available to the Petitioner. The petitioner now seeks...

Calling the "theory of the so-called encounter" by the police "entirely fake, concocted and bogus", an Interim Application has been filed in the plea seeking for investigation into the alleged encounter of Vikas Dubey's five co-accused, in a bid to place on record vital and relevant information/facts that have been made available to the Petitioner.


Filed by Advocate Ghanshyam Upadhyay, the IA states that as the Supreme Court expressed an inclination on 14th July to pass an order on lines of the Telangana Encounter case, i.e. constitution of a Committee to investigate the incident, the Petitioner feels that it is imperative to bring to the notice of the Court certain information that has come to light.

1. The eight policemen had been killed with their own AK-47 rifle.

Referring to a long-standing enmity between Dubey and Circle Officer Devendra Mishra (now deceased), the IA contends that Mishra had maliciously concocted to eliminate Dubey in a fake encounter on the intervening night between 2nd and 3rd July, and therefore, he and a team of 35 policemen were carrying weapons like AK-47, Insas Rifles, 9MM pistols under the garb of conducting the search and possible arrest of Dubey.

At this juncture, the IA also states that "only those policemen are given training to handle/operate AK-47 Rifles, who attend Armed Training College at Sitapur and who are posted in Naxalite and terrorist areas". Therefore, 99% of policemen in Uttar Pradesh do not possess the requisite training to operate the same, including the 35 men who had been led by Mishra.

The IA then goes on to aver that, before the planned encounter could take place, one of the policemen mishandled the rifle and, as a result, the policemen died, including Mishra whose leg was cut. However, the police concocted a story to cover up their own misdeeds and placed the blame on Dubey.

2. Case/Narrative by police and its analysis.

The IA narrates the theory put forward by the police pertaining to Dubey already being aware of the ambush and therefore, ensuring that his aides hid in neighbouring houses to attack the policemen on their arrival.

3. Whether procedures in cases of investigations/operations of such nature had been followed by Circle Officer Devendra Mishra.

The IA submits that if the C.O. Devendra Mishra had followed mandatory procedures such as keeping an entry in the General Diary/Station Diary about the operation, briefing before operation, strategically planning the operation with the aid of map/sketches of the place as well as geographical knowledge thereof, then the documents/evidence would help in shedding a light on Mishra's plan to purportedly eliminate Dubey.

4. Reservations with the investigation being carried out, and suspicion regarding the versions of the police revolving around the incident.

Mishra exercising powers under Section 36 of the Code of Criminal Procedure, and thereby, keeping out the investigation officer and officer-in-charge, is a point to be noted, states the IA.

Furthermore, no FIR had been lodged against Dubey in the past seven years and no notice had been given to him to join the investigation. There was no justification to conduct the raid at his premises in the middle of the night, with a team of 35 policemen.

The IA also raises a point that one of the co-accused of Dubey who was killed in the alleged encounter was merely 16 years old.

Another issue that has been posited by the IA is that the demolition of Vikas Dubey's property was done without obtaining any order from the court of law, and it was merely done by the policemen to destroy crucial evidence of CCTV footage/recording boxes which had been installed in the house, and had probably recorded the death of the policemen.

The IA further submits that Dubey had disclosed his identity and surrendered to the Madhya Pradesh police in full public gaze. Therefore, there had been no reason for him to escape from the custody of multiple police, while the vehicle had been surrounded by other police vans.

"Media people were continuously following/chasing police vehicles/team during transit, however, just before Vikas Dubey was killed, media people were stopped by police team from proceeding further."

Submitting that 6126 police encounters have taken place under the administration of Chief Minister Yogi Adityanath, the IA submits that "the State administration considers such police encounters as matters of pride and achievement and in the process, the police has been taking law in their own hands by misusing/abusing their powers of investigation. Such barbaric police action cannot be countenanced as they defy rule of law, democracy and criminal justice delivery system is a casualty".

In light of the above, the IA prays for a thorough investigation by an SIT/Judicial Commission appointed by the Supreme Court, as there is a possibility that the entire state machinery is involved in the conduction of the alleged encounter.

The matter is listed on 20th July.

The plea prayed for a thorough investigation into the "killing/alleged encounter of four accused who along with co-accused Vikas Dubey were alleged to be involved in killing of eight policemen in district Kanpur on 02.07.2020 which is now known as Kanpur Kand and which has rocked and shocked the entire nation".

While the petition did not get listed before the Court on July 10, Dubey was killed by the Uttar Pradesh Police on the same on which it was prayed that the plea be listed, allegedly because he was trying to escape from the Police.