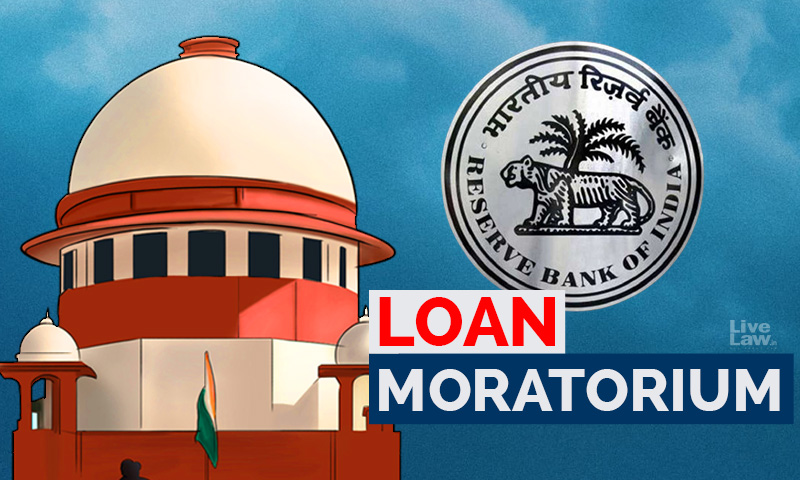 The Centre urged a bench of Justices Ashok Bhushan, MR Shah and Subhash Reddy to not intervene and provide further relief to borrowers under Article 32 as the Government was already "on top of it".Solicitor General Tushar Mehta told top Court today that many relief packages and schemes had been worked out with technical experts and the intervention of the Court in fiscal policy issues...

The Centre urged a bench of Justices Ashok Bhushan, MR Shah and Subhash Reddy to not intervene and provide further relief to borrowers under Article 32 as the Government was already "on top of it".

Solicitor General Tushar Mehta told top Court today that many relief packages and schemes had been worked out with technical experts and the intervention of the Court in fiscal policy issues was uncalled for.

The law officer informed Court that the Government was not oblivious to the stress suffered by various stakeholders but, there was no room to do anything beyond the constraint of finance.

SG also informed Court that since almost every sector which had been conceivably impacted by Covid19 had been identified and that the submission that there has not been any application of mind for dispensing relief was incorrect.

"I want to satisfy my Lords conscience that whatever the DMA & Central government could do, it has done and there has been application of mind," SG to Supreme Court

SG then went on to elaborate that the Kamath Committee had streamlined Loan Restructuring for bigger borrowers and those accounts with lending exposure of less than INR 1500 Crores were covered by the RBI Circular.

In this context, the law officer told court that small borrowers' accounts were required to be restructured by lending institutions which had illustrative stipulations in terms of the RBI Circular. This was a direction which had been imposed upon banks, he said.

"When there is an expert committee which has gone into aspects of Covid19 related stress, keeping in mind difficulties faced by account holders including those faced by the bank, My Lords may not want to intervene," submitted SG.

"Seeking that the sector be allowed discretion to opt in and opt out of restructuring as it was currently a lenders' discretion," said Singhvi and asked teh Court to "plug this loophole".

In this background, the top court asked the Power Producers Association to put forth suggestions to the RBI and sought the RBI's response.

The bench disposed off the pleas wherein petitioners' were satisfied with the compound interest waiver. The hearing in the rest of the matters will continue next week.

On November 5, RBI had told top court that the interim order which protected those accounts from being declared as Non-performing Assets (NPAs), which were not classified as NPAs on August 31 was causing difficulties.

"The Interim Order imposed by My Lords is causing great difficulties for the RBI. My lords may kindly hear us on the next date," Senior Advocate VV Giri had told the court.

The Central Government has filed an affidavit stating that the Ministry of Finance had approved the policy decision for granting various reliefs for Covid pandemic, including a policy decision whereby waiver of interest on interest would be effectuated for eligible borrowers of loans up to Rs. 2 Crore. This scheme came into force on November 5.

Compound Interest During Moratorium Period Can Be Waived For MSME & Personal Loans Up to Rs. 2 Crore: Centre Tells SC

On October 14, the Bench had told the Centre that even though it had welcomed its decision of relieving the smaller borrowers, there was no reason to delay the implementation of the said decision.

"Their Diwali Is In Your Hands, Mr. Mehta," the bench had told the Solicitor General.

The law officer had then informed the bench that there was diversity in lending and different modalities are required to be followed. "Consultations are on between the required stakeholders," he added.

Bench then went on to indicate that they will take up the case on November 2 and that, it expected the Government to tell the top court about the implementation of the aforesaid benefits.

The affidavits which have come on record till date have been filed in response to a batch of pleas in the apex court, raising issues pertaining to validity of RBI's March 27 circular which allowed lending institutions to grant moratorium on payment of instalments of term loans falling due between March 1, 2020 and May 31 this year due to the pandemic.

Later, the period of moratorium was extended till August 31.