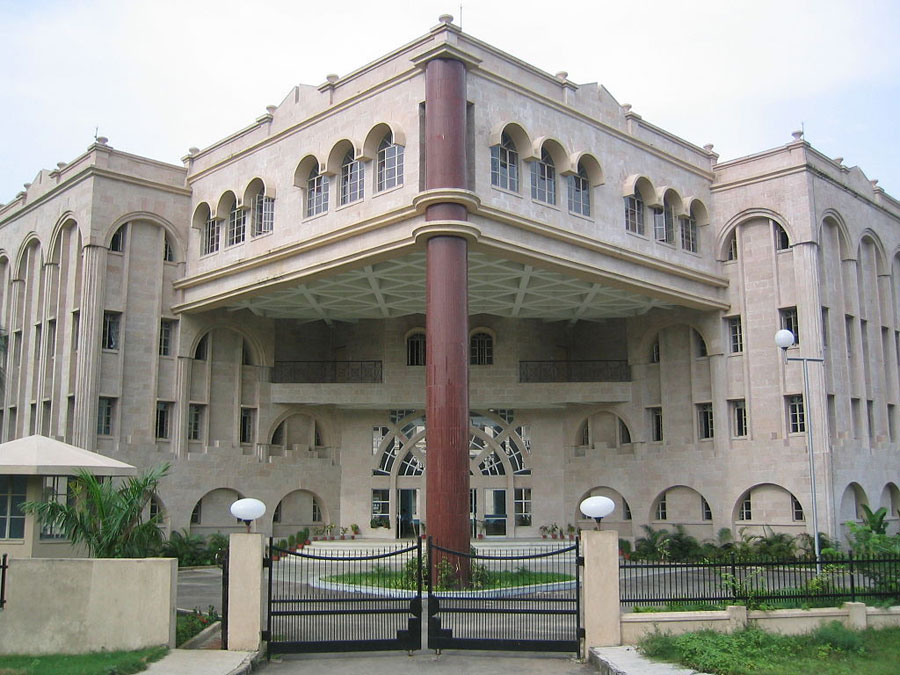 The Supreme Court has approved the decision of the West Bengal National University of Juridical Sciences (WBNUJS), Kolkata to not apply the benefit of 30% domicile reservation to the academic year 2019-2020.A Bench comprising of Justices L. Nageswara Rao, Hemant Gupta and S. Ravindra Bhat held that the WBNUJS (Amendment) Act, 2018 applies only prospectively and could not have applied to...

The Supreme Court has approved the decision of the West Bengal National University of Juridical Sciences (WBNUJS), Kolkata to not apply the benefit of 30% domicile reservation to the academic year 2019-2020.

A Bench comprising of Justices L. Nageswara Rao, Hemant Gupta and S. Ravindra Bhat held that the WBNUJS (Amendment) Act, 2018 applies only prospectively and could not have applied to the admission process for the academic year 2019-20, which was ongoing when the Act came into effect.

Accordingly, the bench dismissed an appeal filed by a candidate, who sought for the benefit of 30% domicile reservation in the academic year 2019-2020(Shreyas Sinha vs The West Bengal National University of Juridical Sciences and others).

The bench held the decision of the University to extend the benefit of reservation only from the next Academic session, i.e. 2020-2021 as "fair, reasonable and not arbitrary or capricious".

The issue at hand was the admission of the Appellant to the five-year law course at WBNUJS on the basis of the WBNUJS Amendment Act, 2018, which came into force on 21.05.2019. It provided for the reservation of seats on the basis of the domicile in the State of West Bengal to the extent of at least 30% of the total intake of the University.

The Appellant's contention is that, as the Act had come into force before CLAT was conducted, the benefit of domicile reservation should be extended to the students by the University for the academic session of 2019-2020. On this ground, the Appellant filed a writ before the Calcutta High Court.

It was contended by the University that the seat matrix as well as the general information about the examination had been uploaded on the website in January 2019. Further, all the seats in the domicile category had been filled up and the last candidate who had been admitted in the General Category had a rank of 262.

"The elaborate exercise of admission was started before the Amending Act came into force and the students had given their option for admission based on choices of National Law Universities available".

The plea was dismissed by the Single Judge Bench and held that the Act was prospective in nature, and that taking away seats from the unreserved category to add to the domicile category would disrupt the entire admission process. Additionally, candidates who had already been allotted seats in different Universities would be seriously prejudiced.

An Appeal was filed before the Division Bench, which affirmed the findings recorded by the Single Bench.

"It was held that sub-section (3) of Section 4A of the Amending Act makes it clear that the reservation provided to candidates to apply for CLAT is for the session starting after the law comes into force. It also held that the test of reasonableness and fairness has not been compromised in any manner by the University".

Subsequently, a Special Leave Petition against the Order of the High Court was filed before the Supreme Court.

"Amendment had come on 21st May. CLAT was conducted after this date, on 26th May. Result was published on 14 June. Not giving benefit of domicile is unwarranted and illegal. Please see a larger Bench judgement of S. Krishna Sradha v. State of Andhra Pradesh", stated Singh.

Singh elaborated that the 2019 S. Krishna Sradha judgment stated that if a meritorious student had been deprived of benefits in one academic year, the same could be provided in the next year if the candidate approaches the Court at the earliest and without any delay. Additionally, the Court could direct for the increase in the number of seats in the next academic year, and if it is found that the management was at fault, then the Court may even direct to reduce the seats in the management quota.

Justice Bhat then asked Singh if the judgment was about reservation. To this, Singh stated that it was not and that the admission benefit could be given next year. Further, the Amendment had already come and it was only a question of increasing seats.

Justice Bhat had noted, "If we allow this, today it is one student. We don't know how many students will come up tomorrow. Next year, the 30% quota will be filled. It all depends on the Court to give consequential relief for that year".

Singh had averred that the 30% quota was not disputed. However, if the relief was denied last year, then the same should be given this year. To this, Justice Bhat stated, "But, to what limit do we determine? What we say today and what we lay down will end up determining future cases".

Singh then brought up a judgement to which Justice Rao was a party and submitted that the judgement stated that reservation was not a matter of right, but an enabling power.

"This case is a question of when the reservation was provided by way of an Act. The CLAT exam took place after the Amendment came into force. I am within the 30% quota and the West Bengal Act categorically says that the reservation will come into force the year it is notified", posited Singh.

Advocate-on-Record Kunal Chatterji then began his submissions on behalf of the University. He had averred that the submission of Singh regarding no challenge to domicile reservation under NLSIU was wrong as the same was under challenge before the Karnataka High Court.

"Initially, CLAT was scheduled on 12th May. It was postponed. When it was postponed, the Amendment came into force. But, while applying for CLAT, students had already put down their preferences. Had they known about domicile reservation, they would have opted for their home Universities", submitted Chatterji.

It was also submitted that even if the option for domicile for West Bengal was made available to the Appellant, he would still have a remote change of getting admission in the University keeping his rank in the merit list.

Chatterji then, relying upon the case of P. Bhima Reddy v. State of Mysore & Ors, averred that the Amendment was prospective in nature and not retrospective, as the term "at once" meant within a reasonable time after commencement of the Act. Accordingly, the decision of the Executive Council of the University was taken within a reasonable time and could not be said to be arbitrary as the admission process had been initiated before the Amending Act came into force.

He then submitted that the cases cited by Singh were not applicable in the instant matter as one pertained to a mistake in arithmetic calculation with regard to reservation and did not involve any question of applicability of an Act, while the S. Krishna Sradha case was not about reservation at all.

Advocate Vinayak Mehrotra then sought to make submissions on behalf of the Consortium. He submitted that the S. Krishna Sradha judgement could not apply as there was a question of management quota, and the same did not exist for NLUs.

The Court noted that the Amending Act came into force at once, i.e. on 21st May, 2019. However, there was no provision in the Amending Act which stated that it would apply to the on-going admission process. Further, even though the University was mandated to provide compulsory reservation of seats to the extent of at least 30%, the year from which the said admission was to be reserved had not been prescribed in the statute.

It was also noted that the Academic Council had resolved on 27.07.2019 that the reservation would be implemented from the next Academic Year, and this decision had been approved by the Executive Council on 10.08.2019.

It was also observed by the Bench that the additional seats reserved were required to be provided at the time of initiation of the admission process which had started in January 2019, and as the reservation policy was not in force then, the actions of the University could not be said to be illegal and unwarranted.

"Each of the candidates intending to appear in the CLAT is required to give three choices for admission into the National Law Universities. The candidates had given these choices keeping in view the reservation policy of each State. Since the reservation policy of 30% seats was not available on the date when the admission process was initiated, the decision of the University to provide reservation from the next Academic Year cannot be said to be contradictory to the provisions of the Amending Act".

The Court further stated that the judgements cited by the Counsel for the Appellant as well as the Respondent were not relevant to the matter at hand. While Anupal Singh's case was regarding the challenge to the bifurcation of vacancies in the cadre of subordinate agricultural service in the State of Uttar Pradesh on the ground that it amounted to changing of the rules of the game in the middle of the selection process, S. Krishna Sradha's case was applicable only if a meritorious candidate had been denied admission.

Accordingly, the Bench did not find any error in the decision of the Calcutta High Court and proceeded to dismiss the Appeal.

In a related development, a group of law aspirants have filed a writ petition in the Calcutta High Court challenging the application of 30% domicile reservation in the present academic year 2020-21.