"What Reservations You Have?" SC Rejects SG's Objection On Appointment Of Justice Lokur As One-Man Panel To Prevent Stubble Burning 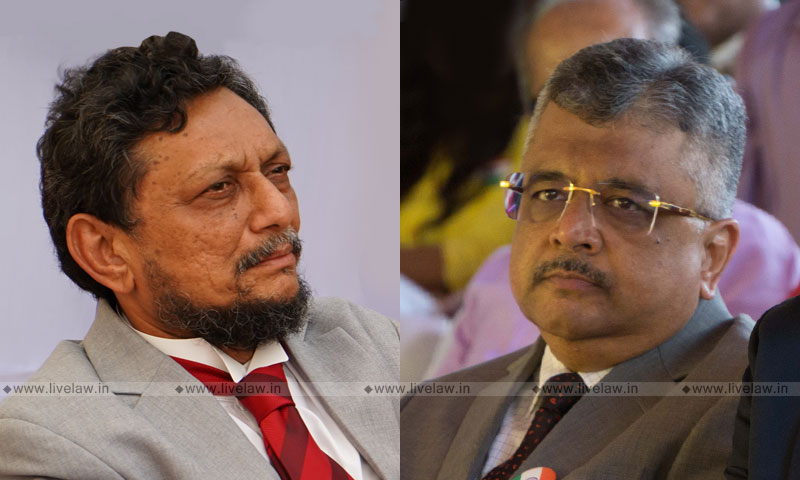 As the "stubble burning season" comes closer, the Top Court today, has appointed a One-Man Committee headed by Former SC Judge, Justice Madan B. Lokur to take steps for its prevention in the state of Punjab, Haryana and Uttar Pradesh.Chief Justice of India SA Bobde stated that even though the top court was confident that measures had been taken by authorities with the intention...

As the "stubble burning season" comes closer, the Top Court today, has appointed a One-Man Committee headed by Former SC Judge, Justice Madan B. Lokur to take steps for its prevention in the state of Punjab, Haryana and Uttar Pradesh.

Chief Justice of India SA Bobde stated that even though the top court was confident that measures had been taken by authorities with the intention of alleviating pollution in the State of Delhi, he added that inspite of these measures, there had been a reported increase in Stubble burning which would inevitably pollute the atmosphere of NCR.

Interestingly, just as the hearing ended and the bench was about to rise, Solicitor General Tushar Mehta appeared before the bench via videoconferencing and urged the bench to not sign the order appointing Justice Lokur as the One-man panel.

CJI SA Bobde asked Mehta as to why this request was being made, to which the Law Officer replied

"There are some reservations with which we do not want to Trouble My Lords. I will have to file an application, we could avoid the appointment"

At this juncture, CJI Bobde said that the court had not given Justice Lokur any extraordinary power or jurisdiction and that the bench had already passed its order.

"What reservations do you have, tell us orally," said the CJI.

However, the law officer urged the bench to not pass the order but the top court declined the request.

"There needs to be some monitoring of stubble burning before it assumes unhealthy proportions. Accordingly we find that the suggestion of a former judge of this court be appointed to monitor the situation in Punjab, Haryana & Uttar Pradesh," observed a bench, also of Justices AS Bopanna & V. Ramasubramaniun.

The bench accepted the suggestion in the plea by a Class XII Student Aditya Dubey to appoint a one-man committee of Justice Lokur to prevent stubble burning, stating that the Chief secretaries of Punjab, Haryana & UP shall enable Justice Lokur to order to devise additional means and methods for preventing burning or stubble in the states.

The Court further observed that the NCC, NSS & Bharat Scouts & Guides be deployed in the respective states for assisting in the monitoring of stubble burning in the agricultural areas in the states.

"We trust that the authorities in charge shall place them at the disposal of the "Lokur Committee" for this purpose. In addition, we direct that the teams already in existence in Punjab & Haryana meant for preventing stubble burning shall report to & take instructions from the Lokur Committee. We direct that the States shall provide adequate facilities to the Committee for carrying out its job including secretarial assistance and transportation if necessary"

In this backdrop, the Court stated that states of Punjab, UP & Haryana shall provide adequate transportation to volunteers and that Committee will submit a report fortnightly or as and when required. "All authorities including the EPCA shall report to the Committee for information sought," added the bench.

Remarking that "inspite of measures, there had been a reported increase in Stubble burning which will pollute atmosphere of NCR inevitably," the Top Court observed that it is not inclined to make an assessment of which measure has been effective or not. "We are confident that each measure has been taken by authorities with intention of alleviating pollution," the bench added.

Senior Advocate Vikas Singh appeared for the petitioner law student and told the court that if this petition is listed with the MC Mehta matters concerning Stubble Burning on November 23, it will be too late.

"By that time, we will be overcome with Smog"

The plea was filed by a 3rd year law student, Aman Banka and a Class XII student, Aditya Dubey through Advocate Nikhil Jain, highlighted that stubble burning contributes to almost 40-45% of air pollution in Delhi.

They therefore sought to ensure that the Air Quality Index level in Delhi-NCR does not critical levels during the stubble burning season this year, especially in view of the prevailing Covid-19 Pandemic.

"The "Right To Breathe" Clean Air is an integral part of the Fundamental 'Right to Life' enshrined in Article 21 of the Constitution of India and the said fundamental right is being violated by the failure of the Union Government and the State Governments, to keep the air pollution levels in Delhi-NCR below hazardous levels every year during the period between September to January," they submitted.

Apart from regulation of stubble burning, the Petitioners had urged the following directions be made to the Delhi Government: