Who Is The Author Of Ayodhya Judgment? 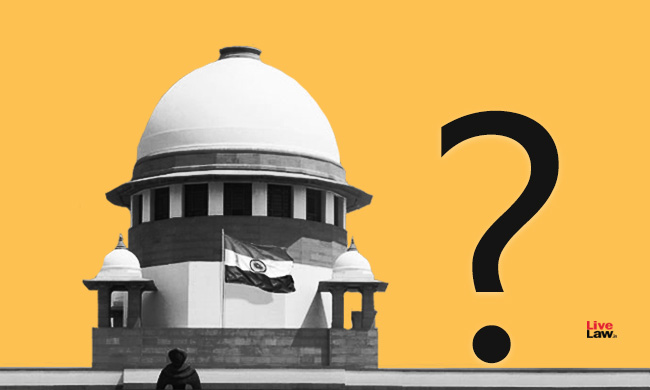 The 1045-pages judgment of the Supreme Court in the Ayodhya-Babri Masjid land dispute case does not disclose the name of the judge who authored it.

This is highly unusual and in departure from convention. The established practice is to specify the name of the judge who has authored the judgment on behalf of a bench.

The key points and operative portions of the unanimous verdict was read out in Court on Saturday morning by CJI Gogoi.

Another curious fact about the judgment is that it carries a 116- pages addendum, which explains why the disputed place is the birth place of Lord Ram as per the faith and belief of Hindus.

Even the author of this addendum remains a mystery.

The last paragraph of the judgment, at page 929, states :

"One of us, while being in agreement with the above reasons and directions, has recorded separate reasons on: ―Whether the disputed structure is the birth-place of Lord Ram according to the faith and belief of the Hindu devotees. The reasons of the learned judge are set out in an addendum"

This addendum by one among the judges refers to various ancient texts and scriptures to observe :

"it is found that in the period prior to 1528 A.D., there was sufficient religious texts, which led the Hindus to believe the present site of Ram Janma Bhumi as the birthplace of Lord Ram".

At the end, it concludes :

"It is thus concluded on the conclusion that faith and belief of Hindus since prior to construction of Mosque and subsequent thereto has always been that Janmaasthan of Lord Ram is the place where Babri Mosque has been constructed which faith and belief is proved by documentary and oral evidence discussed above."

The members of legal fraternity are sharing in social media their surprise at the fact that the judges who wrote the judgment and the addendum have chosen to remain anonymous.

There is no known precedent of Supreme Court similarly concealing the identity of the author of a judgment in a major case.