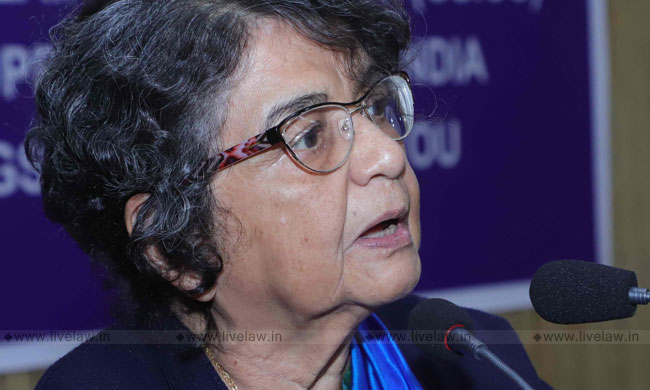 Speaking on International Women's Day, former Supreme Court judge Justice Ruma Pal recalled how male colleagues initially refused to sit with women judges who were first appointed in the Calcutta High Court but that by the time she was appointed, they had got used to seeing women on the Bench."As a Judge, I have never faced discrimination of any kind in the discharge of my judicial functions...

Speaking on International Women's Day, former Supreme Court judge Justice Ruma Pal recalled how male colleagues initially refused to sit with women judges who were first appointed in the Calcutta High Court but that by the time she was appointed, they had got used to seeing women on the Bench.

"As a Judge, I have never faced discrimination of any kind in the discharge of my judicial functions by my colleagues either in the High Court or in the Supreme Court. On the contrary, in Calcutta, I was assigned the 226 Revenue bench by the same family friend who had deterred my joining the profession at the outset and who by then was the Acting Chief Justice of the High Court.

However, when women judges were first appointed in the Calcutta High Court, thanks to the International Year of the Woman in 1975, their male colleagues initially refused to sit with them. By the time I was appointed they had got used to seeing women on the Bench," she said at a function organized by the Gender Sensitization and Internal Complaint Committee, Supreme Court of India.

Justice Pal began her speech with a background on the Gender Sensitization and Sexual Harassment of Women at the Supreme Court of India (Prevention, Prohibition and Redressal) Regulations, 2013. Moving on to the advent of the Vishaka guidelines as well as well as the Sexual Harassment of Women at Workplace (Prevention, Prohibition & Redressal) Act, 2013, she then spoke about women in the legal profession, based on her own experiences.

Justice Pal recalled that the first obstacle she faced on account of her gender was from the principal of the University Law College, Nagpur, who refused to allow her to sit in class with the other students because she was the only girl. She was also asked to take the examinations privately. However, she remained adamant and was finally permitted to sit in the classroom but at a separate table and chair next to the lecturer. 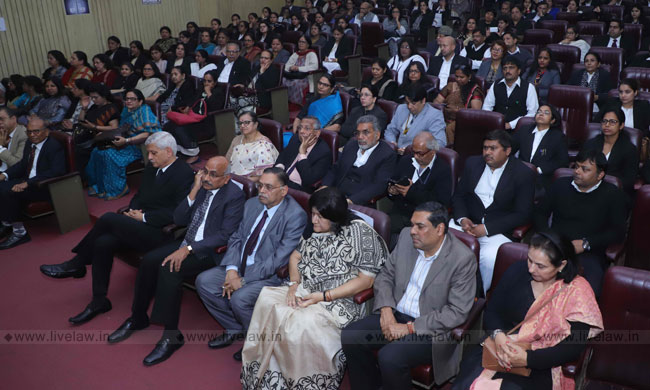 She spoke about another incident which related to her life as a student at Oxford, where she was reading for a post-graduate degree. There, she was not only the only woman but also the only non-white person. She recalled that due to her gender or her identity, she was always left partner-less in the tutorials, where students were required to interact with particular professors in twos.

As for when she returned to India, she was told that it was against one of the firm's policy to appoint women because they would get married soon and that the profession was too "dirty" a place for women. According to her, she faced obstacles in three forms during her professional journey:

"(i) prejudice on the part of clients-'women are unable to understand complex issues and cannot hold their own against male lawyers'; (ii) underestimationon the part of male lawyers. A very senior lawyer seeing a draft prepared by me, asked-Did you prepare this or was this prepared for you? And finally- (iii) devaluation and undermining- against by male colleagues- 'you won because the judge (generally a man) was being kind to a woman'." 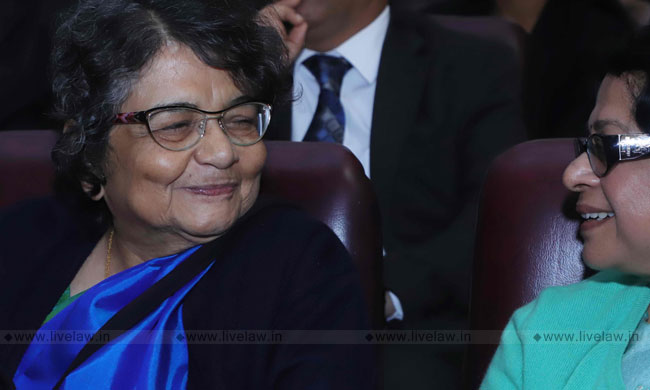 Where merit is to be considered, gender is irrelevant

Justice Pal said that the flip side of the discrimination was that she was singled out for attention by the public as well as the judges. However, she added that this phenomenon can lead to a "Queen Bee syndrome", where women in power enjoy exclusive limelight and don't appoint other women into positions of power.

But Justice Pal opined that where merit is to be considered, gender anyway is irrelevant and asserted that in India, the object of appointing a lady judge cannot be only to correct public perception and that regard must also be given to mental competence.

"But between equally competent men and women candidates, women must be chosen," she added, while also warning against the use of the gender card by incompetent women.

Justice Pal acknowledged the fact that a woman's DNA construct is such that caring and nurturing comes to her naturally, while for men, it is a learned art. However, she asserted that limiting her mind to cooking, interior decorating, nursing, teaching and similar roles, "is to ignore her as an individual".

"Her gender is only one aspect of her identity. Like other individuals there are other aspects of her identity, which apart from her gender, includes, most importantly, her intellect. To those amongst us today who are women studying law or lawyers, or judges I offer my congratulations for keeping the neural pathway between their intellectual capacities and their role as professionals operative in the collective public mind," she said.

How should a woman behave in court?

Justice Pal believes that the answer to this question depends on how she wants to be perceived. She said, "If she wants to project her mental abilities solely she will not dress or do anything which calls attention to her gender. If she wants to assert herself as a woman which a competent mind she may make such concession to her gender which (a) is in keeping with her sense of privacy and (b) dos not detract from her perception by the public as a competent professional.

All this is of course within the parameters of the court rules relating to the prevailing colour code (black and white) in the profession and the law."

Have matters changed for better for women in law?

According to her, they have. She said that in 1913, women were debarred from entering the profession at all because the law, according to at least two High Courts, did not consider them to be 'persons'. However, she pointed out that now, in Nagpur University, majority of the students reading law are women.

However, as far as judicial appointments are considered, she recalled that there was generally a great deal of tokenism initially. Opining that viewing the rule of preferring women as a sort of a quota leads to meritless tokenism, she added,

Unfortunately this rule of preference is sometime also seen as a 'quota'-which is wrong first because it tends to lead to meritless tokenism and second because it excludes the appointment of competent women lawyers on the ground that the quota is filled!"