Writ Petition Should Normally Not Be Entertained Against Mere Issuance Of Show Cause Notice: SC [Read Judgment] 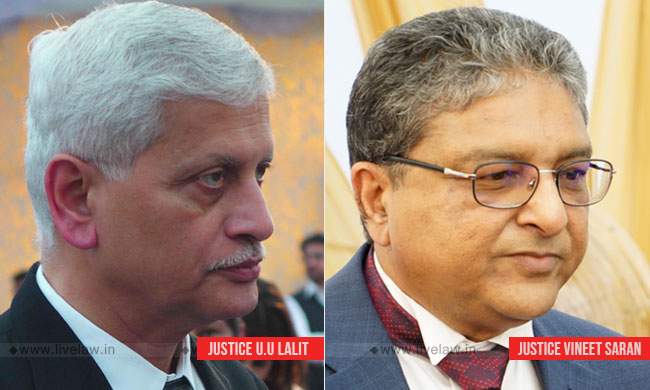 The Supreme Court has reiterated that a writ petition should normally not be entertained against mere issuance of show cause notice.

The bench of Justice Uday Umesh Lalit and Justice Vineet Saran made this observation in an appeal filed under Central Excise Act, 1944. It noted that, in the instant case, the High Court had entertained a writ petition and directed the Department to prima facie consider whether there was material to proceed with the matter.

The court said that it may not be appropriate for the writ court to entertain a petition under Article 226 of the Constitution against a show cause notice issued by Excise Authorities. It said:

The excise law is a complete code in itself and it would normally not be appropriate for a Writ Court to entertain a petition under Article 226 of the Constitution and that the concerned person must first raise all the objections before the authority who had issued a show cause notice and the redressal in terms of the existing provisions of the law could be taken resort to if an adverse order was passed against such person.

In this case [Commissioner Of Central Excise, Haldia vs. M/s. Krishna wax], the Excise Appellate Authority had held that an appeal could lie against any order passed under the Act by a Central Excise Officer lower in rank to the Commissioner. It had rejected the objection that the Appeal was completely premature as the matter was not yet gone into; no reply to the Show Cause Notice was filed by the Respondent and there was, as a matter of fact, no adjudication by the concerned authority. The Apex Court set aside the order and directed that the proceedings pursuant to show cause notice be taken to logical conclusion.