'You Are Shooting The Messengers': SC Pulls Up Delhi Govt Over Maltreatment Of Doctors 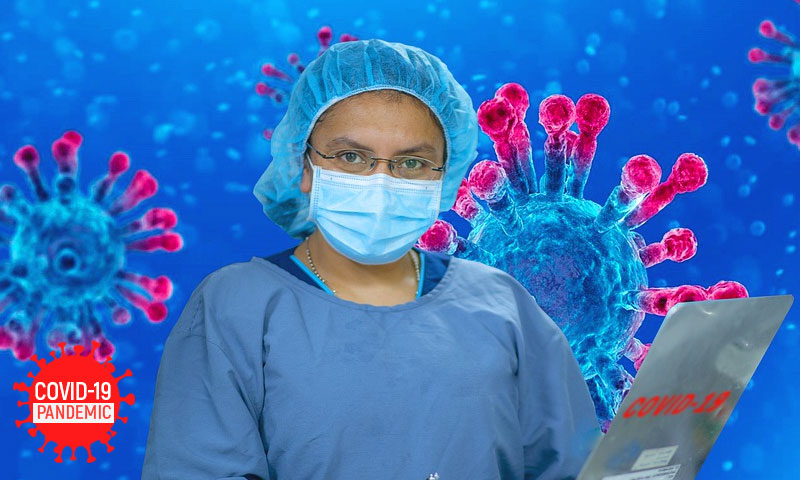 The Supreme Court on Wednesday observed that the response of the Delhi government on Covid patient care was vague and incomplete. Court directed the Delhi Government to file a "better affidavit" laying down its response to management of the Coronavirus crisis.A bench of Justices Ashok Bhushan, SK Kaul & MR Shah pulled up the Delhi Government for targeting doctors and healthcare...

The Supreme Court on Wednesday observed that the response of the Delhi government on Covid patient care was vague and incomplete. Court directed the Delhi Government to file a "better affidavit" laying down its response to management of the Coronavirus crisis.

A bench of Justices Ashok Bhushan, SK Kaul & MR Shah pulled up the Delhi Government for targeting doctors and healthcare workers while hearing in its suo motu plea pertaining to COVID mismanagement titled "In Re Proper Treatment Of COVID-19 Patients And Dignified Handling Of Dead Bodies In The Hospitals, Etc.".

While slamming the Delhi Government's lackadaisical approach, the bench told ASG Sanjay Jain (Counsel for Delhi Government) that the Government was suppressing numbers and threatening doctors with filing of FIRs.

Justice Bhushan: "You Affidavit says everything is excellent in Delhi. You don't want the truth to come out"

Justice Kaul: "The doctors and nurses are soldiers. We are fighting a war. If we don't treat them properly, how will you win the war? Your approach seems to be that you're filing FIRs against doctors. You are shooting the messenger, the paramedics, the doctors! You are suppressing numbers and threatening doctors."

Further, the bench remarked that all unfortunate steps taken by the Delhi Government towards health care workers must be withdrawn.

In light of this, the bench listed the matter for further hearing on June 19.

The Supreme Court had issued notice to the Governments of NCT of Delhi, Maharashtra, West Bengal, Gujarat and Tamil Nadu over management of COVID-19 situation and sought their response regarding the management of patient care and handling of dead bodies in hospitals.

The bench had expressed concerns at the reduction of COVID-19 testing rates in Delhi and had also also referred to "horrific scenes" of mishandling of dead bodies while taking note of a news report on India TV, telecast on June 10, highlighting patients have been in pathetic conditions. "Dead bodies in the lobby, waiting area, wards...This is the state of a Govt hospital.." the bench said.

Earlier, former Law Minister Senior Advocate Dr. Ashwani Kumar had written a letter drawing the attention of the Court towards various reported incidents, whereby persons suffering from Covid19 infection are being ill-treated and their dead bodies are being manhandled.

Senior Advocate had drawn the attention of the CJI towards a tragic indecent in Madhya Pradesh where an elderly man suffering from Covid was tied to a bed, after he allegedly failed to make payment of fees for his treatment.

He had stated that even the Supreme Court has on multiple occasions recognized the "right to die with dignity" as a fundamental right and has asserted that the Court has the "duty and the power" to ensure that the law declared by it is actually enforced.

"It is requested that the Court takes suo-motu notice of the matter. In view of the shocking infraction of the fundamental right to dignity…Your Lordships are respectfully requested, to issue such orders, writs or other directions as will effectuate the citizens' right to die with dignity," Kumar stated in his letter.