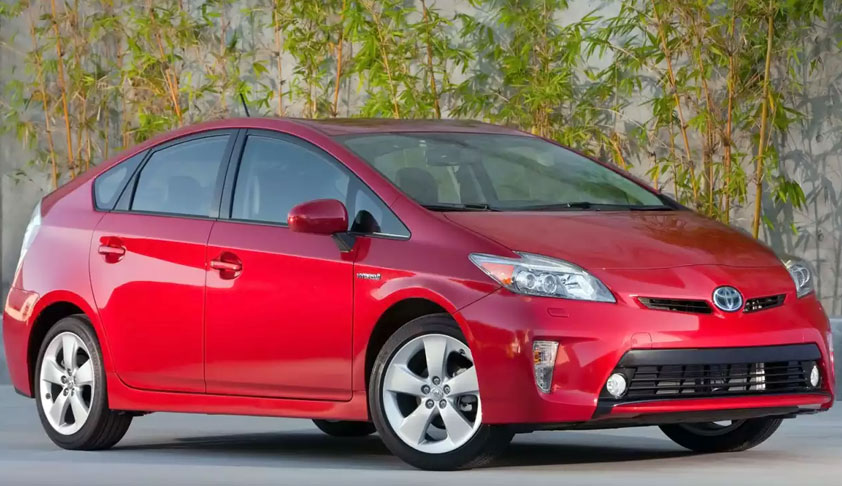 While denying protection to the brand name “Prius” of the car manufactured by Toyota, the Supreme Court held that an international brand should establish that it had enjoyed goodwill and reputation within Indian jurisdiction to sustain an action for trademark infringement.Toyota had instituted the suit for trademark infringement against a dealer of automobile spareparts, which was...

While denying protection to the brand name “Prius” of the car manufactured by Toyota, the Supreme Court held that an international brand should establish that it had enjoyed goodwill and reputation within Indian jurisdiction to sustain an action for trademark infringement.

Toyota had instituted the suit for trademark infringement against a dealer of automobile spareparts, which was carrying its business under its registered trademark “Prius” since 2001.  Though the manufacture of “Prius”, a hybrid car, was commenced by Toyota in 1997 in Japan, it was not made available in Indian market until 2009. The suit was filed in the year 2009 in the Delhi High Court seeking to restrain the dealer of automobile spare parts from carrying its business under the name “Prius”, and also from using the names “Toyota”, “Toyota Innova” and “Toyota Device” in the parts supplied by it. As regards the use of names “Toyota”, “Toyota Innova” and “Toyota Device”, the spare-parts dealer contended that the use was intended to identify the products as belonging to the particular vehicles, and during the course of trial, it agreed to differently depict the said names so as to distinguish it from the trademarks of Toyota. So the only dispute remained with regard to the use of name “Prius”.  The issue was whether Toyota could claim that the spare-parts dealer had been infringing its trademark since 2001, when the car by name “Prius” was not available in Indian market until 2009. While the trial court held in favour of Toyota, the division bench of Delhi High Court dismissed the suit in appeal. Hence, Toyota came in appeal before the Supreme Court.

Registration of trademark not necessary for action of passing off

Explaining the fundamentals, the division bench of the Supreme Court comprising Justice Ranjan Gogoi and Justice Navin Sinha stated that to maintain an action for passing off, it was not necessary to have the trademark registered.  It was observed that “that the action for passing off which is premised on the rights of prior user generating a goodwill shall be unaffected by any registration provided under the Act”. It was also stated that it is no defence to passing off that the defendant’s mark is registered. Hence, the fact that the defendant’s trademark “Prius” was registered in India since 2002 was not by itself a defence to the action of the plaintiff-Toyota.  But to prove and establish an action of passing off, three ingredients are required to be proved by the plaintiff, i.e., his goodwill, misrepresentation and damages. References were made to S Syed Mohideen vs P Sulochana Bai (2016) 2 SCC 683, Reckitt and Colman Ltd vs Borden Incorporated 1990(1) All ER 873 and NR Dongre vs Whirlpool Corporation 1996 (5) SCC 714.

As per the principle of universality, an international brand can successfully maintain action for passing off if it establishes that it enjoys universal reputation and goodwill, though its goods are not available in the domestic market. On the other hand, the principle of territoriality states that the brand should be having goodwill and reputation within the domestic market for succeeding the case.

The Supreme Court held that the overwhelming judicial and academic opinion all over the globe seemed to be in favour of the territoriality principle. It was observed that to give effect to the territoriality principle, the courts must necessarily have to determine if there has been a spill over of the reputation and goodwill of the mark used by the claimant who has brought the passing off action. In this regard, references were made to the decision of UK Supreme Court in UK Supreme Court in Starbucks vs British Sky Broadcasting 2015 UK SC 31, Federal Court of Australia in Taco Bell vs Taco Co of Australia 1981 60 FLR 60 and the views of  Prof Cristopher Wadlow  in his book “The Law of Passing-Off”.

So, as per the territoriality principle, there must be adequate evidence to show that the plaintiff had acquired a substantial goodwill for its car under the brand name ‘Prius’ in the Indian market also. The court noted that “Prius” brand was introduced in Indian market only during 2009-10. It also noted that the information available to Indian customers regarding the goodwill and reputation of Prius abroad was scanty, especially having regard to the fact there was much less proliferation of internet during the first decade of 2000. Evidence on record also suggested that there was very less sale of “Prius” cars even after its launch in India, and the first advertisement of the brand was made in India in 2011. Hence, the court concluded that the brand name of the car Prius had not acquired the degree of goodwill, reputation and the market or popularity in the Indian market so as to vest in the plaintiff the necessary attributes of the right of a prior user so as to successfully maintain an action of passing off even against the registered owner.

Plaintiff need only prove ‘likelihood of confusion’ due to trademark similarity, instead of ‘actual confusion’

While dismissing the suit, the Delhi High Court had held that mere likelihood of confusion was not sufficient and that the plaintiff had the onus to prove actual confusion. However, the Supreme Court disagreed with the Delhi High Court on this point. It was observed by the Supreme Court as follows “Once the claimant who has brought the action of passing off establishes his goodwill in the jurisdiction in which he claims that the defendants are trying to pass off their goods under the brand name of the claimant’s goods, the burden of establishing actual confusion as distinguished from possibility thereof ought not to be fastened on the claimant. The possibility or likelihood of confusion is capable of being demonstrated with reference to the particulars of the mark or marks, as may be, and the circumstances surrounding the manner of sale/marketing of the goods by the defendants and such other relevant facts. Proof of actual confusion, on the other hand, would require the claimant to bring before the Court evidence which may not be easily forthcoming and directly available to the claimant.

Nevertheless, in view of the finding that the plaintiff-Toyota had not established that it had goodwill/reputation in Indian market before its entry in 2009, the findings on this issue did not have any bearing on the result. The appeals were dismissed, confirming the decision of the Delhi High Court in dismissing the suit by Toyota.

P Chidambaram appeared for Toyota and Sai Krishna was the counsel for Prius Auto Industries Ltd.

You can also read Prof. Shamnad Basheer's analysis of this Judgment Here