Transparency in Realty: A Reality 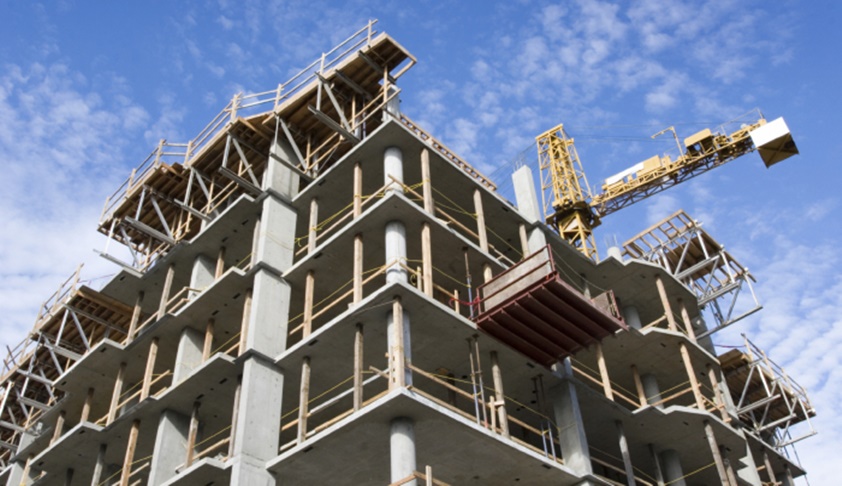 “Foxes have dens and birds have nests, but the Son of Man has no place even to lay his Head” - Mathew 8: 20, New Testament, BibleOwning a home to live at an affordable cost is a life time dream of every middle-class Indian in a country where the real estate industry was not regulated until the enactment of Real Estate (Regulation and Development) Act, 2016 (“RERA” in short). The...

“Foxes have dens and birds have nests, but the Son of Man has no place even to lay his Head” - Mathew 8: 20, New Testament, Bible

Owning a home to live at an affordable cost is a life time dream of every middle-class Indian in a country where the real estate industry was not regulated until the enactment of Real Estate (Regulation and Development) Act, 2016 (“RERA” in short). The industry which is known for its practice of luring the middle class to pour money and inducing them to pay more and more in many ways by incurring home loans, delaying the projects and not getting the required regulatory approvals and handing over the possession in time. RERA has thrown a flashing line of hope to the common man and it will help to shift the industry into accountable, transparent and fair in development projects. The Act is a positive step towards regulating the real estate industry which provides for constitution of a separate authority, regulating the promoters of real estate project as well as the real estate agents etc., though the Act has not addressed certain issues such as check on environmental damages or approval of the projects having bearing on unforeseen problems arising out of natural calamities such as flood, cyclone which affects the entire city (Chennai had seen a worst rainfall and flood affecting the entire city on December 4, 2015). This article makes an attempt to analyse the scope and effect of the Act which was notified on May 1, 2016 and certain provisions on April 19, 2017 which has come into force with effect from May 1, 2017[1].

The objective of the Act as provided in its preamble is to establish an Authority for regulation and promotion of the real estate sector and to ensure sale of plot, apartment or building, as the case may be, or sale of real estate project, in an efficient and transparent manner. There was no legal forum in the country to redress the disputes specifically arising between a flat/plot purchaser and the developers which have been resolved by the enactment of RERA as it impels the constitution of State Level Regulatory Authorities to enforce accountability of the Real Estate Sector and providing adjudication machinery for speedy dispute redressal. Until the enactment, the Consumer Disputes Redressal Forum were the only place for the buyers in the real estate market to appraoch for remedy, the recourse of which is only curative and is inadequate to address all the concerns of buyers and promoters in the sector.

The Act attempts to balance the interests of consumers and promoters by imposing certain responsibilities on both. It seeks to establish symmetry of information between the promoter and purchaser, transparency of contractual conditions, set minimum standards of accountability and a fast track dispute resolution mechanism.

The Key Features of the Act are:


Challenges in implementation of the Act

However, there are certain disparities in the Act which may have an adverse impact on the Real Estate Industry.  For example, the scope of the Act is restricted to ‘purchase and sale’ of real estate projects and it fails to address the approval bottlenecks which continue to haunt builders.  The Act has failed to address the issue of obtaining approvals from multiple authorities and introduction of a ‘single window clearance’ mechanism which is the fundamental requirement in timely completion of projects. Approvals required in a typical real estate project are approval from Tehsildar, Development Authority, Registration Department, State Pollution Control Board, Forest Department, and Coastal Zone Management Authority for obtaining licence for a project. The approval of ASI, NHAI, PWD, Civil Aviation department, Fire Department, and Municipal Authorities are required for approval of building plan and clearance before start of work. In order to achieve the timelines, the Promoters have to act in a very fast manner to complete the project. Further, now they are under pressure to shorten the project completion time to save the investment cost and reduce expenditure. However, it depends on faster approvals from authorities discussed above. These authorities will have to streamline their internal processes to meet the expectation of the promoters.

The land cost plays a significant role in the urban development projects. In such scenario, the requirement to park 70 percent of the sales revenue in a separate account, to be channelled only towards construction of the project, is likely to be a great hurdle for the cash strapped builders. Though the mechanism of parking of funds in a separate account, to be utilised only for the project construction, provides buyers with some element of security and certainty, capping the amount to 70 percent may not be in the interest of the promoters as initial cost towards purchase of land and statutory requirements alone would exceed 30% of the total project cost. The provision relating to ‘separate account’[*] as envisaged in the Act is contrary to what had been intended in the original bill by ‘escrow account’[†].  An escrow account is a contractual arrangement entered between two contracting parties who mutually agree to open an account with a 3rd party / bank / security trustee (called the escrow agent) wherein the monetary consideration relating to the contract is kept deposited with such escrow agent and is released to either party based upon the fulfilment or non-fulfilment of contract. In case of real estate projects it could have helped the allottees to have check over the deposit amount had it been in the nature of escrow rather than a separate current account for which only upon submission of certificate from Architect, engineer and chartered accountant the promoter is permitted to withdraw the money.

The Act mandates the disclosure of all the basic details relating to any real estate project undertaken by the Promoter. However, no infrastructure has been made available as on the date of notification of the provisions of the Act. Besides, the Act also mandates the builders to honour their commitments in terms of timelines, quality, facility, etc and provides that any default on the part of the builder could result in revocation of the project registration, freezing of bank accounts and handover of development rights to the buyers or third party.

In addition to the all, the Act also provides for severe penal and prosecution consequences in case of defaults / non-compliances and entails listing the builder as a defaulter and display his photograph on its website, and also inform the other Real Estate Regulatory Authority in other States and Union territories about such revocation or registration. [Sec.7(4)]

In a separate legislation, the Ministry of Housing and Urban Poverty Alleviation has prepared a Model Tenancy Bill, expected to be placed before the cabinet that is aimed at an authority to register tenancy agreements with a special court to consider disputes. The Draft Model Tenancy Act 2015, aimed at regulation of tenancy for commercial and residential properties, which will balance the rights and responsibilities of landlords and tenants through rental contracts, Registration of rental contracts with Rent Authorities, Outlays process of fast adjudication process for resolution of disputes through Rent Tribunals, Repossession of the premises by the landlord through Rent Courts, Compensation in case of non-vacancy. In a country where the investment in real estate is considered to be the best bet and income from rent is the main income from other sources for the salaried clause, how far the objective of the proposed bill can be achieved is a great challenge. Different Authorities for similar kind of issues within the real estate industry would create more misperception and confusion.

In respect of the RERA itself, the member of the standing committee from certain states such as Tamilnadu have dissented the central government’s competence to enact it[2]. However, it was justified on the ground that the primary aim of the Act is to regulate contracts and transfer of property, both of which are in the Concurrent List though the real estate as “land” is in the State List of the Constitution. In such circumstances, the possibility of challenging the constitutional validity of the Act itself before the courts on the basis of colourable legislation cannot be ruled out.

The RERA has been enacted at a time where msushrooming numbers of real estate projects are floated by fly night builders who dupe the general public and take away their hard earned money. In the past, many courts and regulators had raised the issue of illegal constructions[3] and environmental violation[4]. In August 2016, the Ministry of Environment and Forest finally approved a notification to define an ecologically-sensitive zone around Delhi’s Okhla Bird sanctuary, giving a sense of relief to at least 90,000 home buyers in nearby Noida after the National Green Tribunal ordered that projects in a 10-km radius cannot be given completion certificates. Controversial environmental approvals may be a looming issue in future, unless steps are clearly made as the real estate industry is often treated in isolation from larger urban issues including traffic, cleanliness and provisions for water and clean air. Unless the faster approval clearance mechanism is made with a ‘single window clearing’ for real estate projects, the desired goal under the Act cannot be achieved.

The Act has provided a check and balance between the allottees and promoters to have a fair play. Buyers delaying payments and builders delaying hand-over of properties did not share same penalties so far. Now, they will be made equal. The structural defect guarantee shall provide a sense of security on the quality of building to the allottees. However, in many cases the defect would go unnoticed as majority of the buyers’ intention of buying a flat is to rent it out.

Incidentally, it is more pertinent to note that on the effective date of the Act i.e., on May 01, 2017, only 12 out of 32 States and Union Territories have notified the Rules and except the state of Madhya Pradesh, no other state has constituted permanent regulator. The effective implementation of the provisions of the Act depends on the quick and fast action of the Government.

[†] "Clause 4(i)(D) of the Bill provides for maintenance of a separate account and  on submission of declaration (through affidavit), authority shall grant registrationin terms of Clause 3.32 The penalty provisions are available in Clause 52 of the Bill. The penalty provisions in respect of default under the said provision can be made more stringent and the Administrative Ministry may consider the desirability of adding provisions for maintenance of separate escrow account or custody of account with any third party to avoid mischief on the part of promoters."- Comments of Department of Legal Affairs, of Ministry of Law and Justice to the draft Bill.

[2] Note of Dissent given by Shri.A.B.Rabi Bernard, MP in the Select Committee on RERA

[The opinions expressed in this article are the personal opinions of the author. The facts and opinions appearing in the article do not reflect the views of LiveLaw and LiveLaw does not assume any responsibility or liability for the same]
Tagsapartment promoter real estate Real Estate (Regulation and Development) Act 2016 RERA Transparency
Next Story
Similar Posts
+ View more
Law Firms
+ More