A Tribute To Our Beloved Colleague Aishwarya Dhakarey 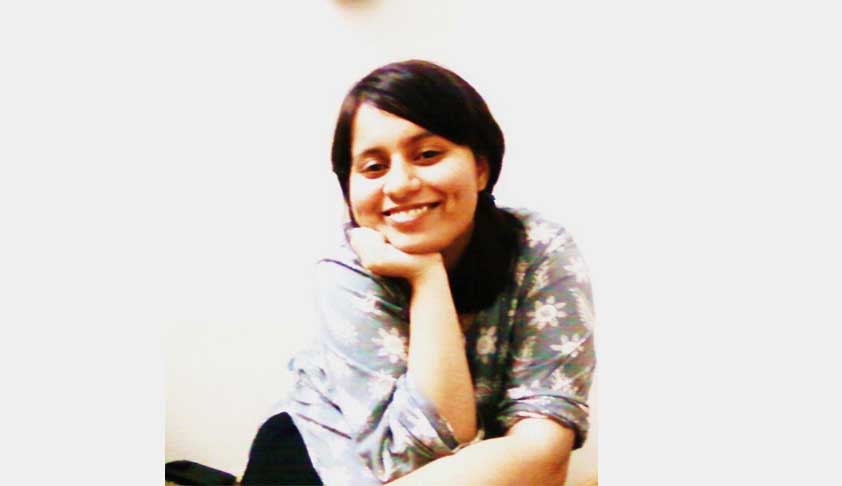 The quote is quite apt for our dear colleague and friend, Aishwarya Dhakarey, who passed away tragically on March 12. She ended her life, leaving behind a note, which she had written on March 7.

A memorial was held at her college, Symbiosis Law School, Pune, on March 20 to honour her memory.

Aishwarya’s sudden demise has left the entire team in a state of shock and denial. She had been working with LiveLaw for over a year, for our Law School section. She had written over a 100 articles for the website, contributing significantly towards its growth.

Aishwarya was determined, hard-working, goal-oriented and a caring person, who took life’s challenges with a certain sophistication and maturity. She had contributed to a plethora of other websites as well, showcasing an unmatched skill, whatever curveball life threw at her. Hence, although much too short, hers was a life well lived.

We pray that God endows her family and friends with strength to cope with the loss. May her soul rest in peace.

Aishwarya was an integral part of the LiveLaw family. I still remember how her persistence had compelled me to offer her a place with the website, and it was the same dedication that kept her at it. During her tenure at LiveLaw, she was extremely proactive and lively, always ready to take up responsibilities and ace them. She came across as a very hard-working and dedicated person, with an ability to get along with all members of the team.

Losing her, therefore, feels like losing a family member. It was an honour to have known her, and I hope she finds peace, wherever she rests now.

Aishwarya was a dedicated and committed professional. Working for a span of 1.5 years with me, she gave her best performance and always behaved more like a friend than a colleague. May God rest her soul in peace and give strength to her family to bear the loss.

I often recall when we first started working on SuperLawyer. Aishwarya was working for an entrepreneurial research group. It was a combination of law students who are inclined in research work. We connected with them to help us reach out to diverse lawyer profiles.

There was a stark difference in the quality of work that came through the group. In all those assignments where Aishwarya worked, I could sense a higher amount of hard work, wit and intelligence. Aishwarya had a great sense of what we were doing as SuperLawyer, and her work showed her support for our cause.

Aishwarya never submitted work to just get validated, she would go the extra mile to make sure the interviews which we take actually served our goals.

That was a wonderful show of work ethics which we’ll never forget, and which demonstrates the type of person that Aishwarya was. Because of this, I directly connected with Aishwarya and she volunteered as a SuperLawyer member for a long time after that.

There are no words to express my sorrow for Aishwarya’s family. I join them and every one of you in honouring her memory.

A tribute from Advocate Pritish Chatterjee

We may not have spoken as much in college, but as a fellow human, I would say it's a loss to the world you're not among us anymore. First time we met in your first year, you struck me as a studious type who would've secured a job before the end of five years in law school and I was right. You did exactly that. You would've killed it as a lawyer. RIP Aishwarya, wherever you are.

I knew Dhakarey since 2012, we were classmates and batchmates. But it was only in the third year when we moved to our new campus here in Viman Nagar that we got closer. She was my neighbour here at Sanjay Park.

I remember our never-ending discussions which, on many occasions, stretched late into the night. We spoke about almost anything - books, boys, college gossip anything and everything. And I also remember how we struggled to make it to those early morning lectures or bumped into each other with our puffy eyes or just fell asleep in the class. We promised not to have these long late night chats but of course, they never stopped.

Class reminds me about our roll call. Our roll numbers were very close, she was 69 and I was 66. Dhakarey gets super alert when the Professor is at 54/55 and she used to alert me almost every time to give my attendance. The day she missed her class, I missed my attendance.

As our roll numbers were close, we were part of “many compulsory groups” that were formed by teachers. Even otherwise, we worked together on many occasions. I shared a great level of comfort with her. She was a fearless critic, always aimed at getting out the best in you. She was a sincere and diligent student who met with all deadlines and performed well. In the end, she was an affectionate and understanding person who always lent her support in putting up a great show.

Golu she was affectionately called by her family

Dhakarey she was called by her friends

Dhaku she was fondly called by her seniors.

SHE WAS A BEAUTIFUL GIRL, with a child-like innocence who lived her life on her own terms.

DHAKREY, WE WILL MISS YOU. MAY YOUR SOUL REST IN PEACE AND MAY GOD GIVE YOUR FAMILY MORE STRENGTH AND PEACE.

Aishwarya was a true and a supportive friend of mine since the beginning of law school. She always made efforts to keep in touch with me most of the time and even during college vacations. I remember we used to have endless talks on literally everything under the sun. She was always a constant member in all the group assignments in college. Her proactiveness and dedication towards academics and other activities have also been a source of inspiration for me. I will always cherish the fun times we had and the memories that were made. RIP Dhakarey.

I met Aishwarya for the first time in 2012 while appearing for GD-PI rounds of Symbiosis Entrance Test for SLS Pune in Noida. I found her to be a jolly and friendly person. Even though my GD went bad, she tried to cheer me up and tried her level best to counsel me so that my PI goes smoothly.

Thanks to her my PI went good. Unfortunately I could not make it to SLS Pune in 2012 and it shook my confidence to a great extent.

However, Aishwarya stood beside me and supported me and encouraged me all throughout the preparation for the next year's law school entrance tests. I am indebted to her for the support she gave during the said time. Without her moral support, it could have been really difficult for me to get into any law school.

From my first year till the time I met her for the last time, in September 2016, I found her very supportive and eager to help. She became a rock-solid support for me from the first year of my law school and guided me in various ways. She was that one person whom I found to be realistic while at the same time extremely supportive and had the capability to instill and enthuse a positive feeling in anyone she speaks to.

On one instance in my second year, I got an internship offer from a leading law firm in Kolkata which was rescinded later on. My experience then was not at all good and I was gradually getting into depression. Her guidance and support during the said time period helped me in overcoming the situation a large extent. Her jolly nature used to bring a feel of positiveness every time I spoke to her.

I used to look upon her as a sort of role model among the students of the 2017 batch and my decision to join SuperLawyer was largely influenced by her work at both SuperLawyer and LiveLaw. Now that she is no more among us, I find it very difficult to work with the same vigour as I earlier used to do. I have hardly met with anyone like her who is accomplished, successful yet help others selflessly.

I found her to be a very dedicated and hard working student. Apart from that, her enthusiasm in everything was unmatched. Though she started becoming a little indifferent in the past few years, I had never thought that one day I will have to see this day. Her untimely and tragic death is not just a loss for the legal industry, but is also a huge loss for me. With her, I lost a well-wisher and a good friend and perhaps, I will not get a friend like her in future. I wish her a very happy time, wherever she is, and I pray to the Almighty to bless her with a great life again where she will win in every sphere of her life.

My heartfelt condolences go out to her mother and her brother.