A Tribute To P.P Rao 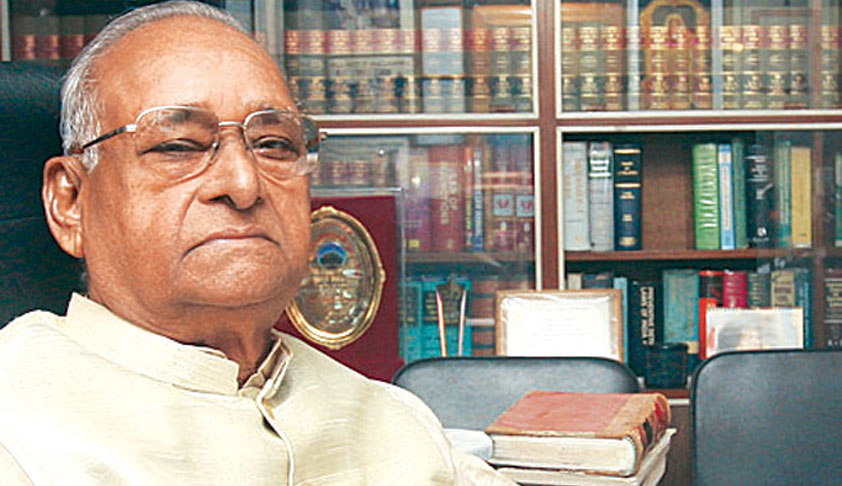 From his early childhood days, Padma Bhushan senior advocate PP Rao had the sole aim to pursue law - his inspiration being his own uncle and brother, and the dedication he saw in lawyers who fought tirelessly to relieve the distress of their clients. Such was his dedication that he took up teaching at a local district high school to support his pursuit of the legal profession. This was...

From his early childhood days, Padma Bhushan senior advocate PP Rao had the sole aim to pursue law - his inspiration being his own uncle and brother, and the dedication he saw in lawyers who fought tirelessly to relieve the distress of their clients. Such was his dedication that he took up teaching at a local district high school to support his pursuit of the legal profession. This was yet another milestone in his life that would leave an indelible mark upon his personality - the passion for teaching and abiding by the motto of the high school: “Look up, Aim High!”

Starting out in a small village and facing numerous financial hardships, he went on to acquire a Masters in Constitutional Law, teaching the same in the foremost university in Delhi, working part-time with senior advocate Nirmal Chandra Chatterjee as a research assistant on all his constitutional matters, writing a globally-renowned book on Emergency and Law, practicing law continuously for half a century - his journey is a personal inspiration not just to me, but to a number of members of the Bar and the Bench.

Senior advocate PP Rao is no longer with us. He passed away on September 11 (Monday) at the age of 84. Earlier this year, he had celebrated the landmark of 50 years of advocacy. The feather in this remarkable hat is the fact that he had the opportunity of assisting stalwarts such as HM Seervai, MC Setalvad, CK Daphtary, NC Chatterjee, SV Gupte, AK Sen and Niren De.

Such was the enormity of respect he received for his knowledge and legal acumen that, in 1976, at a very early age, and before even completing 10 years of practice, he was designated as a Senior Advocate by the Supreme Court. In fact, to quote Justice (retd) VS Sirpurkar, “He does not argue, he teaches us.”

He had argued a number of leading cases, including AR Antulay vs RS Naik, SR Bommai vs Union of India, PV Narasimha Rao vs State, Ashok Kumar Thakur vs Union of India and MS Gill vs Chief Election Commissioner. His arguments in the AR Antulay’s case were pivotal in aiding the court in laying down the principle of ex debito justitiae, i.e. the court is duty-bound to rectify its own errors without reference to procedural requirements.

He used to advise young law graduates and law students to give the society more than what they have received - a practice that he adopted in his own personality to the fullest. In recent times, specifically after the brutal gangrape in Delhi a couple of years ago, I remember advocate PP Rao expressing his sincere compliments to the youth of the nation for their enthusiasm and patriotic fervour.

Expressing anguish at the current state of affairs in the country, he believed that one must do their utmost to rescue democracy from the hold of criminals and greedy politicians, safeguard the rule of law.  He encouraged the youth, filled with idealism and with the aid of our powerful media and well-meaning NGOs, to pressure the Parliament to carry out various reforms.

He was extremely active in areas concerning social issues and the public at large. The high almighty of India, including former Prime Minister PV Narasimha Rao, sought his advice from time to time. His unyielding zeal for upholding rule of law resulted in bestowing him with the prestigious Padma Bhushan award in 2006.

PP Rao’s chamber was known as a fertile ground for producing eminent jurists, such as senior advocates AK Ganguli and R Venkatramani. His passing has impacted the entire fraternity. To quote Allphonse de Lamartine, “Sometimes, when one person is absent, the whole world seems depopulated.”

Outside the courtroom, advocate Rao participated in international conferences and even represented India in the erstwhile Soviet Union and China. He was associated with several organisations connected with law, teaching and legal research. Most notably, he was the founder and president of the United Lawyers Association. He was instrumental in molding it into a think-tank of great repute. To ensure its dynamic growth, he passed the helm to former Attorney-General for India Soli J Sorabjee, senior advocate, when it was at its peak.

The Supreme Court Bar almost feels orphaned, since in a very short span, it has lost two past presidents and senior advocates - MN Krishnamani and PP Rao.  Advocate Rao was very active till his last breath. Any function of the SCBA and you could be certain that he would attend it. He was an ardent believer that institutional courtesy and traditional respect between the Bar and the Bench must be maintained.

A doyen of Constitutional Law - true to this mantle bestowed upon him, he ensured that the lantern of democracy grew stronger. O Captain! My Captain! , we may have lost your physical presence, but your sweet memories, meaningful arguments and sage advice would be remembered and cherished for eternity.

I end with his favourite teaching, “Value time because there is nothing as precious a thing as time, it will never come back to you.” His demise is a big loss to all of us, and to Pravin, Mahalaxmi and other family members.

May God rest his soul in peace!