Triple Talaq Case :- Can Justice Nariman’s View On Arbitrariness Be Treated As A Binding Declaration Of The Constitution Bench? 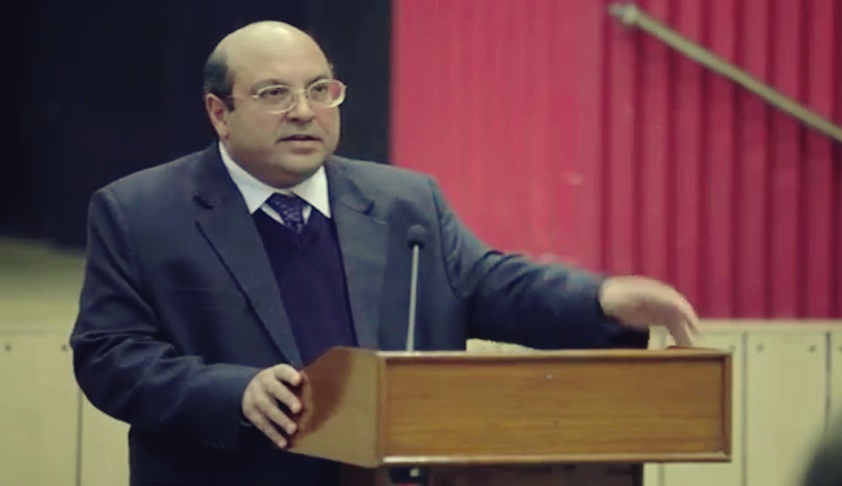 Apart from the implications it holds for Muslim Divorce Laws, the Triple-Talaq judgment of the Supreme Court has piqued the interest of legal fraternity for a different reason as well. Justice Nariman’s view(endorsed by Justice U.U Lalit) that arbitrariness can be a ground for striking down a legislation has sparked a lot of discussions among the legal commentators. Justice Nariman...

Apart from the implications it holds for Muslim Divorce Laws, the Triple-Talaq judgment of the Supreme Court has piqued the interest of legal fraternity for a different reason as well. Justice Nariman’s view(endorsed by Justice U.U Lalit) that arbitrariness can be a ground for striking down a legislation has sparked a lot of discussions among the legal commentators. Justice Nariman expressed the view by overruling the dictum in State of Andhra Pradesh vs. McDowell & Co. AIR 1996 SC 1627, which had held that a legislation cannot be struck down on the grounds of arbitrariness or unreasonableness(Incidentally, Justice Nariman has now adopted the proposition which was unsuccessfully advanced by him as a lawyer in McDowell case). The declaration in McDowell was as follows :

No enactment can be struck down by just saying that it is arbitrary or unreasonable. Some or other constitutional infirmity has to be found before invalidating an Act. An enactment cannot be struck down on the ground that court thinks it unjustified. Parliament and the legislatures, composed as they are of the representatives of the people, are supposed to know and be aware of the needs of the people and what is good and bad for them. The court cannot sit in judgment over their wisdom.

Differing from the principle in McDowells, Justice Nariman observed as follows :

The thread of reasonableness runs through the entire fundamental rights Chapter. What is manifestly arbitrary is obviously unreasonable and being contrary to the rule of law, would violate Article 14. Further, there is an apparent contradiction in the three Judges’ Bench decision in McDowell (supra) when it is said that a constitutional challenge can succeed on the ground that a law is “disproportionate, excessive or unreasonable”, yet such challenge would fail on the very ground of the law being “unreasonable, unnecessary or unwarranted”. The arbitrariness doctrine when applied to legislation obviously would not involve the latter challenge but would only involve a law being disproportionate, excessive or otherwise being manifestly unreasonable. All the aforesaid grounds, therefore, do not seek to differentiate between State action in its various forms, all of which are interdicted if they fall foul of the fundamental rights guaranteed to persons and citizens in Part III of the Constitution.

Justice Nariman stated that McDowells decision was rendered ignoring several binding precedents which invoked arbitrariness as a ground to strike down legislations, and even constitutional amendment. Umpteen decisions which had struck down legislation on grounds of arbitrariness were also cited. Hence, Justice Nariman proceeds to hold that McDowells decision was not good law. Not stopping there, it is further held that the subsequent judgments which relied on McDowells were also declared to be as bad in law, which includes the decision in Binoy Viswam vs. Union of India (2017) 7 SCC 59, which dealt with legality of AADHAAR-PAN linkage. It is apposite to refer to the relevant observations as follows:

CAN THE PRONOUNCEMNET OF JUSTICE NARIMAN BE TREATED AS A BINDING RATIO OF THE JUDGMENT.

It is important to recall that Justice Nariman was one among the three judges in the majority. Justice Lalit endorsed the views of Justice Nariman, without authoring a separate judgment. So at best, this pronouncement can be regarded as the opinion of two judges, as none of the other judges shared this view; on the contrary, the other judges expressed diametrically opposite views. Justice Nariman’s views on arbitrariness were expressed so as to strike down Section 2 of the Shariat Act 1937 to the extent it enabled practice of talaq-e-biddat. It was in that context that the pronouncement on arbitrariness came.

However, Justice Kurian Joseph adopted an altogether different route to invalidate talaq-e-biddat. Justice Kurian Joseph did not recognize talaq as having any statutory flavour. The judgment of Justice Joseph examined whether ‘triple talaq’ is a practise sanctioned by Shariat. It was stated therein that the practise of triple talaq was not in conformity with Quranic injunctions and Shariat Law, and hence it was invalidated. There was no occasion in Justice Joseph’s opinion to consider the issue of arbitrariness in statute, as the judgment was examining the practice of talaq from the point of view of Islamic theology. The conclusion of Justice Joseph was that what is bad in theology cannot be good in law.

The minority opinions of CJI Khehar and Justice Nazeer proceeded on the tangent that talaq was an essential religious practice protected by Article 25.

There is one commonality in the opinions of Justice Kurian Joseph and CJI Khehar(endorsed by Justice Abdul Nazeer)- they were in agreement that talaq was not at all governed by the Shariat Act 1937,and that it fell outside the statutory realm. To that extent, they dissented from the opinion of Justice Nariman(and Justice Lalit). Justice Joseph was explicit in recording his dissent with Justice Nariman on that point, which is expressed as follows:-

Singularly taken, this issue whether ‘talaq’ is governed by Shariat Act is answered in the negative by the majority of CJI Khehar, Justice Joseph and Justice Nazeer. In this stand-alone issue, the views of Justice Nariman and Justice Lalit are in the minority. Consequently, the view that statue can be struck down as arbitrary is also a minority view, as the major premise of the issue, namely, whether talaq is governed by statute, is answered in negative by the majority.  If so, how can the opinion of Justice Nariman be depicted as the opinion of the Constitution Bench?

So, there is no convergence amongst the five judges on this issue of whether arbitrariness can be a ground for striking down a statute.  Rather, there is express divergence.

A decision is an authority for what it actually decides. What is of the essence in a decision is its ratio and not every observation found therein nor what logically flows from the various observations made in the judgment. The enunciation of the reason or principle on which a question before a Court has been decided is alone binding as a precedent. A case is a precedent and binding for what it explicitly decides and no more.(Oriental Insurance Co.Ltd. vs. Rajkumari AIR 2008 SC 403).

Seen in the light of the above principle, it is doubtful whether this pronouncement expressed in Justice Nariman’s opinion can be regarded as a binding ratio of the Constitutional Bench. In view of the distinct approaches adopted by the judges in majority, it is also difficult to ascertain the ratio of this judgment with precision.

It was propounded by T.R Andhyarjuna, Senior Advocate in his book The Keshavananda Bharathi Case : The Untold Struggle for Supremacy by the Supreme Court and the Parliament that there was no uniform ratio in the Kesavananda Bharathi case. Looks like the triple-talaq judgment is also following the same suit. Be that as it may, it is giving rich issues for the legal brains of this country to debate and ponder upon, which are not particularly restricted to its implications on divorce laws.