Triple Talaq and the Irrelevance of Religious Freedom 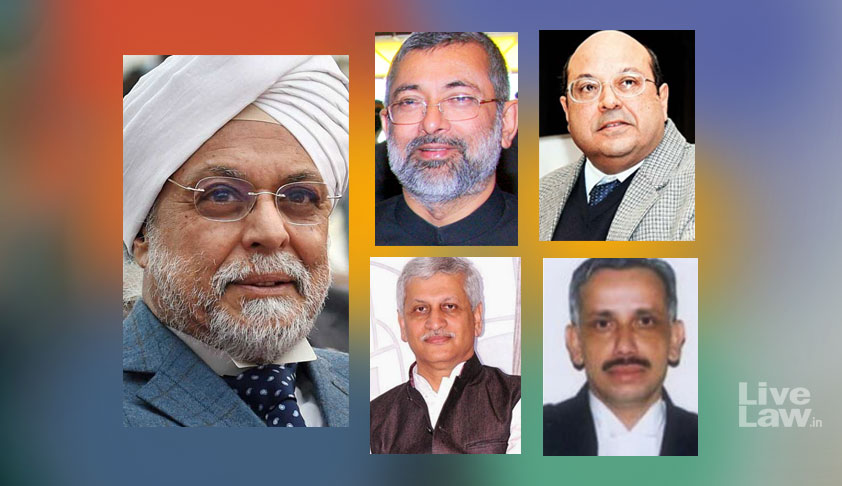 During last week, the Indian Supreme Court made two landmark decisions that were widely appreciated among civil rights activists. In one of the decisions, the Supreme Court invalidated the triple talaq (i.e. the instant divorce of a Muslim husband of his wife by uttering the words “talaq”). The discussion concerning the triple talaq focused heavily on religious freedom and its limits....

Unfortunately, the Supreme Court did contribute to this by a lengthy discussion of the right to religious freedom and its application to triple talaq. This focus was a red herring. The Supreme Court should have never considered this argument. Religious freedom is a non-starter if you want to defend the legality of triple talaq. For the sake of argument let us assume (as is debatable) that the triple talaq forms part of Sharia law and is thus part of the religious practice of Muslims. Let us further assume (as is even more debatable and was rejected by the Court) that it is an integral and essential part of Islam as a religion.

We should ask ourselves why Sharia law is relevant at all for this discussion. India is a secular democracy and not a theocracy like Iran or Saudi Arabia. One would expect Sharia law to play an important role in Iran or Saudi Arabia, but not really in a secular country like India. With respect to the secular United States Constitution Thomas Jefferson famously wrote that it had built a wall of separation between Church and State.

The solution is that India has chosen to continue a fragmented system of family law divided by religious groups originally invented by the British colonial rulers. Unlike in virtually everywhere else in the world, there are different family laws for different religious communities. The Shariat Act of 1937 constitutes the legal basis for family laws (such as inheritance, marriage, divorce and so on) for Indian Muslims. Following the Shariat Act, the family law for Muslims is identical with the Muslim religious law governing family matters. This should not confuse us however, as it seems to have confused the Supreme Court, to think of these as one and the same.

A Religious Marriage Is Not Equal to a Legal Marriage

We can see this most clearly if we look at how marriage and divorce work in other countries. In most countries marriage involves two separate procedures that are entirely independent of one another. A couple can get married by the church (or mosque) and it can get married by the state. The two ceremonies are entirely independent of one another. A couple can get married by their religious customs. In the eyes of their religious community (and perhaps God, if the chosen God happens to exist), this couple is married. But legally they are not. In India, religious and legal marriages are co-existential. But co-existential does not mean that there is a necessary or conceptual link between the two.
After the abolition of triple talaq, this is the case for Muslim couples. A Muslim couple can now be legally married while religiously divorced. There is nothing inconsistent or odd in this. It is the reverse of the couple who decided to only get married religiously. What is important about this case is that the religious practice of triple talaq, as opposed to the legal recognition of it, is not infringed at all. Muslims are free to practice their religion by treating the couple as divorced. Nothing of religious significance is lost. But if the religious practice of triple talaq is not affected the least by the outcome of the decision, then it should never have been a consideration in the judicial deliberation.

The Supreme Court overlooked the crucial difference between a legal marriage and a religious marriage in its judgment. Instead, all five judges considered that a prima facie challenge under Article 25, the constitutional provision guaranteeing religious freedom, would be possible. The judges were unanimous in considering Article 25 relevant to the case. The two dissenting judges even held that triple talaq is protected by Article 25. The majority judgment and the concurring judgment by Justice Joseph hold that while triple talaq forms part of Islam, it does not form an essential part of Islam.

The essentiality doctrine of religious freedom has its problems however. To begin with, it is nowhere to be found in Article 25. Article 25 is broader than the essentiality doctrine since it does not require religious beliefs to fulfil any such standard. It is also problematic for minorities within religious communities. In every religion, there are disputes about the correct interpretation of its religious customs. What is an essential practice for some followers, may not be an essential practice for the vast majority of followers.
Asking a given practice is essential to Islam as such does not take into account the views of those dissenting religious followers. Even though for them the practice (for example triple talaq) is essential it will not be protected if we apply an essentiality test to religious freedom. But as the Supreme Court has reminded us in the other landmark decision on privacy, the mere fact that a group is small does not mean it does not enjoy fundamental rights. The essentiality test thus appears to be self-defeating.

So let us assume that triple talaq was an essential part of Islam (or essential for some subset of Muslims). The judges would agree that in this case Article 25 and religious freedom would play a role. But this is tantamount to claiming that religious freedom includes the right to have one’s religious practices enforced by the power of the state! This is a far-fetched suggestion, even more so for a secular state.

Religious freedom, in the eyes of the Court, does not only mean being allowed to practice one’s customs. It also has to mean that some of these customs must have legal significance. But why? Religious freedom is the freedom to practice one’s beliefs. Nothing is added to this freedom by enshrining religious practices in law. No one complains that the Holy Confession is not a legal requirement for Catholic Christians or that the prohibition against taking interest rates is not part of a special “Muslim Finance Code”.

The Supreme Court made an important contribution for the rights of Muslim women with its judgment. But it also missed a chance to clarify the relation between the state and religion. There is a wall of separation between religious practice and the legal system. The wall protects both religion and the state. Religious practice, dissent and debate is freed from authoritative statements of the true content of one’s religious practice. On the other side, we can see that family laws are like any other ordinary law. Like all other laws, they have to meet the scrutiny of constitutionality.

Bastian Steuwer is a doctoral student in Philosophy at the London School of Economics. He holds a Master’s in Law from University College London.