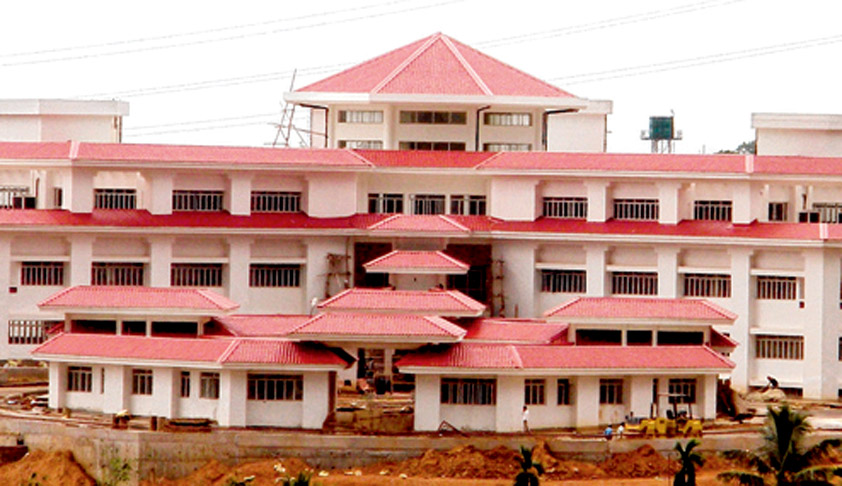 Tripura High Court today, in suo motu Writ petition, reprimanded the State Police officials who arrested a Judicial Officer accused of drunken, rash and negligent driving, for violating the procedures to be followed before such arrests.  A division bench comprising of Chief Justice Deepak Gupta and Justice S.C. Das held that the police officers have violated the law laid down by the Apex...

Tripura High Court today, in suo motu Writ petition, reprimanded the State Police officials who arrested a Judicial Officer accused of drunken, rash and negligent driving, for violating the procedures to be followed before such arrests.  A division bench comprising of Chief Justice Deepak Gupta and Justice S.C. Das held that the police officers have violated the law laid down by the Apex Court in Delhi Judicial Service Association, Tis Hazari Court, Delhi Vs. State of Gujarat  AIR 1991 SC 2176 which had said that Judicial officer shall not be arrested for any offence before intimating the District Judge or the High Court. The court also, directed the State to initiate disciplinary proceedings against these police officials for imposition of major penalty.  Apparently, the court also said that disciplinary action should also be taken against the judicial officer also. It added “keeping in view the conduct of the Judicial Officer, we cannot totally disbelieve the police officials that the Judicial Officer may have been drunk“.

Police version of the incident

On 6.6.2014 at around 11 pm in the night, the Police officers while they were engaged in maintaining the Law & order in and around GBP hospital and also to organize medical aid to the injured persons evacuated to G.B. hospital following clash between BSF and local people, one four wheeler vehicle was seen being driven in a very rash and dangerous manner. The driver did not stop the vehicle even after police requiring him to do so.  Some of the police officers along with the local people managed to detain the vehicle. The person driving the vehicle came out of the car and started shouting an abusive language. The driver of the vehicle was smelling of alcohol and was arrested under Section 202 of the Motor Vehicles Act and was sentfor medical examination. The Medical Officer opined that the person appeared to be under influence of alcohol. According to the Superintendent of Police, the said driver of the vehicle was takento the New Capital Complex Police Station and kept in police custody. After he was brought to the Police Station he claimed that he was a Judicial Magistrate.

The court observed that the senior police officials knowing that they had been negligent in not communicating the judgment of the Apex Court in Delhi Judicial Service Association case to the new recruits and officials tried to cover up the matter by compelling Sri SubrataChakraborty and Sri Jatish Chandra Das, the police officials who arrested the judicial officer, to state that they were not aware that the person arrested was a Judicial Officer.

As regards the police officers, the Court held “We have already found that this defence is totally untrue. Even Sri Jatish Chandra Das has admitted that at the time of detention, Sri Motom Debbarma had proclaimed that he was a Judicial Officer, but the police official did not believe him. The identity of the person detained could have been easily verified. The plate on his car showed that he was a Judicial Officer and therefore, this defence is totally false.   49.  In view of the above discussion, we have no hesitation in holding that the two police officers have wilfully and knowingly disobeyed the law laid down by the Apex Court and the directions given in Delhi Judicial Service Association (supra) case. Not only that we also hold that Sri Subrata Chakraborty and Sri Jatish Chandra Das have not only disobeyed the directions given by the Apex Court but have filed false affidavits in this Court. They have also made false statements on oath in Court and are guilty of having committed perjury”

The court also asked the State to ensure that the judgment of the Apex Court in Delhi Judicial Service Association case is again circulated and made part of the curriculum in the main training courses and also in all refresher courses. Further warning the police, the Judgment concludes with this statement “We make it clear that in future, if any instance of this type comes to our knowledge, we shall not only take disciplinary action but shall not hesitate to proceed against such officials under the Contempt of Courts Act and under criminal law in which case they may be sent behind bars also. “