Do you trust your doctor? Should you? Reality check on private medical practice in India 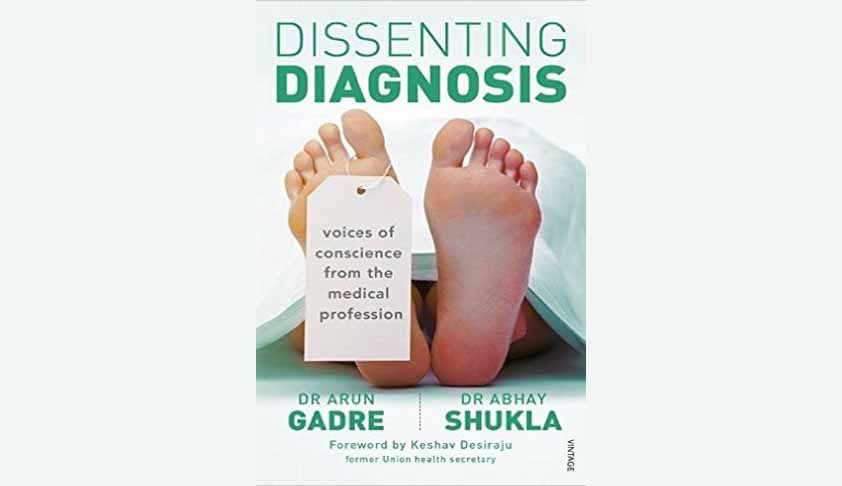 The time to ask ourselves this scary question has arrived. Recently a riveting book came into my hands. It presents what you might call a 'reality check' on private medical practice in India. (Dissenting Diagnosis: Voices of Conscience from the Medical Profession by Drs Arun Gadre and Abhay Shukla, based on a study by SAATHI, Pune. To put it plainly, its findings are not reassuring.Many of...

The time to ask ourselves this scary question has arrived. Recently a riveting book came into my hands. It presents what you might call a 'reality check' on private medical practice in India. (Dissenting Diagnosis: Voices of Conscience from the Medical Profession by Drs Arun Gadre and Abhay Shukla, based on a study by SAATHI, Pune. To put it plainly, its findings are not reassuring.

Many of us probably can recall incidents when there were reasons to doubt a doctor's competence, or perhaps worse, his/her integrity. We can never be sure however. As the authors point out, there is an inevitable 'asymmetry of knowledge' between doctor and patient.The vast majority of us ordinary citizens have no real knowledge about medicines, investigative and surgical procedures, about when they are required and their effects on our bodies. When we or those close to us are really unwell we quickly succumb to the judgments and advice of the medical professionals.

The complacent stand of state and national bodies of medical professionals is that there may be a few 'black sheep' among doctors, but that by-and-large the profession is providing admirable service in a complicated and difficult country. However, Dissenting Diagnosis confirms our worst suspicions about the way a large number of doctors and hospitals are currently functioning.

The book is based on extensive discussions that revolved around 9 questions about the state of medical care in India and the standards of medical professionals. The questions were posed to 78 experienced doctors, based in different parts of the country, including major cities like Bangalore, Delhi, and Mumbai and also small towns like Nasik and Sangli. They included specialists, as well as general practitioners,who had conducted their practice in a rational, service oriented, and ethical manner, regardless of the declining standards that they were witness to all around them. Because all of them were very concerned about their profession in the context of a medical care system that has become increasingly profit oriented, in fact corrupted, they came forward willingly to discuss their own experiences and observations.Thirty-seven of the 78 doctors agreed to be,and are,named in the book.Every single doctor gave examples of rampant malpractice that that they were personally aware of.

Many talked about the 'cut' based practice that has now become all too common. We learn (something many of us have suspected) that many doctors do not note down the history of patients, nor do they even examine them seriously; they only write down a long list of investigations to be carried out. Why? Because they're getting a cut from the labs!  But the rot doesn't end there.

One of the pathologists interviewed said frankly that 'If I practice ethically, no patients are sent to me'. He said that many doctors expect pathologists to throw parties for themwith plenty of alcohol available, to give commissions, and worse still, to manipulate reports so that hospitalization may be advised. Some of the respondents also pointed out that the ‘cut’ system is so deeply embedded in medical care today that commissions are factored into the bills generated by big corporate hospitals.

We learn how doctors and hospitals scare patients and their families into going in for expensive procedures, when they may not be required at all. For example, many do not explain that physiological jaundice in new-born babies, up to certain levels,is normal and can be easily and cheaply treated. Instead they create panic by deliberately presenting the pathology report on a form meant for adults, for whom the parameters are different. In such hospitals frightened parents agree to rush babies into the emergency ward and end up paying a hefty bill.

Platelet count is another panic causing matter these days when dengue is present in many parts of the country.In fact very few patients with a dropping count need to be hospitalized, but in many hospitals so much fear and misunderstanding is created that families agree to get their patient admitted. Well-off individuals are even told that ICU treatment is necessary.No effort is made to explain the real situation, nor are treatment protocols followed.

The dubious role of pharmaceutical companies

We also learn of the large numbers of doctors who accept lavish hospitality from pharmaceutical companies and consequently make it a habit to prescribe multiple 'unnecessary' medicines. We also become aware that the prices of medicines never go down, despite the fact that money invested on research has been recovered years ago; for example insulin which, as a well-known senior diabetologist in Mumbai said, used to cost about Rs 30 per dose, but is now more like Rs 150. Because of the extensive promotion of new medicines by pharmaceutical companies, doctors are prescribing themeven in low-income areas. A specific example was given of a tablet for high-blood pressure, an increasingly common complaint. One of the doctors interviewed lamented that there was no evidence whatever that it was more efficacious than the cheaper older brands already in the market.

Even more disturbingly, several pointed out that trials for new medicines and treatments are regularly conducted on patients without informed consent being taken. Further, and even more unjustly, no financial or medical support is provided in case their condition worsens as a result of the trials, or even if they die.  The book is full of examples of this and other kinds of abuse of patient rights.

The respondents have serious concerns about the trend of pharmaceutical companies sponsoring increasing numbers of lectures, workshops, and meetings of medical associations only to further their own commercial agendas. They made it clear that they are not against genuine scientific progress in the medical field, or the development of new medicines and procedures. What they propose is an ‘optimal approach, while placing the interests of the patient at the centre’. Their point is that the rational doctor is not supposed to be ‘swept away by each new technology’, nor is he/she to insist on outdated treatments.

Reigning in the medical care professionals

There are many more examples of major issues in the health sector, including the trend towards corporatization of hospitals, all of which are discussed in the book. The problem is severe, to say the least. According to the authors, 60% of those hospitalized and 80% of outdoor patients in the country, are in the hands of the private medical sector. An inevitable conclusion that the authors come to is that the medical community has failed the test of self-regulation; that the profession must now accept some form of external control. The Clinical Establishments Act is not in force in the majority of states. Even where it has been adopted, it cannot be implemented because the standards regarding treatment guidelines are not ready yet.At the same time the authors are aware that,in any case, law is not enough. On their own, bureaucratic supervision and control will not resolve problems either.

What is to be done?

To their credit the authors do not merely stop at giving us a litany of horrors and unending problems. They very helpfully devote a whole chapter to advice on how to identify a ‘rational’ and ethical doctor.Their main aim of course is to bring difficult issues to the public domain, to inform, and to encourage ordinary people to be part of the movement for finding solutions. They propose and discuss why it is necessary to have ‘social regulation of private medical care’ and what they mean by this expression. They also discuss the concept of Universal Health Care, which we learn is working not just in rich Northern countries, but in a few poor/underdeveloped ones as well.

These public spirited doctor authors go one step further. They provide web addresses and e mails of groups already working on trying to find ways to change the medical care system in the country, which has become distorted and excessively commercialized. In two separate appeals they invite citizens and doctors to find out more and become involved.Dissenting Diagnosisis a timely and very important contribution to the overall public debate on health care in India. It is also a fine example of responsible professionalism,ethics in action.