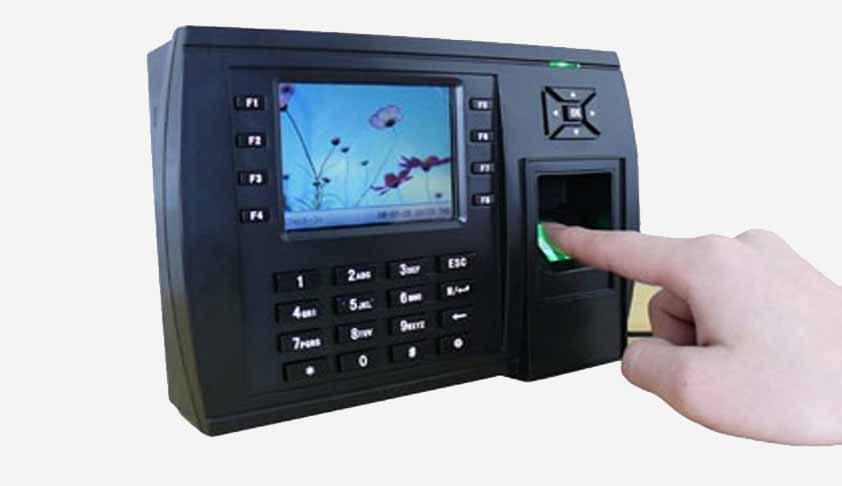 Seeding of UID/Aadhaar not permitted by both the Court’s order and the Aadhaar Act 2016It is in breach of promise made in the UID/Aadhaar Number Enrolment Form Some 639 organizations registered over 1.88 lakh employees, over 5000 active devices in contempt of Supreme Court’s Constitution Bench order on the subject of 12-digit biometric Unique Identification (UID)/Aadhaar Number. This has...

Some 639 organizations registered over 1.88 lakh employees, over 5000 active devices in contempt of Supreme Court’s Constitution Bench order on the subject of 12-digit biometric Unique Identification (UID)/Aadhaar Number. This has been revealed by a government document titled “Aadhaar: Dynamics of Digital Identity”. The Court reiterated its attached order on September 14, 2016 after the passage of The Aadhaar (Targeted Delivery of Financial and Other Subsidies, Benefits and Services) Act, 2016 underlining the fact that the order is the fact that the last order of the Supreme Court is the law of the land. The Court’s three judge bench expressed concern about collection of biometric data by private and foreign agencies on January 5, 2017. In case any Indian resident or agency is facing problems due to any order which are making biometric Unique Identification (UID)/Aadhaar Number compulsory, one can use the order to save oneself from illegitimate, illegal and unconstitutional instructions or circulars. The UID/Aadhaar Enrolment continues to make a promise to Indian residents that "Aadhaar Enrolment is free and voluntary." Besides Supreme Court, Punjab and Haryana High Court’s observation in a written order compelled central government to withdraw its circular making UID/Aadhaar mandatory.

In a blatant disregard of Court’s directions, Ministry of Finance, Government of India has communicated a Common Strategy to be adopted by Banks to achieve the targets under Aadhaar Seeding in mission mode. Department of Financial Services (DFS), Ministry of Finance, Government of India vide letter F.No. 21(23)/2014-FI (MISSION) dated 13.07.2016 has fixed the timelines for achieving 100% Aadhaar seeding of all the accounts and common strategies to be adopted by all the banks have also been communicated. Government of India has informed that Aadhaar will be used as identifier for all centrally funded scholarship schemes and the amount will be directly transferred to aadhaar linked bank account. Hence, schools have also been directed to collect aadhaar mandate and send the same to concerned bank branches. All the banks are requested seed the aadhaar received from schools on priority basis. Such violation of Court’s order is recorded in the minutes of State Level Bankers’ Committee, Puducherry convened by Indian Bank, a Public Sector, Government of India Undertaking. The minutes are available at http://www.indianbank.in/slbc/SLBC19082016agenda.pdf

The existing legal provisions as per Court’s order and the Aadhaar Act 2016 do not provide for seeding of UID/Aadhaar with any scheme or project.

It is instructive to observe that Election Commission of India is the only agency that has complied with the Supreme Court’s orders in letter and spirit. There is a compelling logic for the Court to consider passing an order to follow the order of the Election Commission as a template should. The Commission revised its order dated February 27, 2015 on August 13, 2015. Its revised order reads: “All further activities relating to collection/feeding/seeding of Aadhaar Number being undertaken currently under NERPAP shall be suspended with immediate effect till further directions from the Commission. In other words, henceforth no more collection of Aadhaar Numbers from electors or feeding/seeding of collected Aadhaar data shall be done by any election authority or officials connected with the NERPAP.” NERPAP stands for National Electoral Rolls Puriﬁcation & Authentication Programme. The revised order is available at http://eci.nic.in/eci_main1/Current/NERPAP-AADHAAR_14082015.pdf

The list of notifications and circulars issued by the UIDAI indicate that there were no steps taken to strictly follow all the earlier orders passed by this Court commencing from September 23, 2013.

The application programming interfaces (API) Aadhaar authentication usage from UIDAI press release of 29.11.2016 indicates they have directed regional centres to enrol Joint Entrance Examination aspirants on priority. This is discriminatory and vindicates the apprehensions expressed by National Human Rights Commission (NHRC) in its submission before the Parliamentary Standing Committee on Finance that had examined and trashed the Aadhaar Bill 2010.

The Aadhaar authentication description ignores modification of its authentication framework and consequently the forms/circulars/likes/API so as to not compulsorily require the Aadhaar number. A copy of the UIDAI events webpage that indicates that the UIDAI is running Sensitization Workshop on Aadhaar Seeding and Authentication Services every fortnight. A circular K-11022/188/2015-UIDAI(Auth-II) that also indicates that the UIDAI has not restricted its activities to those permitted by the Court.

The UIDAI webpage for its advertisements that clearly ignores indicates that it has ignored the requirement to give wide publicity in the electronic and print media including radio and television networks that it is not mandatory for a citizen to obtain an UID/Aadhaar Number.

The Aadhaar authentication description that has ignored modification of its authentication processes and APIs so that Aadhaar identification cannot be insisted upon by the various authorities. The URL shows UIDAI has undertaken multiple activities to ensure Aadhaar seeding in facilitated in various scheme databases.

The API Aadhaar authentication usage from that have not been modified to restrict the access of the authentication and KYC services. A copy of the list of live Authenticated User Agencies (AUA), Authentication Service Agencies (ASA), e-KYC User Agencies (KUA) indicates that hundreds of private parties have been allowed by the UIDAI to access the Aadhaar number and associated data thus not restricting the use of the Aadhaar number. UIDAI web page shows that UID/Aadhaar Number is being promoted as a financial address. The UIDAI web page promotes Aadhaar authentication for financial transactions to promote electronic payments.

A Press Note titled 10 crore Aadhaars linked to Bank Accounts issued by the UIDAI indicates that they have not restricted the use of the UID/Aadhaar Number. One spreadsheet on the National Payments Corporation of India (NPCI)’s website highlights that the UIDAI has been providing authentication and KYC services to the National Payments Corporation of India, a non government company for various banking services including:

The operation model overview for the Aadhaar authentication indicates that there is no provision to verify the written consent of any person to share biometric information.

It may be noted that UID/Aadhaar Number and related schemes are presently under challenge before the Supreme Court of India vide a batch of petitions led by W.P (C) 494/2012 and the Court after hearing the parties has passed a series of interim orders starting the 23rd September 2013 and the last of which was passed on 15.10.2015 which, inter alia, states as follows.

"4.We impress upon the Union of India that it shall strictly follow all the earlier orders passed by this Court commencing from 23.09.2013.

5. We will also make it clear that the Aadhaar card Scheme is purely voluntary and it cannot be made mandatory till the matter is finally decided by this Court one way or the other."

It is noteworthy that in the related case the Supreme Court in SLP (CRl) 2524/2014, Unique Identification Authority of India Vs CBI passed an order dated 24.3.2014 which reads as follows:

“More so, no person shall be deprived of any service for want of Aadhaar number in case he/she is otherwise eligible/entitled. All the authorities are directed to modify their forms/circulars/likes so as to not compulsorily require the Aadhaar number in order to meet the requirement of the interim order passed by this Court forthwith. Tag and list the matter with main mater i.e. WP (C) No. 494/2012.”

It is eminently clear that all the orders of Supreme Court are still in force as per Court's order of October 15, 2015 and they will remain in force till the time Court itself does not waive them. The Court’s order makes it clear that UID/Aadhaar Number remains voluntary.

It must be noted that whenever circulars and letters of central and state government agencies been challenged and contested they have consistently withdrawn their circulars and letters. University Grants Commission (UGC), Union Ministry of Human Resource Development, Government of India has “clarified that any student who have applied or wishing to apply for scholarship/fellowship shall not be denied benefit thereof due to non availability of Aadhaar No./Card.” The revised PUBLIC NOTICE dated September 14, 2016.

It must also be noted that responding to the direction issued to the Union of India and Union Territory of Chandigarh by Punjab and Haryana High Court in the matter of Civil Writ Petition 569 of 2013 filed in the High Court against Union of India and others, the Executive Order for making Unique Identification (UID)/Aadhaar has been withdrawn. In its order the bench of Justice A K Sikri, Chief Justice and Justice Rakesh Kumar Jain dated February 19, 2013 had not noted that the petition “raises a pure question of law.” Since the Executive Order was withdrawn, the case too was disposed of March 2, 2013 with a two page order. The order is attached. The Court had observed, “In this writ petition filed as PIL, the petitioner has challenged the vires of notification issued by Union of India for making it compulsory to have UID Cards."

In view of the Court's orders, the relevant facts regarding UID/Aadhaar Number are as under:

1. UID/Aadhaar cannot be made compulsory because of orders of Supreme Court even after 'coming into force' of Aadhaar Act, 2016

2. Passage of the Act by Parliament does not automatically imply that any agency can make UID/Aadhaar compulsory disregarding Court’s orders.

3. Even after notification of 'coming into force' of Aadhaar Act, 2016, UID/Aadhaar, it cannot be made compulsory unless Supreme Court waives its order on request from the Union of India.

Therefore, no one can be asked to produce UID/Aadhaar Number for Government subsidies/Scholarships/Fellowships and for Attendance. Given the fact that the attached order of Court dated September 14, 2016 was passed after the enactment of Aadhaar (Targeted Delivery of Financial and Other Subsidies, Benefits and Services) Act, 2016, it becomes crystal clear that Court's order is the law which is in force.

This revised order of the Election Commission is a model order. It demonstrates how to comply with Court’s order in letter and spirit. All the 639 organisations who are implementing Aadhaar related schemes and systems are under a legal obligation to issue similar orders.

It is unbecoming of a government to be proven repeatedly wrong in the highest court of law. It signals illegitimate advances of the State which does not wish to be limited by Constitution of India.

Gopal Krishna is a public policy researcher and a member of Citizens Forum for Civil Liberties (CFCL), which is campaigning against surveillance technologies since 2010. He had appeared before the Parliamentary Standing on Finance that examined and trashed the Aadhaar Bill 2010.