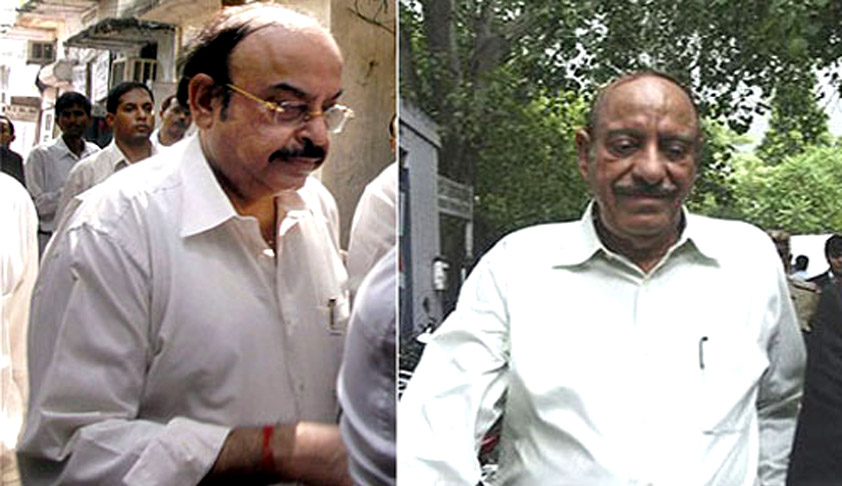 Kindling hopes in the minds of the kin of 59 persons who perished in the tragic 1997 Uphaar Cinema, the Supreme Court is likely to hear on December 8 petitions filed by victims association and CBI seeking a review of the decision to let off theatre owners Gopal and Sushil Ansal, after considering the period they had already undergone in the prison as their sentence and imposing a fine of Rs...

Kindling hopes in the minds of the kin of 59 persons who perished in the tragic 1997 Uphaar Cinema, the Supreme Court is likely to hear on December 8 petitions filed by victims association and CBI seeking a review of the decision to let off theatre owners Gopal and Sushil Ansal, after considering the period they had already undergone in the prison as their sentence and imposing a fine of Rs 30 crore each.

Meanwhile the President of Association of Victims of Uphaar Tragedy Neelam Krishnamoorthy through K T S Tulsi, the senior lawyer representing the AVUT mentioned before a bench headed by Justice J S Khehar that there were media reports that the Ansal brothers were planning “to flee the country” and they had to be restrained from doing so.
AVUT wants that Ansals be asked to give an undertaking that they will not travel abroad till the review petition is heard. The plea for making rules regarding their foreign travel will also be taken up by the court tomorrow.
Justice Khehar said the application will be listed before an "appropriate" bench.

It is to be noted that on January 8 this year, a three-judge bench headed by justice A R Dave (now retired) briefly discussed the issue in chamber in the presence of the lawyers of both the parties and decided that it should be heard in an open court. Since then the review petition has been hanging fire.

“The impugned judgments are in gross violation of natural justice and have been passed without affording the victims any effective and meaningful hearing, the impugned judgments bestow an unwarranted leniency on the convicts whose conviction in the most heinous of offences has been upheld by all courts including this Hon’ble Court” it said.

"My Greatest Regret Is I Could Not Persuade The Supreme Court To Develop Law Of Torts", Says Senior Advocate, K.T.S.Tulsi

“The orders under review amount to grave miscarriage of justice to the victims who have suffered loss of lives of their near and dear ones because of the gross violations of safety rules by the convicted Ansal brothers. The Ansal brothers were responsible for the functioning of the Uphaar Cinema where the tragedy occurred.

“With respect, this results in a dangerous judicial precedent where rich and influential members of the society can afford to be casual in their business decisions to maximize profits at the cost of innocent lives in future. There are manifest errors apparent on record in the impugned judgments which deserves being reviewed", said AVUT.

Justice On Fire – Book Review Of Trial By Fire

THE HORRIFIC INCIDENT
As many as 59 people died and 100 were injured in the fire during the screening of Hindi blockbuster Border on the evening of June 13, 1997.