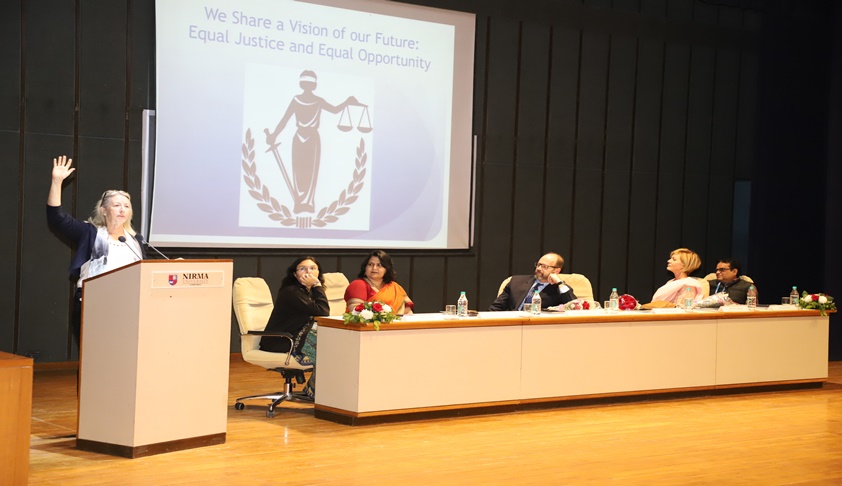 Justice Mel emphasising the implicit bias that is present in the justice system, started the lecture with a simple question “How many people in this room are biased?” She said when our intentions and behaviour are inconsistent, the invisible and unconscious reason is implicit bias. Implicit bias is present in the negative attitudes and stereotypes from our past that guides our personal and professional behaviour. The question that was raised was how can we ensure equal justice and equal opportunity, if we have implicit bias present in ourselves.

Justice Mel laid special emphasis of the consequences of implicit bias in the justice system. She quoted the instance of the symbol of Lady Justice. The Lady Justice is blindfolded to ensure that no implicit bias remains in delivering justice. She further linked implicit bias with unconscious bias. A simple example given by her is that women today have many constitutional and legal rights, however, there is still no equal representation in the society. Unconscious bias is a barrier to equal justice for all. Implicit bias fuels polarization and divisiveness. In the end, she once again reiterated the need for removing implicit bias in the justice system.