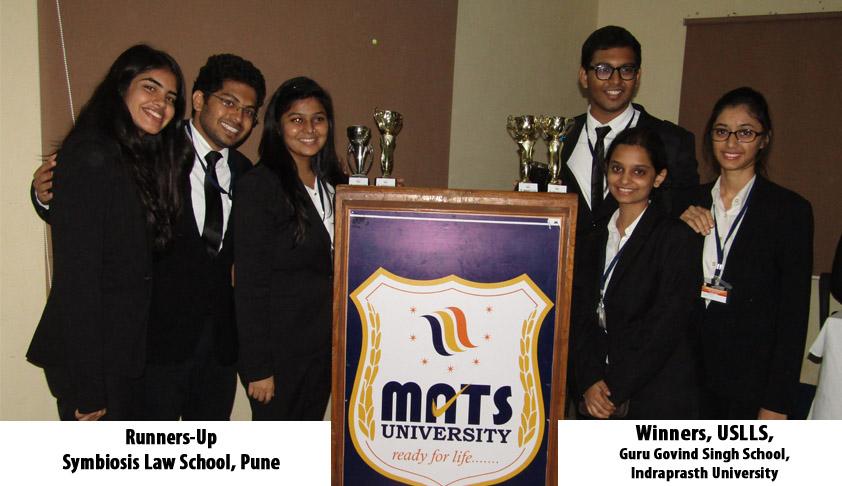 The objective of the 3rd Shri Mangilal Pagariya National Moot Court Competition was to foster learning and development in the diverse field of IPR and cultivate student advocacy, by providing students the opportunity of exposure to experienced practitioners and academics in the field. More than 35 teams registered for the Moot Court competition, out of which only 20 were a part of the event.

The Preliminary Rounds and the Quarter-Finals were held on 19th September 2015 where more than 16 judges chose 8 teams to proceed towards the Quarter-Finals rounds. On the final day of the event, semi-finals round were held followed by the Final round. Out of four teams in the semi-finals, only the best two were seen in the Final Round. The afternoon of 20th September, the Final Round of the 3rd Shri Mangilal Pagariya National Moot Court Competition was held which was judged by eminent personalities of the legal fraternity, Hon’ble Dr. I M Quddushi (Former Judge C.G. High Court & Former Acting Chief Justice of Odisha High Court, Cuttack), Hon’ble Mr. Justice S.D. Anand, Former Judge Punjab and Haryana High Court, Chandigarh and Prof. (Dr.) Silaram Sunder, Director Law School, ADAMAS University, Kolkata, West Bengal.

The vote of thanks was given by ­­­­Prof.(Dr.) Byju John who  thanked and praised the efforts of the participants and the organizers, and concluded the event.