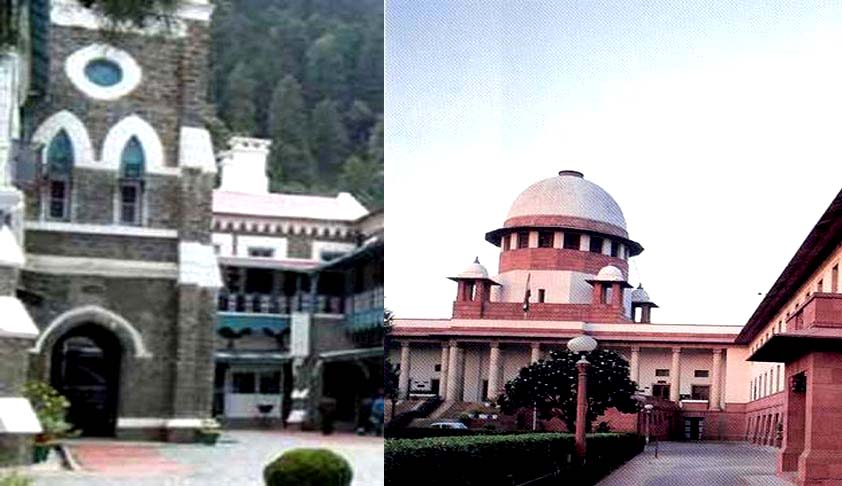 In a setback to the ousted Harish Rawat government, the Supreme Court on Wednesday said the stay on the Uttarakhand High Court order on President’s rule in Uttarakhand would continue.The apex court ruling implies that there will be no floor test on April 29.The court fixed May 3 for further hearing of the case.While senior lawyers and Congress leader Abhishek Singhvi and Kapil Sibal...

In a setback to the ousted Harish Rawat government, the Supreme Court on Wednesday said the stay on the Uttarakhand High Court order on President’s rule in Uttarakhand would continue.

The apex court ruling implies that there will be no floor test on April 29.

The court fixed May 3 for further hearing of the case.

While senior lawyers and Congress leader Abhishek Singhvi and Kapil Sibal fervently pleaded before the bench headed by Justice Dipak Misra to lift the stay and allow the floor test as suggested by the HC, the AG opposed it tooth and nail.

Signficantly, the Supreme Court framed seven questions pertaining to imposition of President’s rule in the State and sought the Centre’s response to the issue.

During a hearing on the Centre’s appeal against the Uttarakhand High Court order, the Supreme Court, while emphasising that the Speaker is the master of the Assembly, asked the Centre whether the delay in floor test be a ground for proclamation of President rule.

"Is disqualification of MLAs by the Speaker a relevant issue for the purpose of invoking President's rule under Article 356," the court wanted to know.

The Supreme Court asked if proceedings in the Assembly can be considered by the President for imposing Central rule.

"Could the Governor have sent the message in the present manner under Article 175 (2) to conduct a floor test," the Bench asked the Centre

The Uttarakhand HC Bench comprising of Chief Justice KM Joseph and Justice V.K.Bist had held that in view of Principles laid down in Bommai’s case and in Rameshwar Prasad’s case, it would be a case, where there was no warrant for a legitimate inference being drawn from the facts that the floor test should be avoided and, instead, the draconian provisions of Article 356 should be invoked.

The Supreme Court had had on Friday restored President’s Rule till today, barely a day after the state High Court quashed the Centre’s decision and restored the Harish Rawat-led Congress government.

The SC bench admitted the Centre’s challenge to the High Court decision and brought back President’s rule in the State for the simple reason that the judgment, dictated on April 21 by Uttarakhand Chief Justice K.M. Joseph in open court, was not yet available in the public domain.

The High Court had on April 21 quashed the order of the Central government that had put the State under President’s Rule on March 27.

Deciding that the Congress shall return to power, the Division Bench of the Court also ordered that a floor test must be held in the Uttarakhand Assembly on April 29 where former Chief Minister Harish Rawat’s claim of having majority support shall be put to test.

The Division Bench comprising Chief Justice K.M. Joseph and Justice V.K. Bisht had decided to reserve the verdict for later, but taking the apprehensions of Rawat’s counsel into consideration where it was being feared that the Central Government might revoke President’s Rule and try and get the BJP to form government in the State before the Court’s final verdict in the case, the Bench took the decisions on quashing Presidential Proclamation on Thursday itself.

“We are pained that the Central government can behave like this. How can you think of playing with the Court?" Chief Justice Joseph said.

Questioning the Centre over planning to attempt revoking President's Rule before court's final verdict, Chief Justice Joseph slammed the Centre for such attempts. The Chief Justice said, "If they [the Centre] revoke Article 356 and try and form a government... What is it but a travesty of justice?"