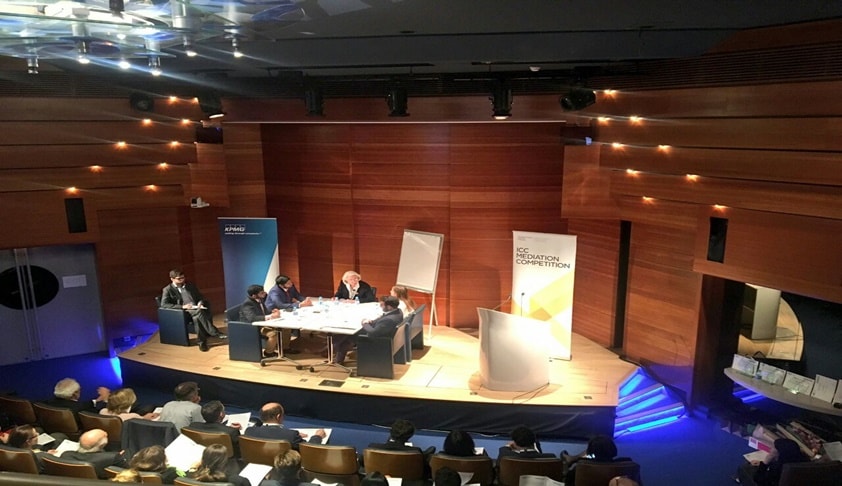 The duo took on the College of Law and Business, Ramat Gan, Israel, in the final round of the event, eventually finishing second best. Cardoso hails from Salvador do Mundo, while Fernandes is a resident of Socorro.

The highest position any Indian team has ever finished was in the inaugural edition of the competition, when National Law School of India University (NLSIU), Bangalore, finished third. This is also the first year ever that three Indian teams - National Law University, Bhoapl and NLSIU, Bangalore, being the other two - made it to the Top 16 club at the ICC.

Speaking to TOI, Andrew Goodman, a barrister and mediator from UK, who recently launched a book on 'mediation advocacy' at the ICC headquaters in Paris, said, "Indian colleges, especially with VMSCL reaching the finals, doing well internationally, is a reflection of how much importance the next generation of lawyers are laying on consensual dispute resolution.

Happy to have made it through the final rounds, team member Mr Fernandes said: "We worked really hard to be here. Ever since we first received the problems, we have been strategizing; thinking about what to do and what not to do; and speaking to experts to get their views and advice on how to be in a mediation. Then, at the Competition, after each round, all the feedback we received from the judges, we made sure to work upon each comment and improve."

Fellow team member, Mr Cardoso, also said: "I think it was a great Competition. We enjoyed all the sessions and especially working with the College of Law and Business. They were a very tough team to go against. But they were a lot like us-without coaches, just the two of them-so we experienced the same struggles. We enjoyed the Competition and all in all feel it was a great event."