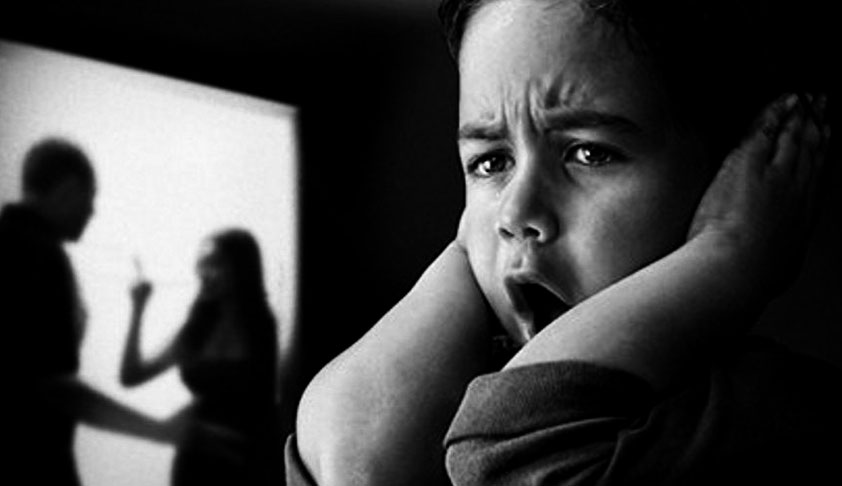 A recent June 21st incident where a child with Down's syndrome witnessed a murder and two attempted murders draws our attention to the serious lacunae in the Indian legal system with regard to the interface of vulnerable witnesses with the criminal justice system. The police and the prosecution have their own agenda to follow in terms of investigation, collection of evidence towards...

A recent June 21st incident where a child with Down's syndrome witnessed a murder and two attempted murders draws our attention to the serious lacunae in the Indian legal system with regard to the interface of vulnerable witnesses with the criminal justice system. The police and the prosecution have their own agenda to follow in terms of investigation, collection of evidence towards conviction and are little attuned to the disabilities and vulnerabilities of children, trauma survivors and persons with disability.

Survivor accounts indicate that at times up to two-thirds of the trauma of the victim may be due to the encounter with the legal system. Justice Gita Mittal in Virender versus State of NCT of Delhi, 2009 (4) Journal of Criminal Cases 2721 while dealing with the rape of a child observes: "The trauma of a child victim is only multiplied as he or she is required to repeatedly recapitulate her ordeal to the investigating agencies, prosecutors and then in court".Similarly, the Justice Verma Committee Report in 2013 approvingly quotes the 84thReport of the Law Commission - "It is often stated that a woman who is raped undergoes two crises, the rape and the subsequent trial.... in as much as it not only forces her to relive through the traumatic experience but also does so in the grudge of publicity in a totally alien atmosphere, with the whole apparatus and paraphernalia of the criminal justice system focused upon her".

Addressing the lacuna of lack of sensitivity to vulnerable witnesses in legal systems, the Youth Justice and Criminal Evidence Act, 1999 in the United Kingdom provides for Special Measures and Directions in case of Vulnerable and Intimidated Witnesses as well as for Examination of Witnesses through Intermediaries.  There is a Registered Intermediary Procedural Guidance Manual (2015) with the Registered Intermediary Code of Practice and Code of Ethics. The provisions provide for measures like "Removal of Wigs and Gowns" and "Treating the Video recorded as Evidence- in-Chief", among others.

The dire need for the Intermediaries in the legal system was brought alive from the dry pages of law, in an intensive four day workshop on 'Introduction to Intermediary Working' by Charlie Orrell, a Registered Intermediary, Trainer, Speech and Language therapist, Forensic Interviewer with expertise in autism and Maxime Cole, Qualified Youth Worker and Forensic Interviewer, who works with children and young people. Orelle and Cole work as Directors in Triangle, an independent organization in the UK which helps children with communication in the context of legal proceedings.

The Indian legal system provides for counsellors who are called upon in case of victims/survivors to help cope with the trauma and distress. Intermediaries have a different role to play as their duty is to the court and are neither on the side of the prosecution or defence. The objective of the Intermediary is to facilitate an Achievable Best Evidence (ABE) Interview of the witness. The perspective and efforts of the Intermediary are to give agency and establish children as competent communicators, in contrast to the role of helpless victims. Courts in UK are increasingly referring to Intermediaries especially in Child Sexual Abuse cases and numbers have gone up in the age group of 0 to 4 years from 40-50 in 2009 to 600 cases in 2016. A striking observation that has emerged is that children with disability are a special target of sexual abuse as they can't communicate so well and the societal attitude that 'no one will abuse a disabled person'.

The Intermediaries establish rapport with the child. The age and development of the child is taken into account to get an idea of the child's vocabulary. For example, approximately a child at one years of age understands one word and at two years understands two words. A child may be twelve years old but may have a vocabulary and understanding of a six-year-old. Innovative exercises help in getting an idea of the child's understanding of actions like give, show and point; of positions like in, on, under and above; of sequencing like first, last, before and after; of comparatives like more, less, same and different and of an estimation and count of numbers.

An understanding of truth and lies on the part of the child and certain ground rules are established by the Intermediary like 'No guessing in this room'; 'No pretending in this room'; 'No joking in this room' and 'Say if we don't understand'. A free narrative account is initiated and supported through open-ended questions. Thereafter, the interview moves onto closed questions like 'when did this happen', 'did he hurt you', 'how many times', 'tell me more about that part' to establish specifics. Phrases like 'Have I got it right' or 'if I haven't got it right tell me' make the child feel better and facilitate the process. Intermediaries explain and explore establishing an understanding of the interview on the part of the child.

The Intermediary writes to the court how best to communicate with the witness and suggests Ground Rules and Special Measures for the hearing at the trial. Depending on the assessment, a rocking chair or a soft chair or a firm chair and table for an autistic child may be suggested and carried into the courtroom. A drawing of the self by the child may be used or a gingerbread figure or wooden mannequins may be used to facilitate the giving of the evidence by the child. The barrister for the accused is obliged to give a set of questions for the witness. Keeping in mind the assessment of the child witness, the Intermediary reworks the questions. In case the Barrister does not okay the reworked questions, it goes back to the judge for a decision. The intermediary can raise the hand to object in case the question asked by a barrister suggests the answer as children may agree to the information, even though it is incorrect. The jury system in UK also acts as a check, as the barristers for the defendant are mindful of antagonizing jury members by offensive and aggressive questioning of a vulnerable witness.

In Iceland, Sweden, Greenland, Norway and Denmark–a child-friendly, multi-agency, an interdisciplinary centre for child witnesses and victims called the 'Barnahus' -meaning children's house is used for interviews and medical examination for forensic purposes. The Barnahus model was adopted to respond to the special needs of children subjected to abuse and violence and to avoid interviews by multiple agencies in different locations.

In India, a child may easily be questioned half-a-dozen times by many agencies. The interviews are by people with no specific training in the area. Repeated interviews at different locations can be very traumatic for the child and at times can cause much more harm to the distressed child. In addition interviews by persons not trained in forensic interviewing can contaminate memory and distort the child's account and may be detrimental in arriving at the truth in investigations. In addition to the investigation process the child witness may be subjected to aggressive questioning in court by the lawyer of the accused in India.

In fact, in a number of cases, rather than taking on board the vulnerabilities and pressures working on the survivor, our criminal-correctional system may end up further victimizing the victim.In an  era where the legal system is making efforts to address more and more areas of discrimination and disability, there is a crying need for training of investigative personnel, prosecutors and judges with regard to the impact of trauma on the individual, along with introducing 'intermediaries' in the context of the examination of vulnerable witnesses in the quest for justice. Rakesh Shukla is an Advocate practicing in the Supreme Court of India and Consultant, International Psychoanalytical Association Committee of Psychoanalysis and Law.

[The opinions expressed in this article are the personal opinions of the author. The facts and opinions appearing in the article do not reflect the views of LiveLaw and LiveLaw does not assume any responsibility or liability for the same]
Tagscriminal justice system Indian Legal System Vulnerable Witnesses
Next Story
Similar Posts
+ View more
Law Firms
+ More