What are the ways to define a law school? 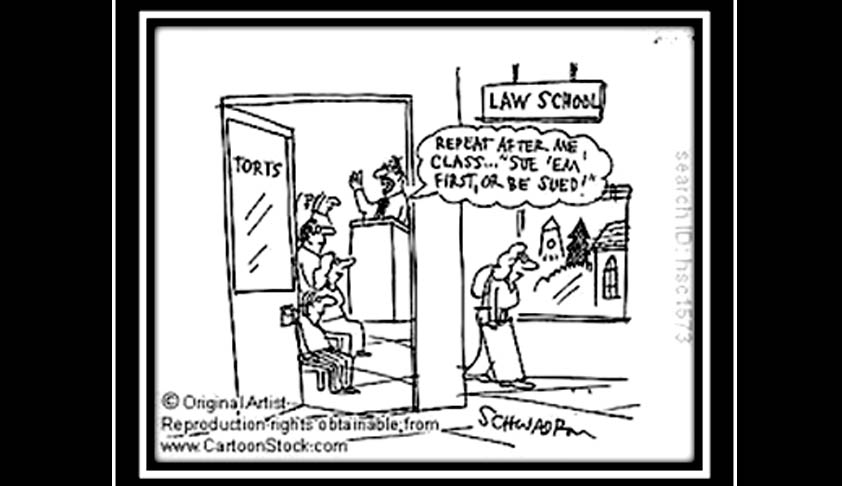 Law school is a place which builds the mind. A place which teaches one not just to think but to think differently. During the 5 years here, we come across a sea of people. Whether you like or dislike it, but a law school can definitely offer a set of ostentatious and outstanding people concurrently. Here are a set of people I think there are in a law school –1.The  SubhramaniamsThis...

Law school is a place which builds the mind. A place which teaches one not just to think but to think differently. During the 5 years here, we come across a sea of people. Whether you like or dislike it, but a law school can definitely offer a set of ostentatious and outstanding people concurrently. Here are a set of people I think there are in a law school –

This group likes to see their future filled with a lot of academic accolades. They'll rather be with their books than their best friends. They scrub their blue prints to flawlessness. They have no Sundays. But do not think them to be unviable to become good mooters or debaters . For them work is worship which must be completed with the best possible outcome within the given time . These people have potentials of becoming great researchers . Do knock them if you need a good researcher for moots!

2.The Studs and Pinks

Have you seen the movie Mean Girls ? Do u know Regina George of Mean Girls ? Well yes, Law school possesses these Reginas too. They are predestined to be the superior. They look down on the Indian President. They know at what time the sun will set tomorrow. Basically, they forecast their own future (or their wild imagination allows them to do so). The people in this category have supercilious look. They'll include you in their precious group which possesses strict barrier to membership and in less than a week you become a clone of them. The result: you lose all your individuality. All your individualism will be despised, your uniqueness scorned at and your perceptions detested. Talk to them about civil rights and liberties, they'll stare at the stars. Do not eat their apple, it will empoison u to numbness.

Unlike the “reel” world, many lawyers of the real world give no heeds to the cries of the people in penury and misery. The materialistic society has consumed their systems.  Rather, they aim of being at the helm of financial gains. They drown in their own aura. They are contented with some opulent earning with which they can buy an elite lifestyle. While in law school, these budding lawyers NEVER render a helping hand to the Legal Aid Society or are ever interested to know about the Thailand Floods. For them, law is applicable only within the ambit of books and legal documents, not to the society at large. Practicing law is yet another vocation to earn money.

The picture of law school which I've painted till now is not too alluring. But law schools are not toothless. It provides a plethora of openings to us during the 5 years . This group is by far the most popular group in college. They embrace journalism, social activism, entrepreneurship, IPS, IAS, IFS, advocacy and many more. They moot, they debate, they write articles , work at legal aid camps and study too. But does it mean they lack a sense of partying? Hell no! You find them listening to Pink Floyd and Ram Jethmalani, visit Costa Cafe and Courts too. This group is a skate-board. Ready to be shared by all.

They have an unfathomable urge to establish their apprehensions. They simply will not disagree on their point. They will lock horns with the world to prove that that they are right. But will not give up. The good thing is they have an undefeated spirit which is hard to defy. The bad thing is they are fierce competitors !!

They walk like they have conquered the whole city. They drive cars, hotness and professors mad. But their brains have run out of fuel. Their knowledge is like what Riesman says “mere snippets thrown into a collection of cases and materials.”  They will speak only in those times when they can show the professor that they are au courant.

Beware. All that glitters is not gold.

They are born with the DNA of a lawyer. They refer to jurisprudence rather than the Oxford dictionary for writing general articles. Their fathers have been lawyers for eons. They started rhyming locus standi with prima facie before knowing how to complete a proper essay. The bona fide is they have huge networking resource with openings for every legal front. The mala fide – they can be a scornful ass.

Personalities change in a swift pace here. As Hilary Clinton said “I never thought that the long haired, bearded guy I married in law school would end up being President.” At times things seem to be surreal. At times, it is a tragedy. I consider it as a process of making mistakes, learning and emerging. It is a long ride and the ride is full of hurdles. At the end of 5 years, a stud becomes a real good entrepreneur, a “skater” turns into splendid mooter and the Subhramaniams shoot the bulls eye. But the most important thing is to come out fighting and unwind all the latent talents which life has given. To solve the confusing notion of this puzzle is the mystery, but that is where the entire mystique lies. And I cannot agree more that a law school is the best place to do so!