“We Live Not In A Totalitarian Regime But In A Democratic Nation”; SC Calls Upon Readers of Literature To Be More Mature, Humane And Tolerant [Read Judgment] 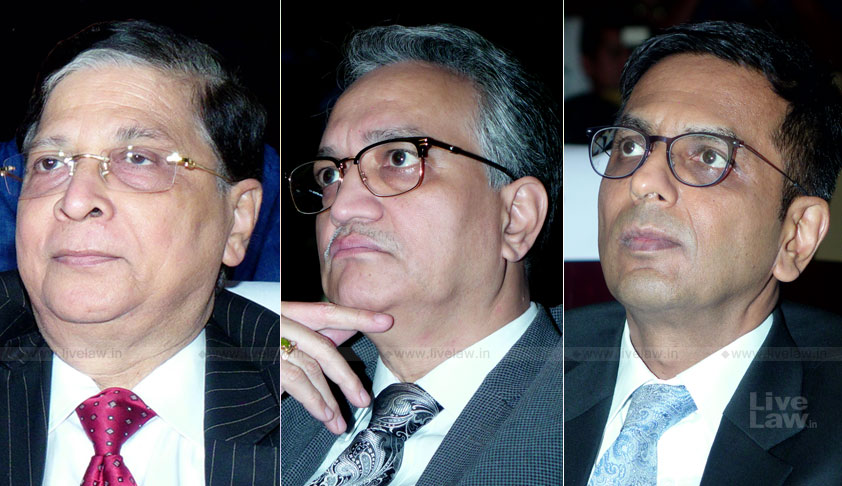 ‘The culture of banning books directly impacts the free flow of ideas and is an affront to the freedom of speech, thought and expression.’Chief Justice Of India Dipak Misra, in a judgment authored by him dismissing a plea against Malayalam novel Meesha, has made many important observations which may play a vital role in the free speech debate in the country.CJI Misra, through his...

‘The culture of banning books directly impacts the free flow of ideas and is an affront to the freedom of speech, thought and expression.’

Chief Justice Of India Dipak Misra, in a judgment authored by him dismissing a plea against Malayalam novel Meesha, has made many important observations which may play a vital role in the free speech debate in the country.

CJI Misra, through his judgment, reminded that we live not in a totalitarian regime, but in a democratic nation which permits free exchange of ideas and liberty of thought and expression. He also called upon the readers and admirers of literature and art to exhibit a certain degree of adherence to the unwritten codes of maturity, humanity and tolerance so that the freedom of expression reigns supreme and is not inhibited in any manner.

The judgment, prefaced with the comments on controversy in hands, proceeds by quoting two earlier judgments of the Supreme Court on ‘pragmatic realism’. The entire judgment, according to CJI Misra, is adjudicated on the touchstone of “pragmatic realism”, in the context of creativity.

The judgment also reproduces the allegations and concerns raised in the writ petition and paragraphs 14 to 22 of the judgment summarize the story of ‘Meesha’. It also quotes the conversation which had triggered the controversy. The issue dealt is “whether the aforesaid portion of the book ‘Meesha’ which the petitioner asserts to be derogatory to the women community is an aberration of such magnitude which requires the intervention of this Court on the ground that it has the potentiality to disturb the public order, decency or morality and whether it defames the women community, and, therefore, invites imposition of reasonable restriction under Article 19(2) of the Constitution”.

Referring to the context and narrative, the bench observed that the language used in the dialogue cannot remotely be thought of as obscene and that the concept of defamation does not arise.

On this aspect, the bench said: “Nurturing the idea that it is derogatory and hurtful to the temple going women would tantamount to pyramiding a superstructure without the infrastructure. If one understands the progression of character through events and situations, a keen reader will find that beneath the complex scenario, the urge is to defeat and to conquer and not to accept a denial. Both the facets are in the realm of obsession and the author allows the protagonist to rule his planet. His imagination encircles his world. A reader has the liberty to admire him or to sympathise. Either way, the dialogue to which the objection is raised is not an intrusion to create sensation. It is a facet of projection of the characters. It is, in a way, imaginative reality or as Pablo Picasso would like to put it, “Everything you can imagine is real”. A pervert reader may visualise absence of decency or morality or the presence of obscenity but they are really invisible.”

The bench further observed: “If books are banned on such allegations, there can be no creativity. Such interference by constitutional courts will cause the death of art. True it is, the freedom enjoyed by an author is not absolute, but before imposition of any restriction, the duty of the Court is to see whether there is really something that comes within the ambit and sweep of Article 19(2) of the Constitution.”

The CJI has referred to various quotes by famous persons and has also made certain observations himself. Some of them may be read below.


The judgment ended by quoting the words of great writer and thinker Voltaire. “’I may disapprove of what you say, but I will defend to the death your right to say it” becomes the laser beam for guidance when one talks about freedom of expression,” the CJI said while dismissing the plea.