What is status of implementation of SIT report on black money? SC seeks to know from Centre 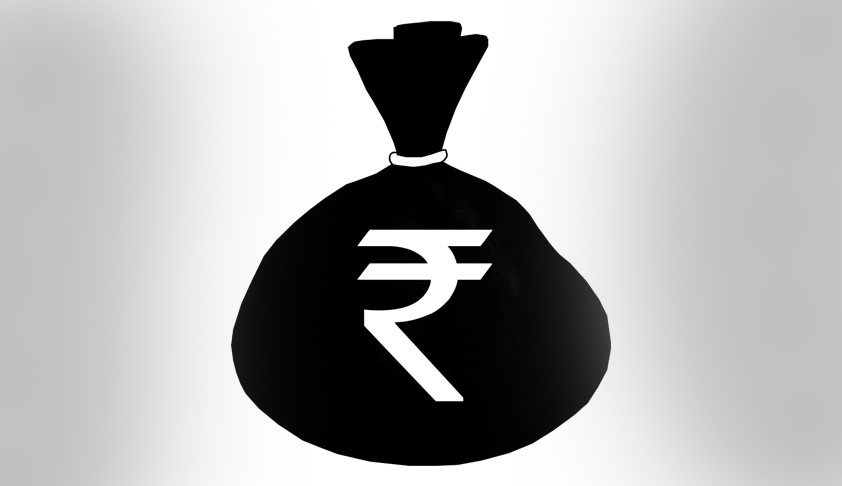 The Supreme Court today sought to know from the Centre about the steps taken to implement the recommendations of the special investigation team to bring back Rs 70,000 crore worth of black money stashed in foreign banks.The query came after petitioner in the case and senior lawyer Ram Jethmalani submitted before the bench headed by  chief justice H L Dattu  that the Modi government was...

The Supreme Court today sought to know from the Centre about the steps taken to implement the recommendations of the special investigation team to bring back Rs 70,000 crore worth of black money stashed in foreign banks.

The query came after petitioner in the case and senior lawyer Ram Jethmalani submitted before the bench headed by  chief justice H L Dattu  that the Modi government was doing precious little on this front. The court also asked Special Investigation Team (SIT) headed by justices M B Shah and Arijit Pasayat to submit the fourth report on the progress of its probe by October 7.

"The Attorney General will tell us what the Centre has done on the recommendations of the SIT," a bench comprising Chief Justice H L Dattu and Justices M B Lokur and A K Sikri said while posting the hearing for October 28.Senior advocate Dushyant Dave, appearing for the SIT, informed the bench that the subsequent report on the progress of investigation would be complete by the month end and sought its nod to place before the court in October.

His request that Attorney General Mukul Rohatgi be asked to inform about the action taken by the Centre on SIT's recommendation was also accepted by the bench. Advocate Prashant Bhushan raised the issue of SIT's third report submitted to the apex court in May and claimed that some portions of it have emerged in newspapers which made reference to Participatory Notes (P-Notes) for investing around Rs 3 lakh crore in the stock market.

However, the bench, which perused the report, said "we don't think that is there in the report. May 2015 report is the last report we have received".

P-Notes are instruments issued by registered foreign institutional investors to overseas investors, who wish to invest in the Indian stock markets  without registering themselves with market regulator SEBI. While Bhushan was making his submission, the Attorney General objected saying he had no locus in the matter.

Dave said the issue of black money was a sensitive matter and its discussion in public like this is not proper. Earlier in the last hearing, noted jurist Ram Jethmalani, who is the petitioner in the PIL dropped a bombshell by charging that "there were criminals" within the Supreme Court-constituted SIT and demanded their "arrest and prosecution".He even launched a direct attack on present Central Board of Direct Taxes Chairperson Anita Kapur.

The aggressive lawyer said it was clear that the Modi government too like the UPA regime did not have the will to bring back the illegal money and all the promises were mere "poll gimmick". Jethmalani told a bench headed by chief justice H. L. Dattu.

"Even if for a moment we assume that the present government wished to bring the money back it would not succeed as "the SIT is loaded with persons who are still loyal to the previous government and they would do everything to prevent it and even conceal the names of the highly influential people".

Elaborating on it, Jethmalani accused Kapur, who as Joint Secretary in the Finance Ministry (UPA regime) in 2009 "scuttled all efforts" made by him to get details of information on black money stashed by Indians in Germany's Liechtenstein Bank.

He accused Kapur of "deliberately trying to protect people holding position of power at present" by seeking information only as per the provisions of the Double Taxation Avoidance Agreement (as per which only names of those who are facing prosecution can be revealed) "while the German authorities were willing to give any information to the requesting country".

"The German authorities had 1,400 names from across the world and most of them are of Indians. While the court had directed that all correspondence between Indian government and German government shall be supplied. What was supplied was 17 letters exchanged between 27.02.2008 and 18.03.2009 with names of writer and addressee completely blacked out" said Jethmalani while reading out a strongly worded affidavit prepared by his associate counsel Balaji Srinivasan.

Jethmalani claimed that most of the letters were signed by Kapur.

"I am totally frustrated at the conscious, deliberate attempt to thwart the court orders. It is a fraud being played on the whole nation. It concerns me as a citizen. Your lordship must be more concerned than me as the country's topmost court has now taken the initiative to bring back the money after successive governments failed," said Jethmalani.

It is to be noted that Jethmalani had in October last year written a scathing letter to Finance Minister Arun Jaitlety accusing him of taking an "illadvised" stand on the issue in the apex court. Accusing Jaitley of not doing enough as Leader of Opposition in Rajya Sabha , Jethmalani had said "I strongly suspect that your conduct shows that you too like many others do not want the truth to come out."