What The Judges Can Do? 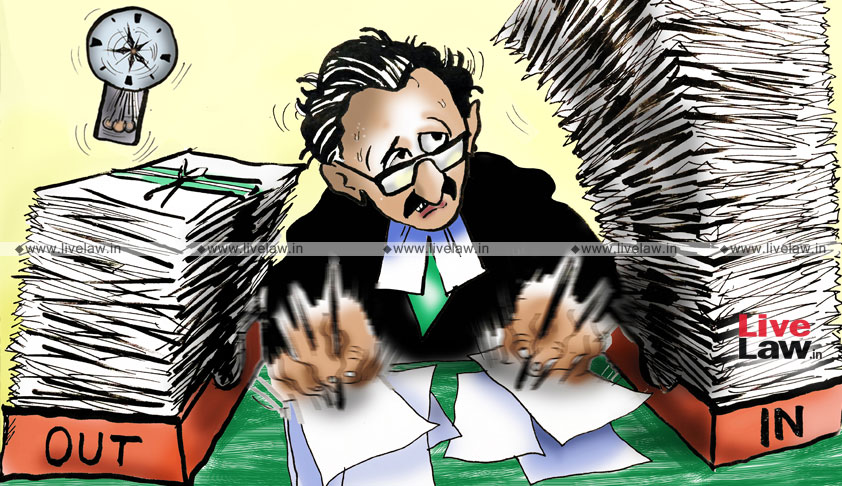 “What do the judges do?” an irritated client questioned, as his matter, which was posted for final hearing, was adjourned. I mostly shrug off such questions. But on this occasion the client was so perturbed, a long discussion ensued and made me realise that a common man hardly has any idea of ‘what the judges do’. A successful CEO of a Multinational Company attended the court hearing...

“What do the judges do?” an irritated client questioned, as his matter, which was posted for final hearing, was adjourned. I mostly shrug off such questions. But on this occasion the client was so perturbed, a long discussion ensued and made me realise that a common man hardly has any idea of ‘what the judges do’.

A successful CEO of a Multinational Company attended the court hearing of what was supposed to be the final hearing of his case. The matter was being shown in the category of final hearings for the last two hearings and this was the third listing for final disposal.  “What are the chances of the matter being heard today” he asked me full of trepidation. “Bright” was my reply.  Just about 50 matters were posted before the court and ours was the second in the category of final hearing matters. Our matter reached for hearing at about 3 P.M. “I can’t hear your matter today, I have to finish a part heard matter” quipped the Hon’ble judge and the matter was adjourned. The client was hugely disappointed demanding to know “What do the judges do?”

The comments came from a knowledgeable, hardworking and successful man, earning more than a million rupees a month. The Hon’ble Judge, who adjourned the matter, is more hardworking, more conscientious, more intelligent, extremely honest, kind hearted, apart from being witty. I got a bit irritated at his comment and answered “They work very, very hard.”

This resulted in a long discussion from which, I realised that my client knows that the courts are working at half the strength, that about thirty million (three crores - being a CEO of an MNC, he prefers to give his figures in millions) matters are pending before the subordinate courts. About half a million cases are pending before the High Courts etc. He knew that appointments were not being made and holds the judiciary and the government responsible, in that order. He said judges are not interested in working and are only good at giving dates “Tarrekh pe tareekh, tareekh pe tareekh, tareekh pe tareekh” he emulated the popular advertisement.  His idea was that the judges are no better than most of the Babu’s, they don’t work and are merely interested in taking their salary and more. The conversation between me and my client more or less went on these lines:

Client         “We need at least two hours. I don’t know how much time the opposite party will take”

I                  “Take it from me, the judge is experienced, very intelligent, and gets to the point very quickly, With these qualities, what would be the minimum time required for arguments in your case”?

Client:        “A minimum of about three hours….. may be four hours….. may be a bit more…..I am not sure ….but I am sure the counsel for the opposite party would mislead the court. We need more time.

The conversation went on and on in these lines during which, I made an effort to briefly tell him that the judge had read all the 50 or more files before hearing. He starts hearing the matters from 10.30 a.m. and continues till 4:15/4:30 pm.  passing orders in all the matters.  While some cases are merely adjourned, quite a few matters are heard at length and detailed orders are passed.  I explained to him that our matter was adjourned as the court was in the midst of a part heard matter, perhaps it is taking three to four hours, being as complicated a matter as ours. The judge might be writing judgment in a matter in which arguments were already concluded. He has to go through the orders of the day and sign all the orders i.e. more than 50 orders making corrections and appending signatures and he has to read the next days files. I went on explaining how much work load the judges have, how hard working most of them are and how the judges are in an unenviable position of not being able to defend themselves or putting across their case and how vulnerable to attacks from every quarters, the biggest attackers being the government and the litigants. The conversation continued:

The client certainly did not want to answer the question posed by him in the beginning.   He changed the tack and put another question. What are the courts for? And answered it himself that that they exist to do justice.  He asserted that justice delayed is justice denied and the courts by delaying justice are denying justice. The government being the biggest litigant is interested in delaying the matters; just don’t allow the courts get efficient, as efficient judiciary is perceived to be a stumbling block and cumbersome liability.  He asserted that the judges must assert and do some thing.  But what the judges can do?

C. Mohan Rao is an Advovcate-on-Record Supreme Court of India.