What’s In A Surname? 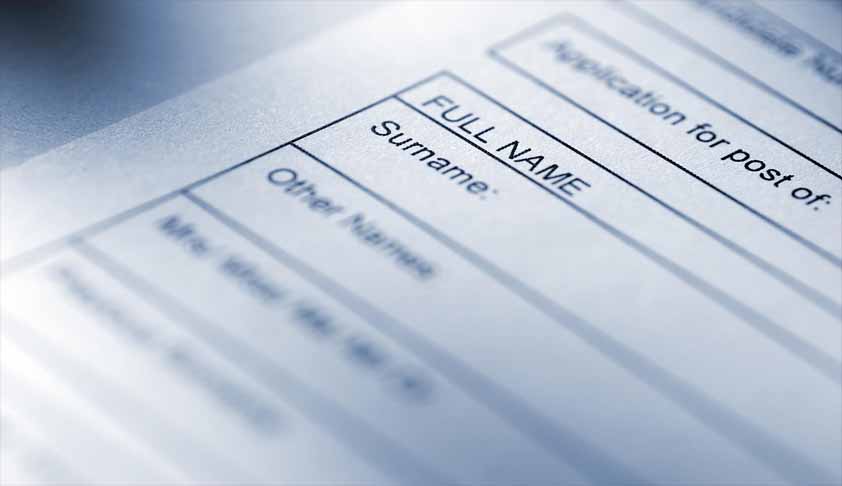 He asked me, “What’s your name?” I said, “Avani”. “No, your full name I mean”, he said. “Avani Bansal, but why, why does it matter?”, I asked.This set of introductory lines have repeated themselves in my life, far too often. I still can’t fully fathom why people always want to know the other person’s surname. Somehow, the name isn’t an identity good enough....

This set of introductory lines have repeated themselves in my life, far too often. I still can’t fully fathom why people always want to know the other person’s surname. Somehow, the name isn’t an identity good enough. While Shakespeare thought there is nothing in the name, when in Romeo and Juliet, Act II, Scene II, he wrote - What’s in a name? that which we call a rose, By any other name would smell as sweet, here we are, living in a society, where a lot is said to be wrapped up in one’s surname. In India, when someone asks for your surname, he/she is trying to gauge a lot about you – your ancestry, region, religion, caste, financial status etc. Based on your surname, one may also try to guess whether you are a vegetarian or a non-vegetarian, what your parent’s profession possibly is and funnily enough how grand your wedding would be or was.

Are surnames peculiar to India? Ofcourse, not. The system of using surnames or by names, which are used either before or after one’s given name, based on one’s paternal or maternal lineage, developed in the Middle Ages. While the population grew, a need was felt to distinguish two or more people with the same name. So surnames came to be added to the given names based on the person’s occupation, where they lived, how they looked or based on their father’s name. At most, these surnames were supposed to be identifiers. But over time, they took a meaning of their own, as the class power dynamics took shape over the centuries. In India, surnames were given largely based on the caste system, which itself sprang from the Varna System. The Varna system was based on the occupation one did and so the surnames came to be associated with the profession one’s ancestors carried out. All’s well as long as we stick to this story of origin of surnames. If we turn our eye to the use of surnames in India today, a completely different picture emerges, one that we often turn a blind eye to. So, what do the surnames stand for in present day India?

It is my claim that surnames no longer are the neutral identifiers they once were. Surnames hide beneath them some ugly truths of the Indian society.

Truth One - You are always tied to your past. You don’t take birth as an individual and/or can hope to establish an independent identity of your own. If your ancestors imparted vedic teachings, then somehow your surname still suggests that you ought to partake some of those skills. Ofcourse, in reality, you may have never read a Veda in your entire lifetime. If you are a Bansal, a baniya, then you are assumed to be stingy. Whether there is a positive or a negative association attached to your surname, in essence, your individuality is superseded by the general stereotype surrounding your surname.

Truth Two – A woman takes on a new surname and a new identity on marriage. When a woman gets married, she takes on a new life, a new name and now is expected to take on the identity of her husband as part of her own. Some women may opt to do so by choice, but the majority of women have no choice in the matter. There may be some regional exceptions to this rule but this stands true for the majority of women in India.

Truth Three – Children take the name of their father and carry forward the paternal side of the generation. So if a child has his/her mother’s surname, it is an unsaid understanding, that the mother is either divorced or the father refused to lend their name to the children and accept them as his own.

To some, the last two truths may not seem problematic. This is partly so, because we are so used to it. What’s wrong if a woman takes on the husband’s surname? What’s wrong if the children take the father’s surname? Some will protest. It is wrong, if it’s a choice forced upon unquestioningly, on women and children. It is wrong, because it is a matter concerning equality of sexes. Ah, there she goes with her feminist rant, I hear some of you protest. Consider this, the ‘UN Convention on elimination of all forms of discrimination against women’ (1979) mandates that there should be equality of sexes and that both the father and the mother have the same right to choose a family name for their kids. In Europe, different practices regarding surnames, leading to discrimination, have been held as violative of the Convention. The focus of the European Court of Human Rights has been to ensure that both men and women have the same right in choosing the family name. In India, we have a set practice that is left unchallenged, leaving no choice in the matter.

In an ideal world I would argue that there should be no surnames at all. We should have a society where everyone has a given name and is known by that name alone. However, given the practical concerns this may raise, including its impact on the much debatable caste based reservation in India, I intend to argue a more limited point but one that is much needed.

If we can’t do away with surnames entirely, we atleast need to give men and women the same choice in the matter. Women in India, should be allowed to keep their maiden name after marriage, and also to take the husband’s surname in addition or just that, if she so desires. By the same token, men too should be allowed to keep their surname after marriage and/or take the wife’s surname if he so desires. Also both the husband and wife should have a choice to select the surname of their children, whether they want to give both the father’s and the mother’s name, or a different name, or none at all.

Let’s be clear, there is no law in India, requiring women to change their name necessarily after marriage, but the prevailing atmosphere in India is such that no matter where you go, you are compelled to have a surname and change it after marriage. Any derogation from the rule may lead to a host of practical difficulties. Either when applying for a hotel booking, or explaining it to your relatives, you may have to explain why you don’t have your husband’s surname. Therefore there is a need to clarify the law on surnames and guarantee both the men’s and women’s right to choose their surnames after their marriage and that of their children.

In 2012, the Bombay High Court amended a rule under the Family Courts Act, doing away with the requirement that married women have to file any marriage related proceedings only in their husband’s surname. This was a small step in the right direction but India needs to go much farther and ensure equality in matters concerning the surname. Avani Bansal is an Advocate practicing in the Supreme Court of India. She has pursued her B.A.LL.B from HNLU, Raipur and Masters in Law from University of Oxford and Harvard Law School. Write to her at [email protected]