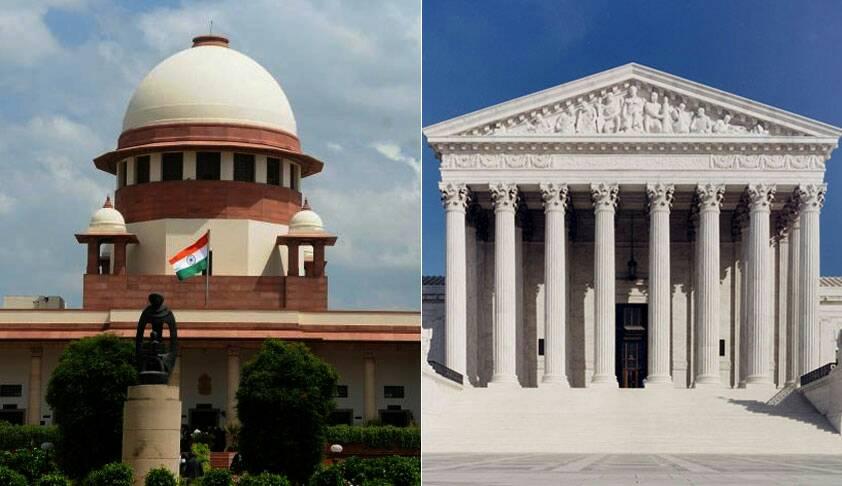 During a hearing, exasperated by the non-serious approach of some lawyers, a judge of the Supreme Court uttered, “Where are we, where are we!” This question hasn’t resonated ever so loudly.The philosopher aspect of Plato’s “philosopher king” is the modern judiciary. The attributes of independent thought and action, love of knowledge, intelligence, and reliability are what we look...

During a hearing, exasperated by the non-serious approach of some lawyers, a judge of the Supreme Court uttered, “Where are we, where are we!” This question hasn’t resonated ever so loudly.

The philosopher aspect of Plato’s “philosopher king” is the modern judiciary. The attributes of independent thought and action, love of knowledge, intelligence, and reliability are what we look for in our justices. Independent judiciary is the most robust pillar of any democracy. This is the reason why we holler for the selection of capable, brave and strong justices. But the final frontier is for them to remain brave and strong in face of adversity.

The Indian judiciary has time and again risen to the occasion and vindicated its purpose. In today’s time of turmoil, we all are asking whether the Indian Supreme Court is robust or broken. In the raging fire of the debate whether the four Supreme Court justices treaded unchartered territory by going to press, the seminal question that arises is whether this action will result in repair.

Let us compare ourselves to the first country’s system. The US Supreme Court was originally housed in the Capitol building, and it was only after an unceasing campaign by Chief Justice William Howard Taft to have the court divorced and separately housed from the executive, that the present building was sanctioned by the Senate. The troubles of the building weren’t over with its sanction, because Chief Justice Taft had to continuously forage for funds for its construction. The first step of an independent judiciary, separation from the executive, now stood achieved in the real and symbolic sense.

Now picture this. In this huge and imposing architectural wonder of the US Supreme Court building, only one medium size room houses the court room. This room has to fit all nine justices, lawyers, clients, spectators (sometimes the President and his entourage too) and press!!! Very hard pressed for space, I would say, and certainly not very conducive to large open ‘public’ hearing. In their defense, one can argue that due to the press presence, the public is certainly informed of the proceedings. But let us also not forget, that the office very carefully chooses the press members. We will let the question of how open this hearing is hang in air.

Now, no matter how novel or complicated the issue of a case, the attorney address is limited to a strict half hour. In my opinion, a total curb on principle of natural justice. No matter how well prepared, well educated, learned or experienced the justices, a debate always opens up new view points and perspectives, which gets foreclosed due to the time constraint.

Then comes the final draw, which is the political and legal bias of the justices. Arguably fiercely independent in legal thought, American Supreme Court justices can never be perceived as politically unbiased since the starting point of their confirmation is nomination by the President. The safeguard of the Senate confirmation hearings certainly throws up a mixed bag, nevertheless, the personal political ideology of the judge is well known and primary to her confirmation.

In comparison, the whole fight in our country is how to ensure absolute freedom of the judiciary from political control. Our justices initially nominated by senior justices having secured a concurrence from the government, come from all parts of the country, and are men and women of experience, and also of learning. Having a political sympathy is a bad word in the court corridors. The hearings are open to all. Unlike other jurisdiction, there is no pre-selection process for listing of cases to be publically heard by the Supreme Court. Every litigant has a statutory or constitutional right to approach the highest court for justice. In this way, India certainly has been more effective in fending subversive control.

The battle today is to free our justices from all pervasive political control. The starting point is the criteria of selection of justices, which we are currently embroiled in threshing out. The other is, for the serving justices to stand steadfast to their oath and allegiance only to the Constitution of India, independent of political whim and desire.

At the present crossroad, it is foolish to criticise the forthrightness of a media statement specially when media is the most recognisable and powerful tool of spearheading change in the modern world. It surely is undesirable to bring the internal differences in the public domain. However, this collective measure has definitely give immeasurable hope and encouragement to the public (which was already not totally ignorant of the malady) of change, and of undeniable improvement.

Unusual times render unusual measures. Any measure to amputate a rotting part must not be criticised on grounds of conservative practice. Undeniably, transparency is the anti-thesis to arbitrariness, and now is the time to speak out and shed the old time practice of letting the malady nurture even when it becomes intolerable. For us to argue in the 21st century to maintain citadels of secrecy is certainly archaic and undesirable. The clearest sign of a robust democracy is the involvement of each citizen of this country in its functioning. Instead of fueling the rift, let the healing of the wound begin. Let us collectively channelize our energies to find constructive solutions to free our justice system from bias and arbitrariness bred by secrecy. The author is a Senior Advocate of  Supreme Court of India.