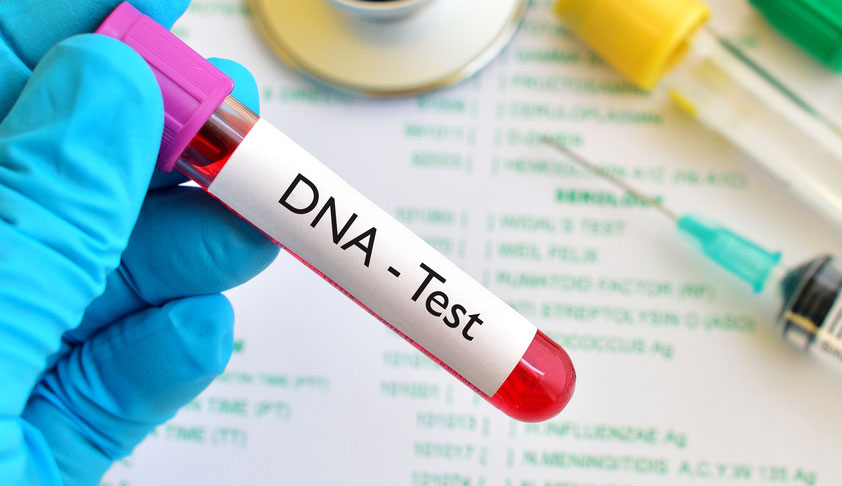 The Code of Criminal Procedure and the Indian Evidence Act were enacted at a time when modern scientific advancement and DNA tests were not even in the contemplation of Parliament or legislature. Worldwide, it has been proven that the results of DNA test, if conducted in conformity with modern and latest protocol on the subject, are scientifically accurate.There is an urgent need to...

The Code of Criminal Procedure and the Indian Evidence Act were enacted at a time when modern scientific advancement and DNA tests were not even in the contemplation of Parliament or legislature. Worldwide, it has been proven that the results of DNA test, if conducted in conformity with modern and latest protocol on the subject, are scientifically accurate.

There is an urgent need to incorporate some provisions in the Indian Evidence Act, 1872, and the Code of Criminal Procedure, 1973, to manage science and technology issues.

Due to lack of such provision, investigating officers face trouble in collecting evidence that involves modern mechanism to prove the accused guilty.

Section 53 of the Code of Criminal Procedure, 1973, authorises a police officer to get the assistance of a medical practitioner in good faith for the purpose of the investigation. But, it does not enable a complainant collect blood, semen etc for bringing criminal charges against the accused. The CrPC (Amendment) Act, 2005, has brought two new sections which authorise the investigating officer to collect DNA sample from the body of the accused and the victim with the help of medical practitioner.

Perspective on Admissibility of DNA in Indian Legal System

Its use as evidence in criminal investigations has grown in recent times in Indian legal system. DNA testing has helped law enforcement, identify criminals and solve difficult crimes. On the other hand, DNA-supported evidence helps in proving that many convicted people are actually innocent.

The introduction of DNA technology is being perceived to pose serious challenge to some legal and functional rights of an individual such as ‘Right to privacy’ and ‘Right against Self-incrimination’. And this is the most important reason why courts sometimes are reluctant in accepting the evidence based on DNA technology. Right to Privacy has been included under right to life and personal liberty or Article 21of the Indian Constitution. Article 20(3) provides Right against Self- Incrimination which protects an accused in criminal cases from providing evidence against himself or evidence which can make him guilty.

Among the many new tools that science has provided for the analysis of forensic evidence is the powerful and controversial analysis of deoxyribonucleic acid, or DNA, the material that makes up the genetic code of most organisms. DNA analysis, also called DNA typing or DNA profiling, examines DNA found in physical evidence such as blood, hair, and semen, and determines whether it can be matched to DNA taken from specific individuals. DNA analysis has become a common form of evidence in criminal trials. It is also used in civil litigation, particularly in cases involving the determination of paternity of identity.

The admissibility of the DNA evidence before the court always depends on its accurate and proper collection, preservation and documentation which can satisfy the court that the evidence which has been put in front it is reliable. There is no specific legislation which is present in India that can provide specific guidelines to the investigating agencies and the court, and the procedure to be adopted in the cases involving DNA as its evidence. Moreover, some provisions allow examination of person accused of rape by medical practitioner and the medical examination of the rape victim respectively. But the admissibility of these evidences has remained in a state of doubt as the opinion of the Supreme Court and high courts in various decisions remained conflicting. Judges do not deny the scientific accuracy and conclusiveness of DNA testing, but in some cases, they do not admit this evidence on the ground of legal or constitutional prohibition and, sometimes, the public policy.

Many developed countries have been forced to change their legislation after the introduction of the DNA testing in the legal system.

There are certain provisions which are present in the Indian Evidence Act, 1872, such as Section 112, which determine child’s parentage and states that a child born in a valid marriage between a mother and a man within 280 days of the dissolution of the marriage, and the mother remaining unmarried shows that the child belongs to the man, unless proved otherwise but again no specific provision which would cover modern scientific techniques. DNA analysis is of utmost importance in determining the paternity of a child in the cases of civil disputes. Need of this evidence is most significant in the criminal cases, civil cases, and in the maintenance proceeding in the criminal courts under Section 125 of the CrPC. But it has been held by the Supreme Court on several occasions that right to life and personal liberty is not an absolute right. In Govind Singh vs State of Madhya Pradesh, the Supreme Court held that a fundamental right must be subject to restriction on the basis of compelling public interest.

DNA (deoxyribonucleic acid) is broadly termed as building the genetic blueprint of life. It was first described by the scientists Francis HC Crick and James D Watson in 1953. Crick and Watson identified the double-helix structure of DNA, which resembles a twisted ladder, and established the role of DNA as the material that makes up the genetic code of living organisms. DNA is the same in every cell throughout an individual's body, whether it is a skin cell, sperm cell, or blood cell. With the exception of identical twins, no two individuals have the same DNA blueprint.

DNA analysis for a criminal investigation uses highly sophisticated scientific equipment - first a DNA molecule from the suspect is disassembled and selected segments are isolated and measured. Then the suspect's DNA profile is compared with one derived from a sample of physical evidence to see whether the two match. If a conclusive non-match occurs, the suspect may be eliminated from consideration. If a match occurs, a statistical analysis is performed to determine the probability that the sample of physical evidence came from another person with the same DNA profile as the suspect's. Juries use this statistical result in determining whether a suspect is guilty or innocent.

The Supreme Court dismissed the Delhi High Court’s decision ordering ND Tiwari to undergo the DNA test is very important from the viewpoint of the admissibility of such evidence. In this case, Rohit Shekhar had claimed to be the biological son of Tiwari, but ND Tiwari was reluctant to undergo such test stating that it would be the violation of his right to privacy and would cause him public humiliation. But the Supreme Court rejected this point stating when the result of the test would not be revealed to anyone and it would be in a sealed envelope, there is no point of getting humiliated. The Supreme Court further stated that we want the young man to get justice; he should not be left without any remedy. It would be very interesting to see that how courts in India would allow the admissibility of DNA technology in the future.'Senior Advocate Ashok Bhan, senior member of Bar Association Supreme Court